The Saturday Sanctuary Loop and Pukekohe Stream Tracks and Kauri Stump Walk at Omahuta forest gave us a taste of what this incredible kauri dominated forest used to be. With the remaining giants still standing sparsely among kauri grass, swamp maire, towai, rimu and even some hard beech on a ridge where we ate lunch, we were in awe. We took our time around the route on easy terrain and along old skid tracks much of the time. 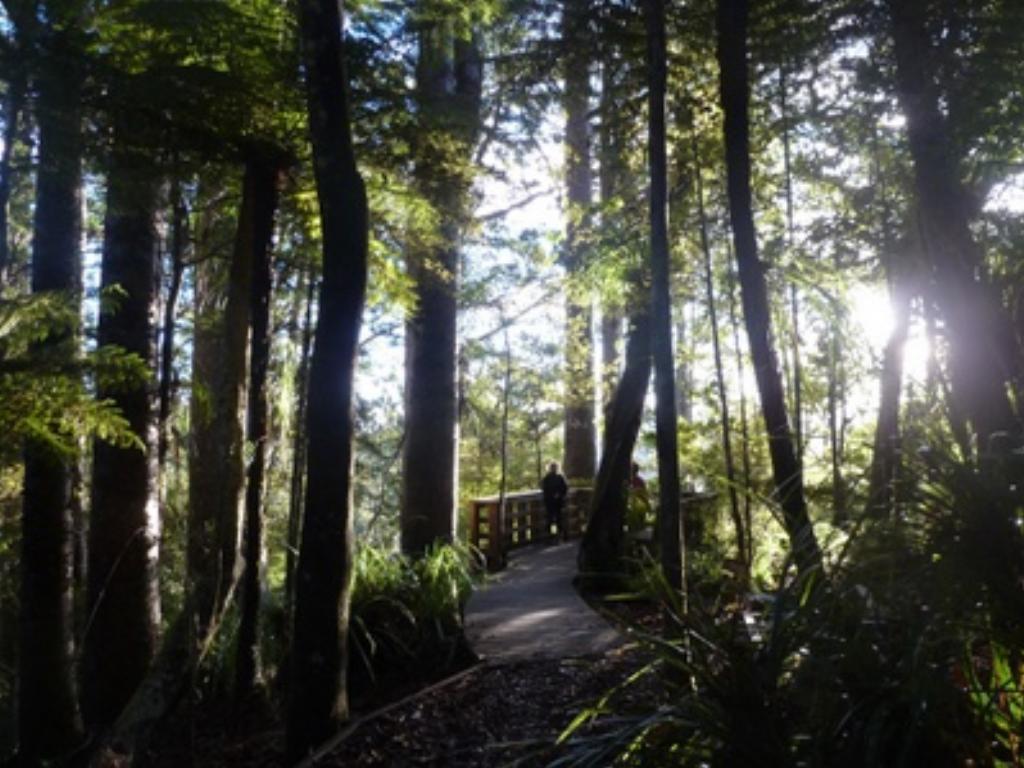 On the afternoon drive back to the hut we stopped to walk the Waihoanga Gorge Kauri Walk for about 1.5 hours. This forest was less wet and the terrain more undulating than that we’d traversed during the morning and swamp maire was absent. There were several views, including an enticing one of a stream plunging over a rock ledge near the track entrance and of distant forest.

Back at the hut the men rapidly had a roaring fire underway. Thanks so much Martin for thinking of bringing along a bundle of dry firewood which was supplemented with damp stuff from the woodshed.

So many shared dinner delicious dishes were on the table that night.

Sunday morning was stunning crisp, clear weather and for 9 km we strode along Pirau Ridge Road to reach Pukatea Ridge Track. Four of the party pre-planned to backtrack to the hut. The mileage marker post distances seemed out of kilter with some feeling far closer together than others. As the Pukatea Ridge Track name suggests, travel is down a skinny ridge with great views in parts. 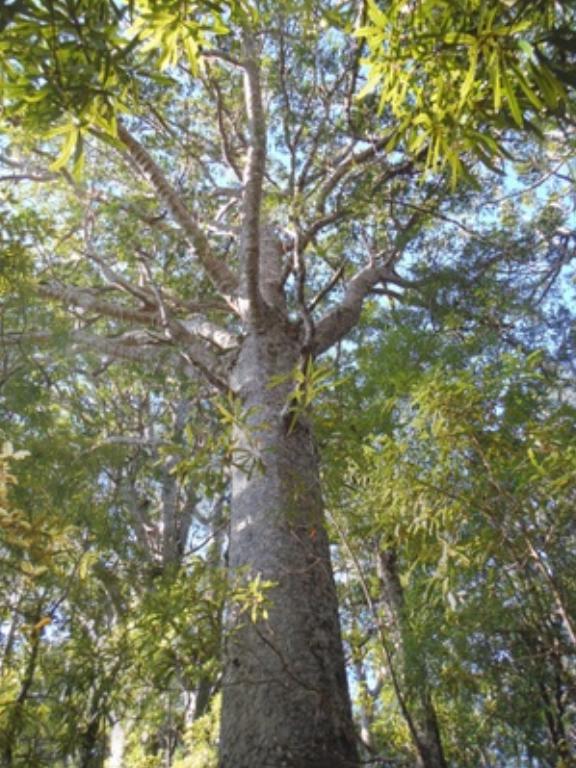 Chewed kauri snail shells were numerous on the track. The trapping network throughout this entire forest is huge. At the Waipapa River travel becomes a scrabble along a goat track above the river for the best part of 2 hours until it flattened out and then onto an old formed road or logging railway line, we couldn’t decide which. The River is stunningly beautiful and would be very enticing in summer. DOC signage was suggesting this was a 9 hour trip over which we took 7.5 hours.

Thanks so much to the organisers of this weekend. It was excellent to be going north instead of south into the cold!