This was the first of a new initiative to provide new day tramps now that so many of our old favourites have been closed. The idea is to have two day tramps on consecutive weekend days with optional accommodation overnight in a campsite. This allows us to travel further to find suitable tramps and explore new areas.

This time we went to the Dargaville area. On Saturday we travelled to the Tangihua forest area where there were a variety of well-marked walks. 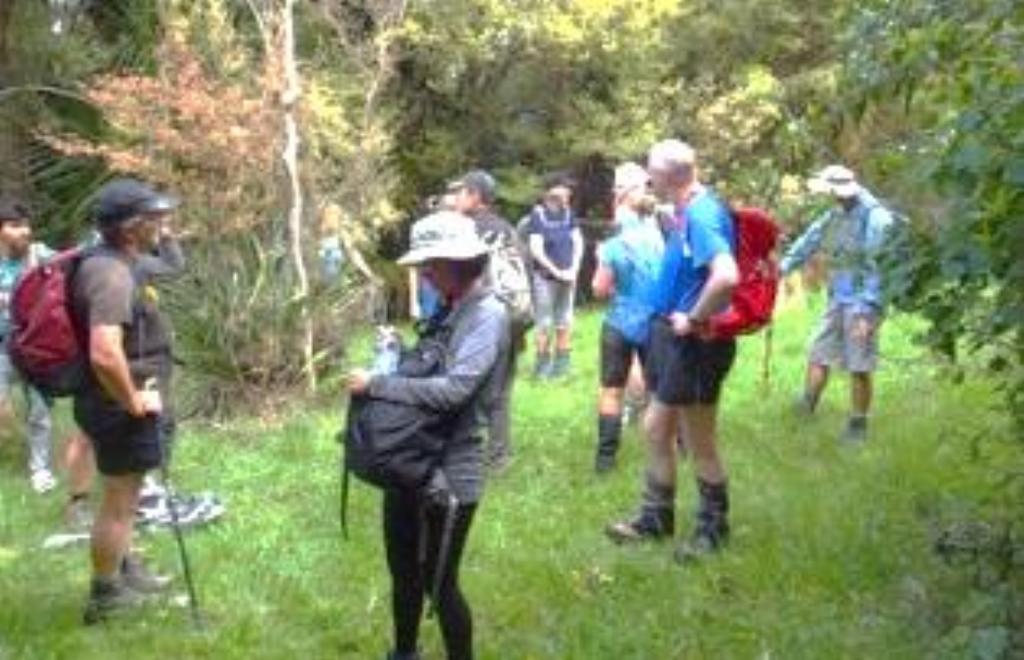 All 14 of us took the Horokaka track to the peak of 552m, taking about two and half hours. The weather was beautiful and the forest at its best. There were a few narrow places on steep slopes needing care. For some that was quite an achievement, and these people returned back on the same track diverting onto the Tumanako track making a good 5 hour tramp. 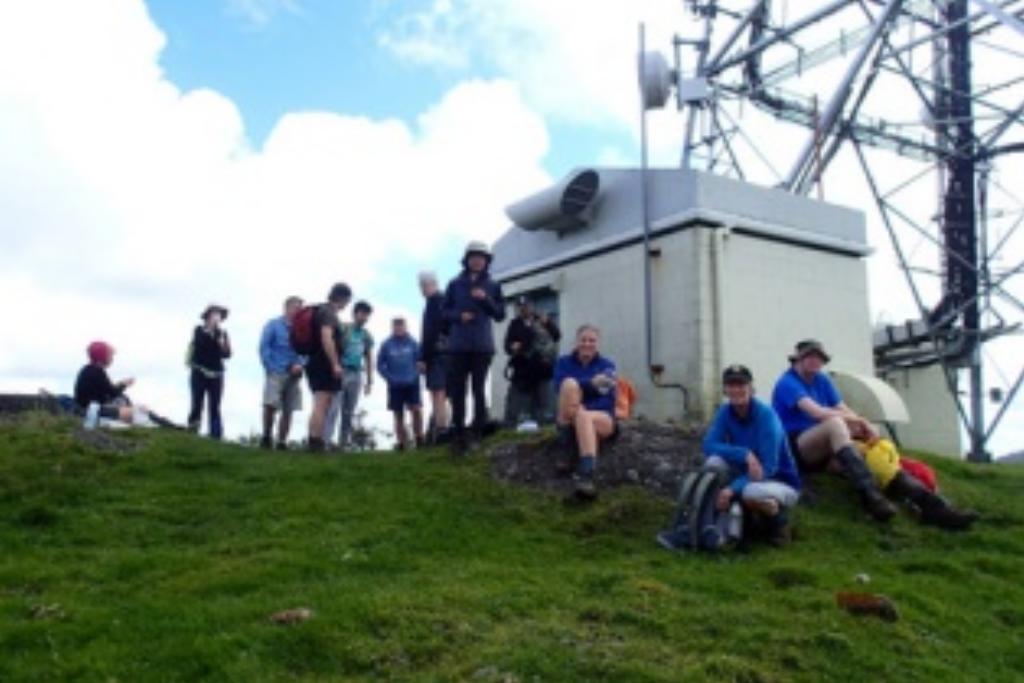 8 continued along the Main Ridge Track, which is quite demanding, and returned down the Te Haua Ura Track, through the kauri grove, making it back one and half hours after the others. 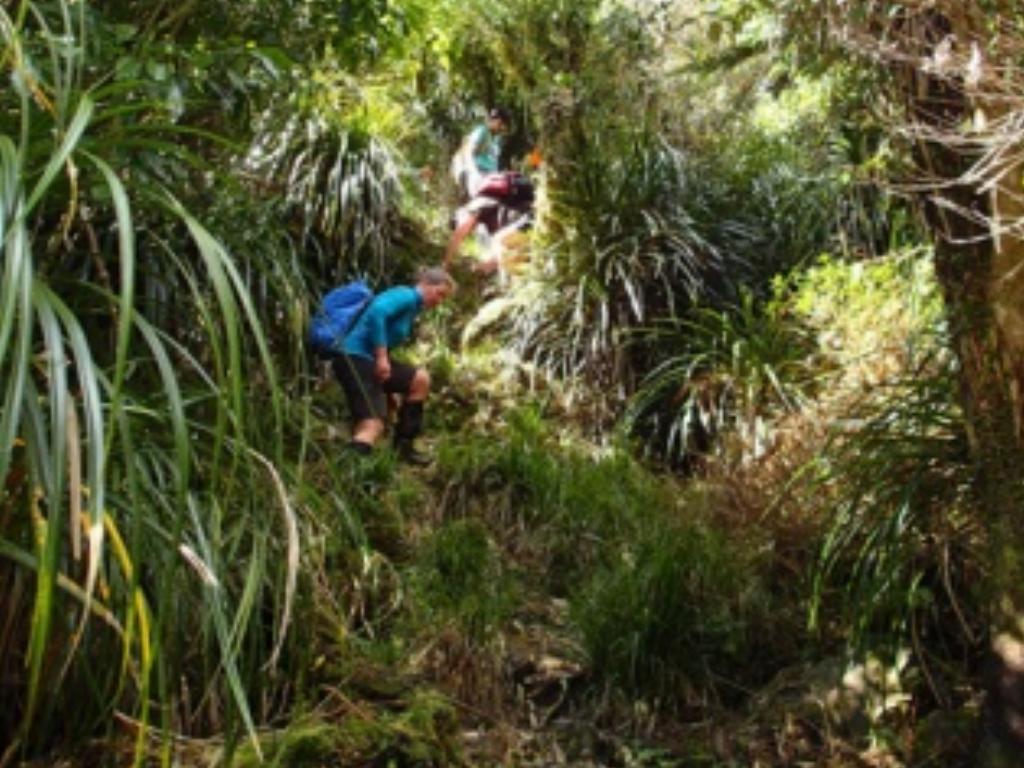 On Sunday, another beautiful cool day, we went up Mt Tutamoe (770m), quite a climb. Initially we were on a forest road with new growth of trees giving grand views of the surrounding countryside. Later we moved up more steeply into rich native bush. At the end it got very steep requiring hands and feet to get up, but the top was very rewarding with great views all around in bright sunshine and a well-earned lunch break. 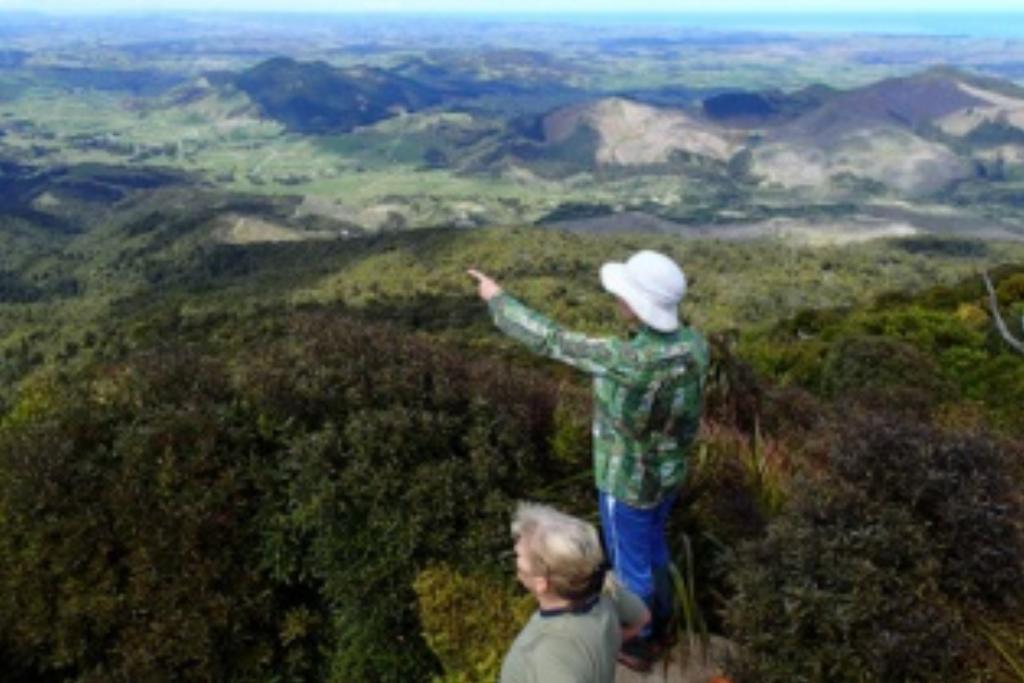