A beautiful autumn day and 26 trampers front up to do this tramp that links up all the green areas from Takapuna to Kauri Point and beyond.

Some had done parts of this tramp before and one or two had come with me when we last did this one a couple of years ago but to most it was a tramp with a difference not in the Waitakeres, the Hunua’s or the Coromandel.

As the route started and finished sixteen kilometres apart, I had arranged for our driver Keith to drop everyone at The Strand in Takapuna, then to drive over to the Chelsea View Primary School in Birkenhead where I was waiting to take us both back to our starting point in my car.

Within a few minutes of tramping we were on our first green area on Barry’s Point track that runs down the eastern side of Barry’s Point Road.

Up and over the road then across open mowed field’s to the Esmonde Road Park and Ride Bus Terminal. The terminal building has a concrete and glass overhead walkway that conveniently allows us to safely cross the Northern Motorway into the AUT grounds on Akoranga Drive.

From here down a walkway alongside The Warehouse Headquarters and into Tuff Crater.

Tuff Crater is a flooded volcanic crater with a pathway going seven eight’s of the way around it. There are long standing plans to bridge the gap but nothing concrete to date. Voluntary work has seen a lot of plant restoration to complement the track upgrade and wooden walkways over swampy sections.

We exit the crater at Heath Reserve and cross Sylvan Avenue to a track that leads down into the Onepoto Domain. Onepoto is buzzing with lots of young children enjoying the top class playground and a model yacht club re-enacting their own version of the America’s Cup on a large pond.

On then to a well concealed track that borders the mangroves and wends it’s way around the western side of the domain to exit in Lake Road, Northcote.

On the other side of the road and hidden behind some commercial buildings a track leads through Cecil Eady Bush that in earlier years was noted for it’s bullock tracks. These days some well constructed raised wooden boardwalk taking us over a rather swampy area that had also been the recipient of voluntary replanting with flax in particular.

Up a set of wooden steps with a rather fancy stainless steel handrail and into Kauri Glen Reserve. Partly a very pretty open grassy area that has been known to host the odd Dixieland Jazz concert in years past.

Time then to cross over Onewa Road and drop down through the lower part of Le Roys Bush and across boardwalk to exit to Hinemoa Street in Birkenhead via Glade Place. Down Telephone Road and to Chelsea Bay for our lunch stop. This is a very picturesque bay that offers great views towards the city as we relax after just on three hours of relatively easy walking so far. After lunch and five minutes later we are beside the Chelsea Sugar Works.

We walk around the side of a very large duck pond with a small dam and spillway before heading up a road signposted ‘Keep Out’ that we ignore as we need to access the coastal cliffway walk that starts part way up. We are now in Centennial Park, an area totally covered in trees and undergrowth, which leads us to Kauri Point. Great views across the inner Waitemata harbour as we make our way down to the beach at Kendall Bay. The sun was still shining and this was a perfect place for a five minute drink and rest stop before we tackled the climb up to the top at Onetaunga Road.

Lot’s of new wooden steps here that had us all breathing a bit faster as we climbed up the very steep Swamp Track. Again magnificent views from here looking across the upper harbour towards Point Chevalier. Could clearly make out Meola Reef that stretched out three quarters of the way to the Point. 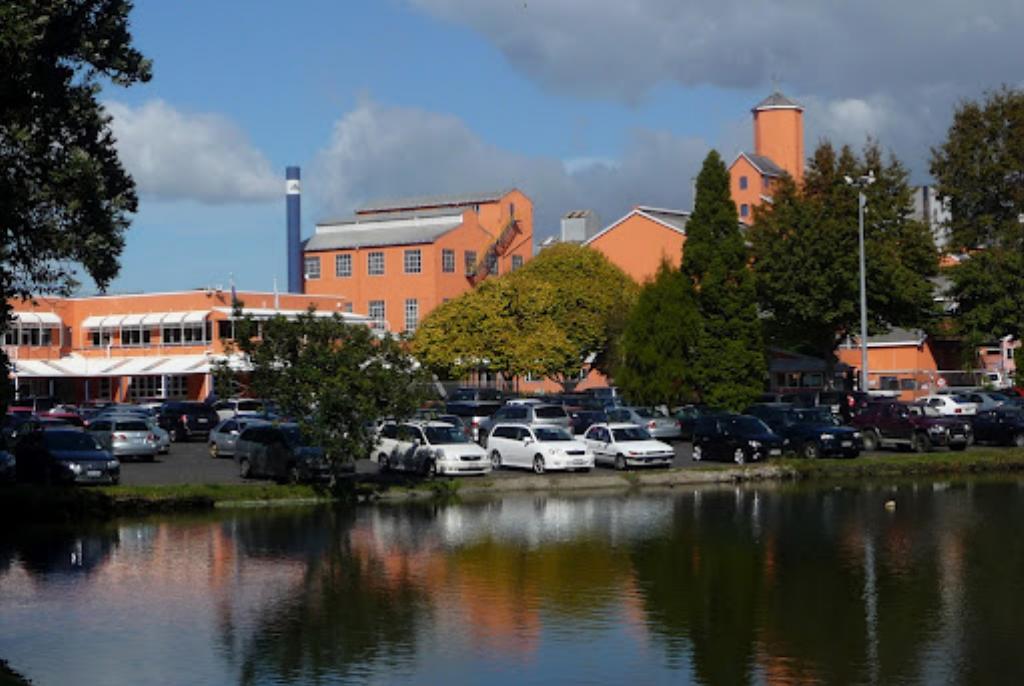 We were now in the suburb of Chatswood and still had some time to go through the Chatswood tracks that wended their way to the northern end culminating in a small grove of reasonable sized Kauri trees. Different sort of bush in these tracks and thick enough to shield you from the houses on the adjoining streets.

Exiting then up Fitzgerald Glade and into Chelsea View Drive and up Harper Street. Big Blue was waiting just around the corner.

All up inclusive of lunch we were out for just short of six hours as we had had many stops to regroup along the way.

Thanks Keith for the driving and to everyone who made it an enjoyable and sociable day out. Ian W Morris (Leader)