This was a very productive working bee at Ngaro Te Kotare, our hut in the Waitakeres. 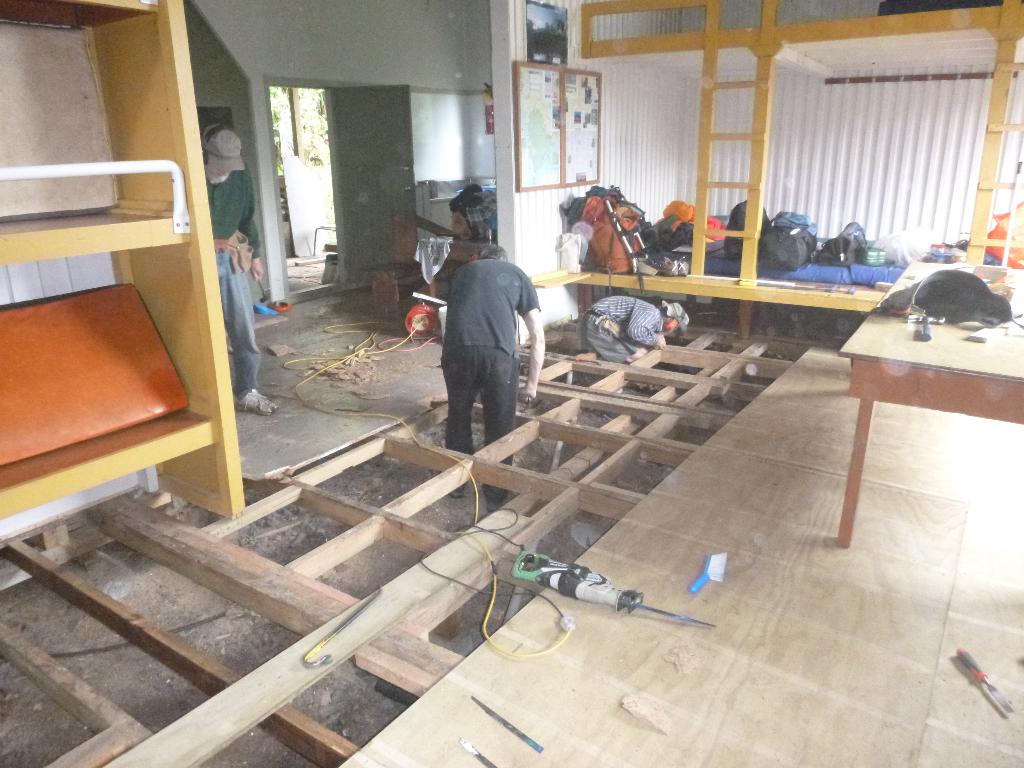 A major objective was the floor replacement - as a result of a concerted effort by Jim, Brian, Robin and Keith this was finished, but for some trims, and staining. Also assisting to carry in the 20 heavy sheets of plywood flooring from the carpark were David and Tony.

Great progress was made on the entrance track, which had become quite muddy as a result of all the rainfall over the last many months. Drains were cleared, dug deeper and some cross track culverts were replaced. Punga logs were laid across the track, and these settled into place well given the muddy state of the track - the previous punga track base was laid around 15 years ago. And trackside vegetation was cleared.

Malcolm used his weed eater to mow the lawn in front of the hut. 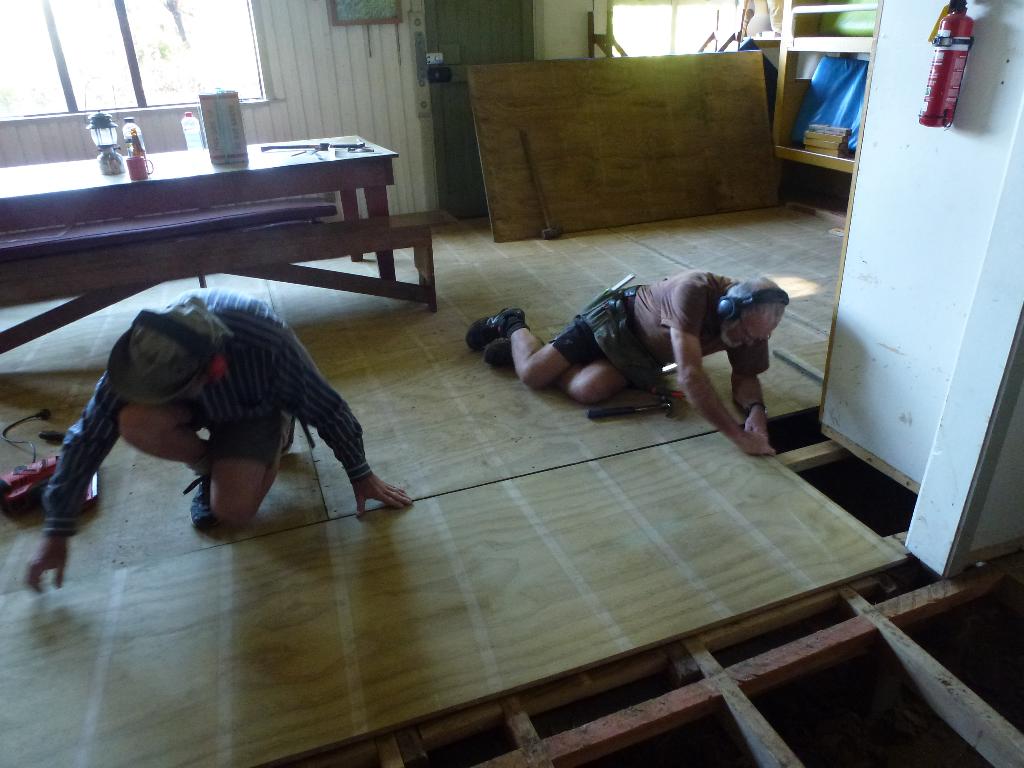 In addition to assisting with the track, Jean did a stocktake of the kitchen gear and culled some surplus items ... there were 80 forks ! And she also attacked the gorse on the Cutty Grass track near our carpark. 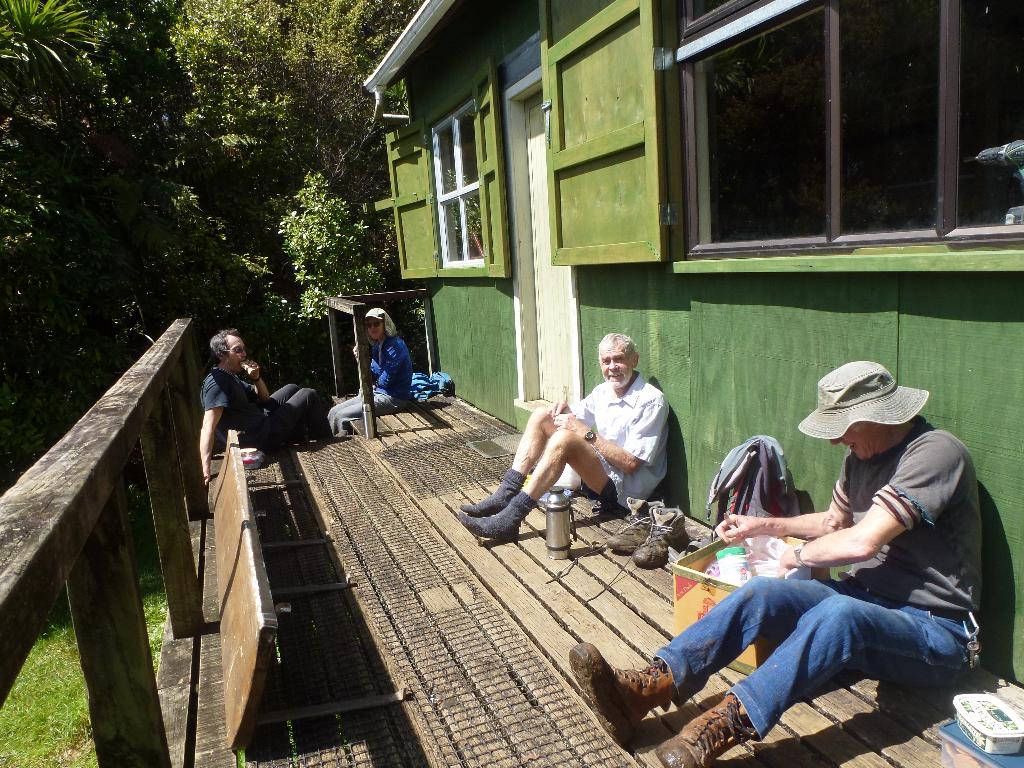