ATC and the Walking Club of Victoria

On a busy Sunday in February we ran two trips - one on the Mt Donald McLean - Omanawanui - Whatipu route, including our 8 Hawaiian visitors using a hire van and private cars, and also a second trip involving 27 members of the Walking Club of Victoria (from Melbourne) on the Cossey - Wairoa - Massey loop in the Hunuas. Unfortunately the two trips could not be combined because the Whatipu roads and traffic are not suitable for the bus these days, and the bus was needed to transport the "Victorians" for their trip, given the number in their party. So on the day the Hunuas trip was hosted by Tony Walton, with Larry Beard driving. 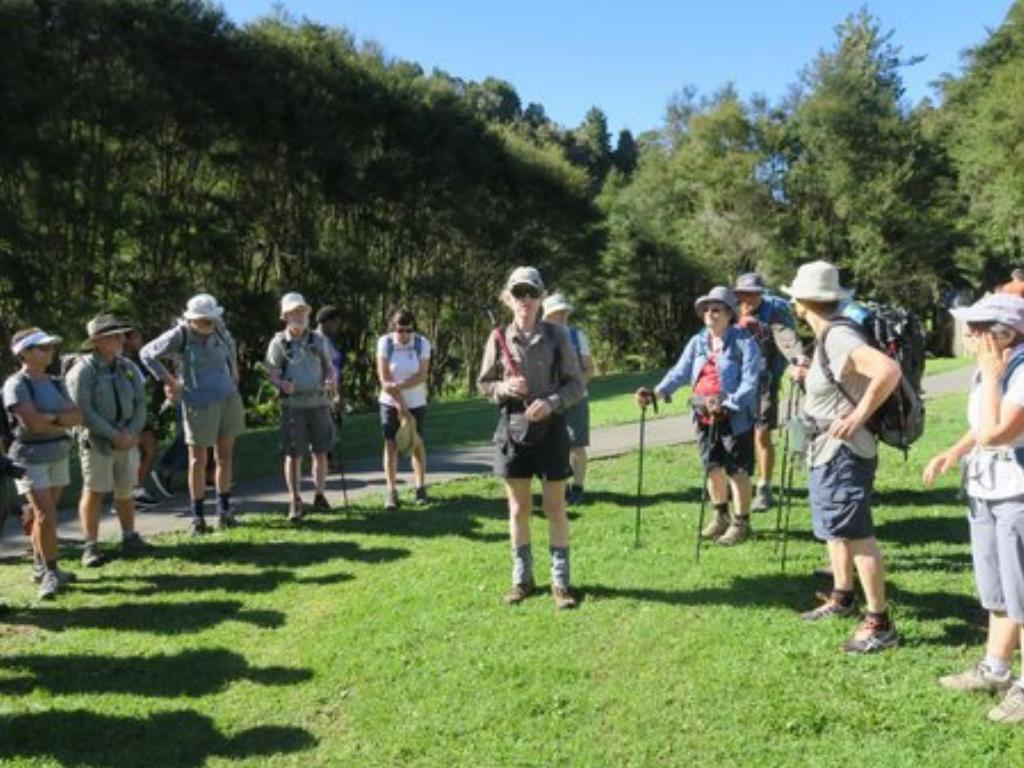 The visitors were staying at the YHA in City Rd, as part of a one week trip walking in the Auckland area - other walks involved the Coast to Coast walk (easier to do in NZ than in Oz... ), Tiritiri Matangi, Rangitoto, a North Shore parks ramble near the Chelsea sugar refinery, and Waiheke Island. 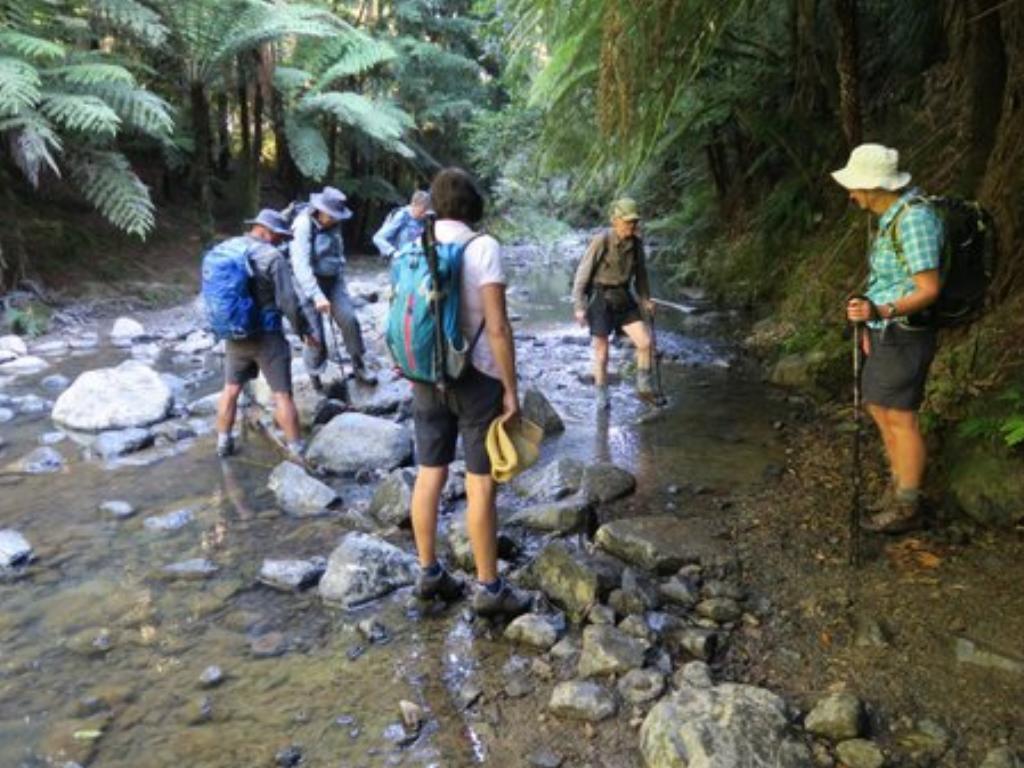 On the Sunday morning we picked them up from Mayoral Drive and then travelled to the Hunua Falls carpark via Papakura. On arrival there was space in the carpark for the bus - fortunately we arrived soon enough, as when we returned after our walk the carpark was full and cars were also parked on the grass. After a round circle briefing session, including the instructions on cleaning gear at spray stations, we were on our way towards the Cossey stream. That is a slippery little crossing with tempting rocks to balance on, but it was a relief that everyone crossed safely without injury to body or pride.

I had promised a "few" steps on a "good" climb at that point, which was a real test for the group since it involves a lot of steps up the hill, but fortunately all made it up to the junction with the track to the dam for a welcome morning tea break. Concerned questions about whether that would repeated further on in the track, but suitable assurances were made and received, and I hoped I was right .... 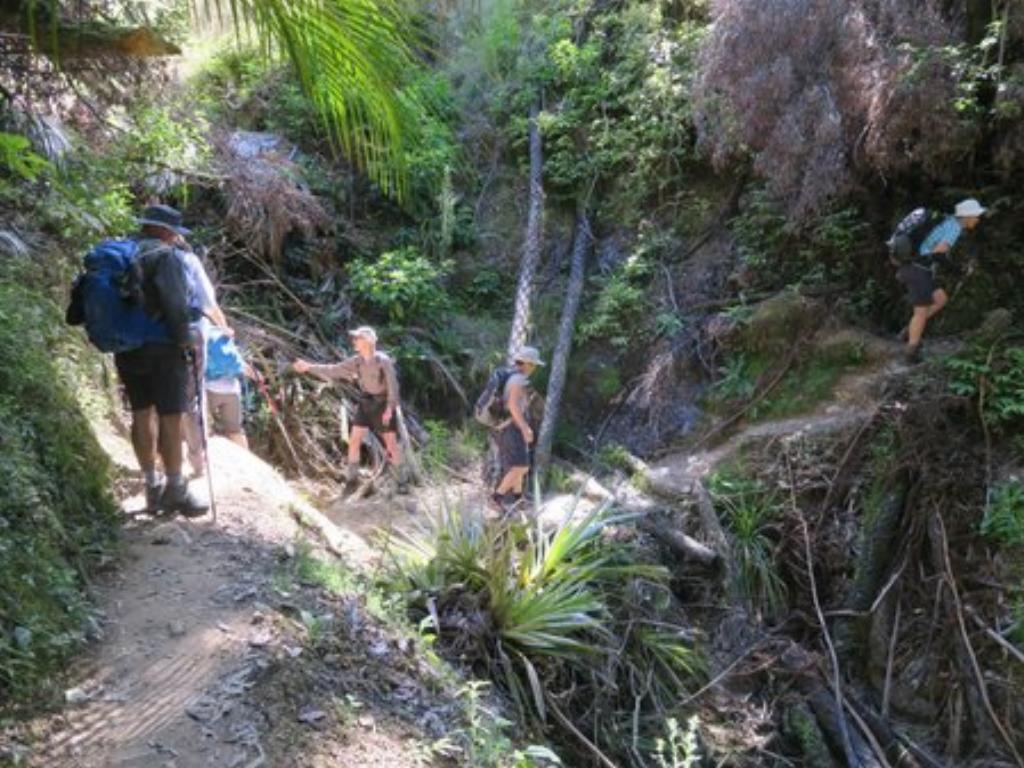 The track that sidles high above the stream towards the dam was in good order, despite some obvious points where there had been decent slips in last year’s Hunuas heavy rain season. So up to a sunny grassy lunch stop on the northern side of Cosseys Dam itself. More questions about hills coming up. The map said we had a gradual ascent for a while on the Wairoa track, but again everyone made it in good time to the junction with the Massey Track.

On the way down the party had the opportunity to appreciate the majestic kauri grove a couple of minutes off the main track from the safety of wooden platforms and steps. And then the long descent (with a few ups too) down to the junction with the track to the Cosseys Stream that we had left a few hours before. No one thought it especially funny that we could do the loop a second time.... 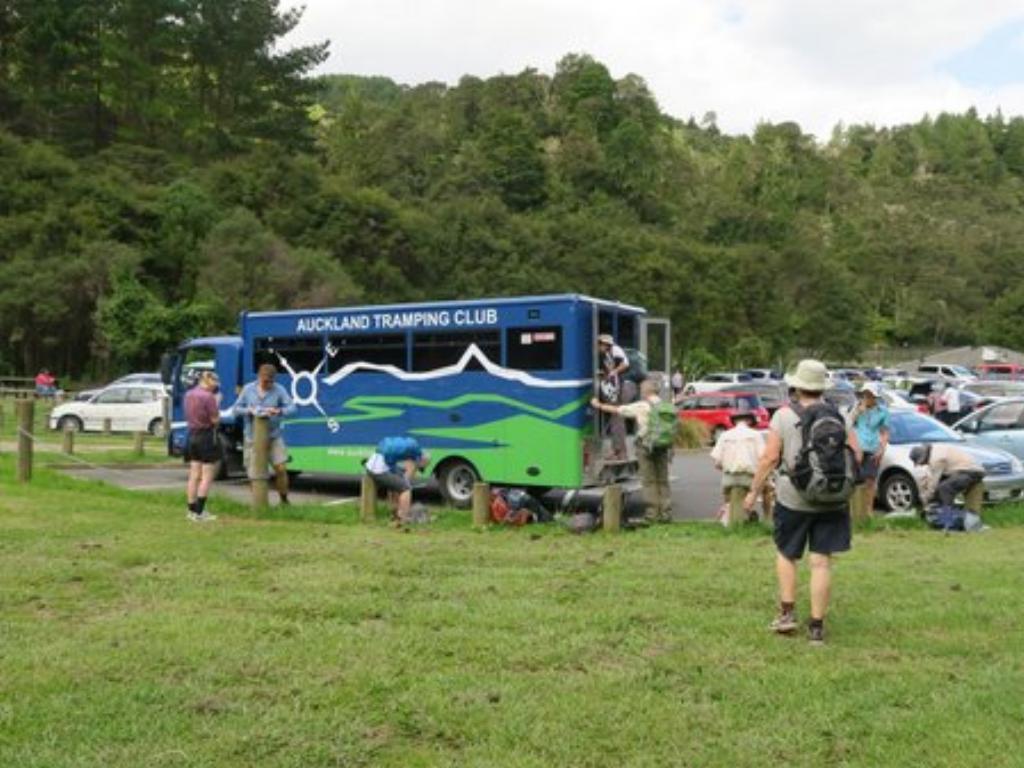 So then back to the heaving carpark, with time to view the Hunua Falls themselves, and raid the mobile caravan selling ice creams and other post tramp alternatives to health food. An additional Auckland experience on the way home - the southern motorway squeeze leading to the Papakura causeway.