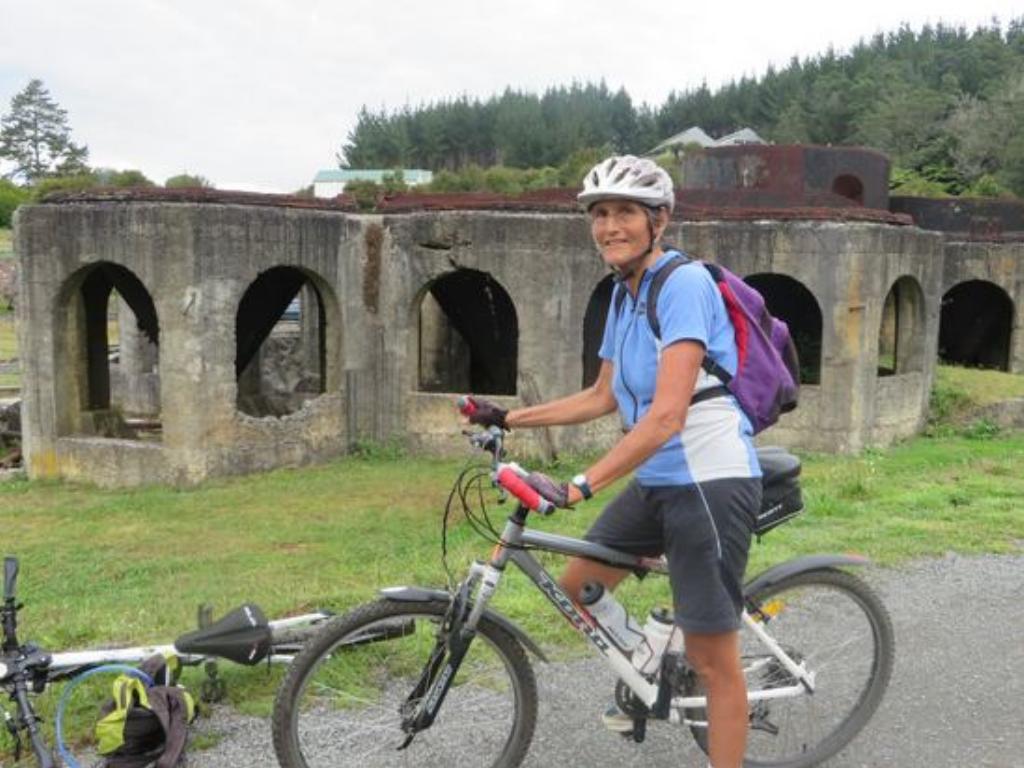 The Hauraki Rail Trail, graded easy, follows a historic railway that runs across the Hauraki Plains consistently of dairy farmland and then through the Karangahake Gorge to Waihi. The Paeroa Race Course was base camp providing a real treat for Margaret’s Merry Band of Bike Riders. We were blessed with flushing toilets, running water and the flattest piece of mown ground, canopied beneath the shade of sprawling trees, that campers could hope for. Paeroa’s hospitality came to the fore and we were welcomed ten times over by the local security guard, caretaker and resident night watchman. Sue, a horse lover, even had the pleasure of viewing dawn horse riders on the racetrack. The weather gods smiled upon our 8.00am starts and nighttime biking post mortems - the starlight night being warmed by sweet tasting wine and the sharing of a Spanish girl’s propensity towards Scottish whiskey!! Terry’s table and chairs were quickly snaffled up and created the convivial meeting spot.

Margaret had the biking timetable completely under control with a coffee/lunch and ice cream stops perfectly peppered throughout the day. The gradient was virtually non-existent, the tracks in awesome condition and the company was nothing but the best.

Day One saw us, after setting up a noontime camp, heading to Te Aroha and back (44 km) A pleasant warm up with only one major mishap - Kay got entanglement with a concrete cattle stop, with her tyre coming off second best. Despite the many hands that attempted to put things right with rubber and glue she unfortunately proceeded to completely blow out that tyre the next day.

Day Two took us to Thames and back (70km) with a 3kmm jaunt along the rainbow painted waterfront. We maneuvered our way through countless cattlestops with an upside down cow very much dead to remind us that we were in the heart of the dairy countryside. A minor incident had Debs jumping out of her bike pants with horror when Faye insisted that in China it’s quite all right to munch on Deadly Nightshade berries ... well fortunately for Faye she did live to bike another day.

Day Three (56km) got us to the first coffee stop, Waikino, a lovingly restored historic train station for tea and scones before that predicted rain came - it just poured down. And yes, in true ATC adventuring spirit we did head out into the deluge to get joyfully drenched and covered in mud from top to toe. We pushed on to Waihi for lunch, dripping like leaking faucets while we queued for cafe refreshments. This part of the trail proved to be the most interesting - an undulating track with mining relics, a meandering river and the longest darkest tunnel that I have ever attempted to cycle. Within its darkest depths Terry came off second best after attempting a disastrous bicycle passing maneuver, but was well tended to by a team of sympathetic cyclists squirting him with the healing waters from their drink bottles.

Linda also managed to leave a little elbow flesh on the tunnel walls but otherwise thanks to our fantastic leader, Margaret, who was constantly at the ready with her bike shop ‘fix it’ skills, we all had a wonderful time... albeit there were some newbie riders who were returning to Auckland and an afternoon on the couch for cricket with very tender rear ends. 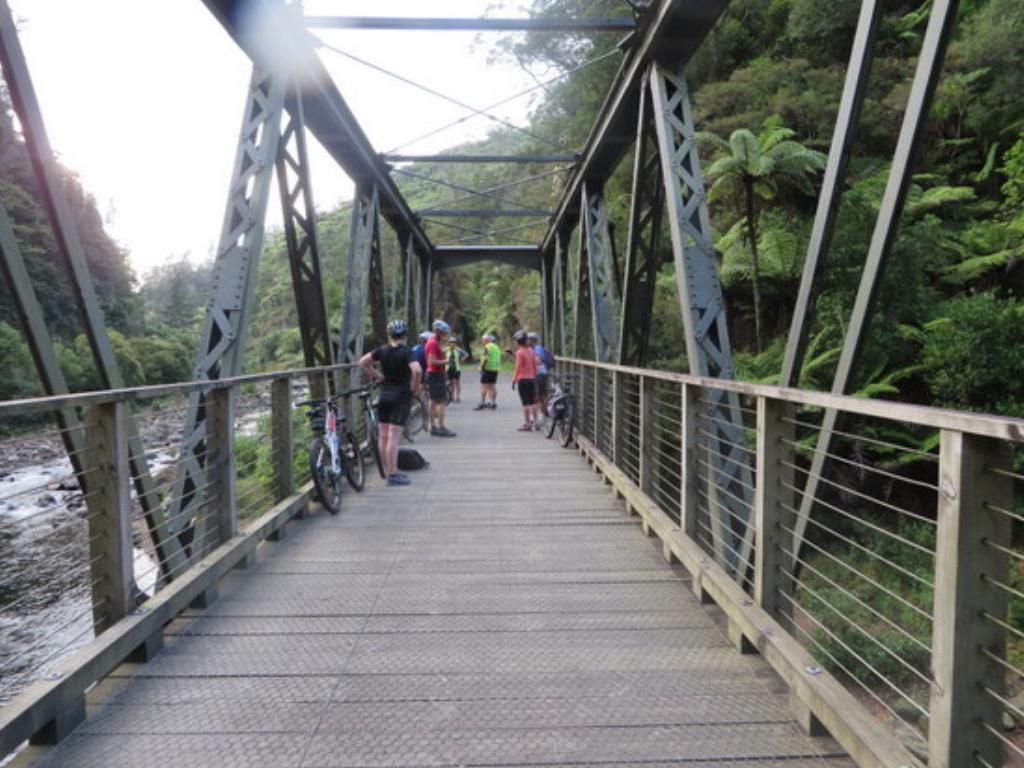