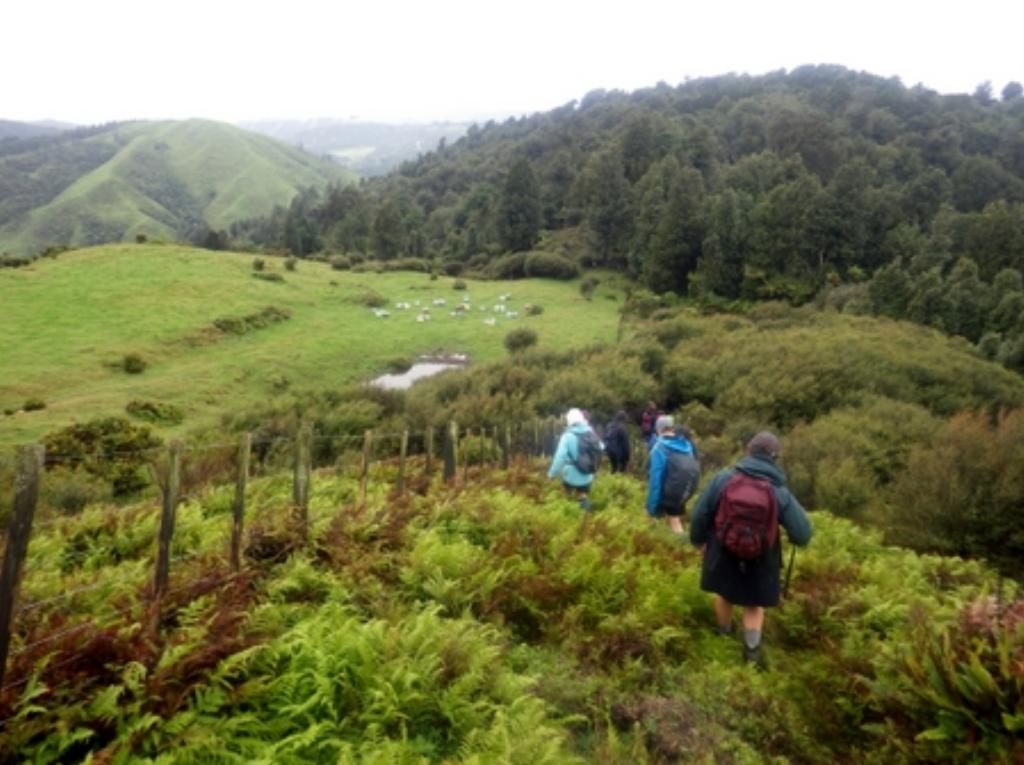 An interesting weekend was in store as the ATC again joined up with a young and keen group from Western Springs College. As well as two day trips on sections of the trail either side of Waitomo township the group stayed in the luxurious accommodation of The Hamilton cavers club on Friday and Saturday nights.

The first day tramp didn’t start well as on leaving the bus the full force of nasty weather ( strong winds and rain) hit. However this was soon forgotten as a solid climb mostly initially on farmland distracted thoughts from the weather. The day contained an interesting tramp through a mixture of farmland , sections through native bush , some very muddy sections and a river crossing. 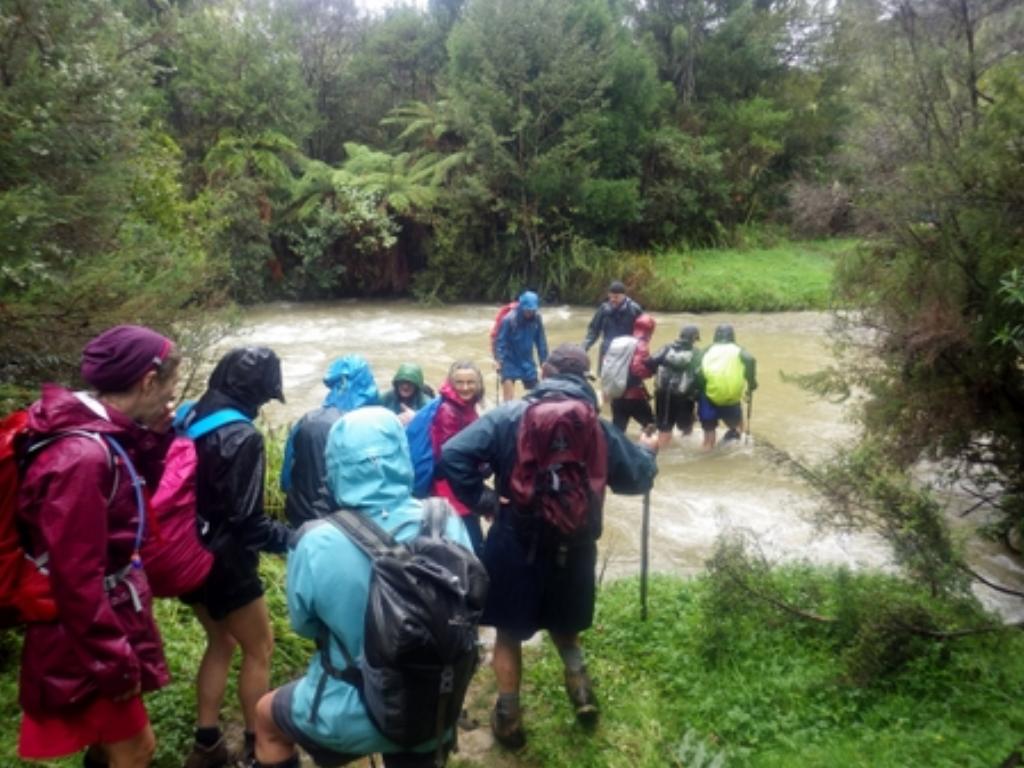 The old hands from ATC demonstrated safe river crossing techniques to our younger student group. However the students were able to demonstrate the joys of slipping in the numerous boggy sections, each slippage being greeted with shrieks of laughter. The day ended with a road bash with our intrepid driver Keith shuttling some to shorten the journey. After the joys of a hot shower , culinary delights were in order as a pot luck dinner was put together. 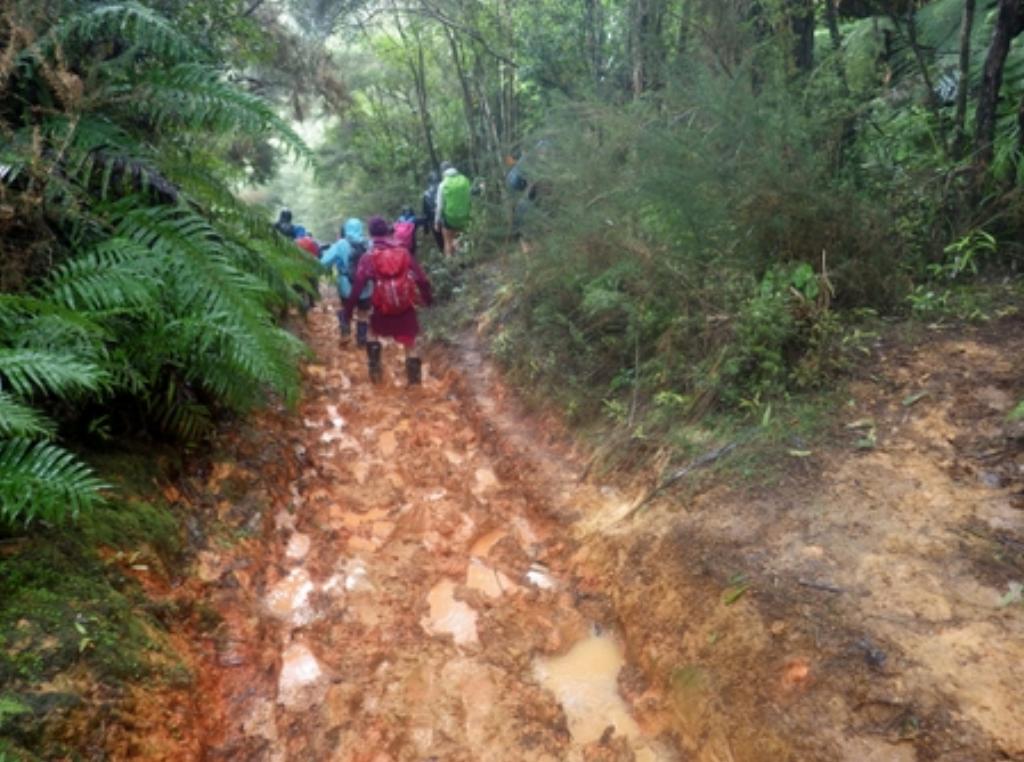 Day 2 started with a short walk through an interesting loop walk near Ruakuri Cave. Then the real walk started with the final destination Te Kuiti township via farmland , short bush sections, and a climb to a prominent lookout point over Te Kuiti township. Highlights here were several high viewpoints with prominent views in all directions , a section through a remnant kahikatea stand , and walking through working farms. A lunch stop between a section of native bush and farmland had wide ranging views including toward Pirongia and the northern end of Pureora. A glance at the contour map was a little deceiving at times as several large deviations to avoid houses or other landmarks meant a big downhill was followed by a big uphill rather than the more logical path following the contour.

The trek ended adjacent to a café in Te Kuiti , which several thirsty and hungry trampers seized upon. Overall a very enjoyable weekend with a large variance in ages in the group. Many thanks to our driver Keith in making such a trip possible plus leader Martin in putting the trip together.