One of our longer day trips ended up scheduled in mid winter, not far away from the shortest day. Requiring a drive to / from the very end of Kauaeranga Rd, east of Thames, a walk described as 6-8 hours (less than the standard track times). Experience has led us to schedule a meal stop in Thames before heading back to Auckland. 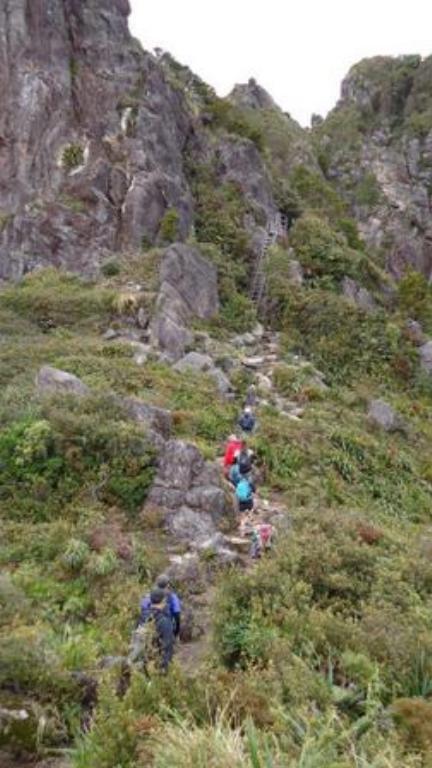 The day dawned fine - warmer than previous mornings that week (no frost), although rain was forecast from mid afternoon on. Despite that a good group of 19 people accepted the challenge, and dutifully listened to Tony’s concerns on the bus that we needed to be back at the bus by nightfall around 5pm ... without losing anyone along the way.

Jim’s great driving ensured we were at the road end and ready to start by 10.30am.

As usual we split into a fast and not so fast group, with Jim picking up the fast group (17 people) and Tony taking the not so fast group (2). We trailed each other all the way through to Pinnacles Hut for lunch, and then almost everyone climbed to the top of the Pinnacles, with great views in all directions, although a touch breezy at the top. 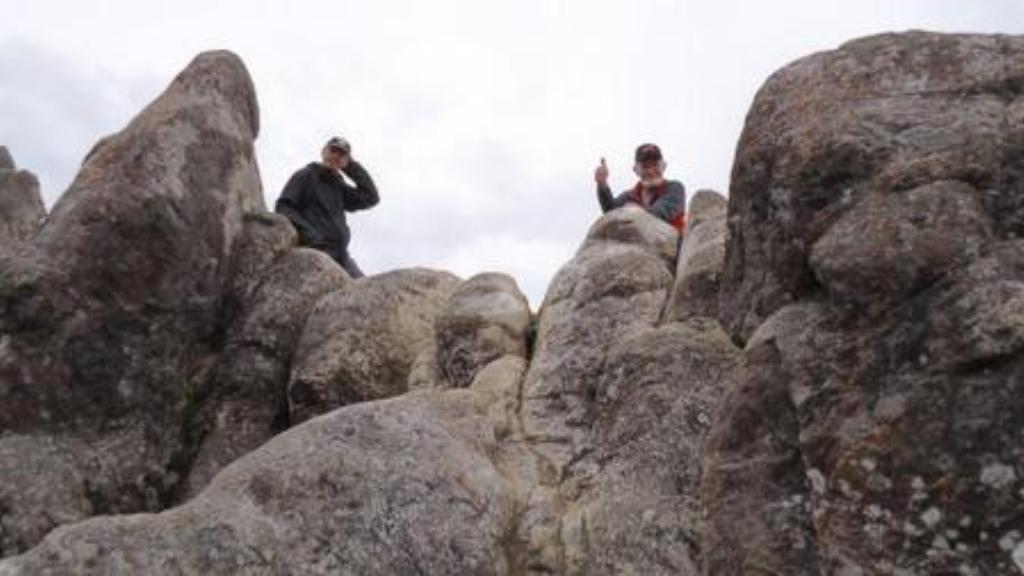 Light showers set in late afternoon, but nothing to really dampen spirits - if anything, this encouraged even more a quick return to the bus, with the Fast group arriving not long after the pumpkin hour of 5 pm. While the bus was driving back along the Kauarenga valley to our appointment with various food outlets in Thames, night fell.

We were most impressed by the amount of storm damage that DOC has had to address in recent times, and the great work they have done to reopen the road and the track - Thankyou DOC !.

The real bonus of driving into Auckland at 7.30pm on a Sunday was that there were no delays on the motorway - Yay ! 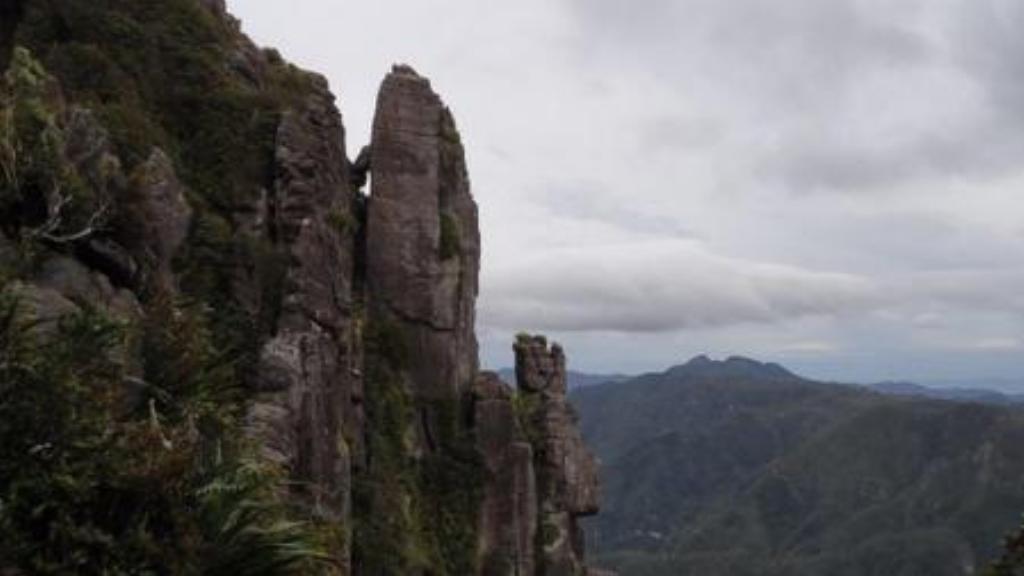 So a fun day and a marvellous group who did such a great job ticking off the scheduled parts of the trip so capably ... and no one was lost along the way.

Tony Walton (scribe, leader - but thanks Jim for driving and leading the Fast group)

Also check the Meetup photo record for the trip at https://www.meetup.com/Auckland-Hike-and-Ski/photos/29026130/