After a fairly chilly night in the bus (should have brought a warmer sleeping bag), I roused my group at 6.30am for an early start as I wanted to reach our campsite for the night before sunset at 5.15pm. Fortunately Keith had parked the bus right at the start of the track, so after a quick breakfast and a few stretches, we were on our way by 7.30.

The Western Okataina Walkway from Millers Road to the junction to Mt Whakapoungakou Summit is also listed as a mountain bike track with fairly gentle ups and downs before gradually climbing to the summit junction. While in front, a wallaby hopped across the path ahead of me - something I wasn’t expecting to see in the NZ bush. 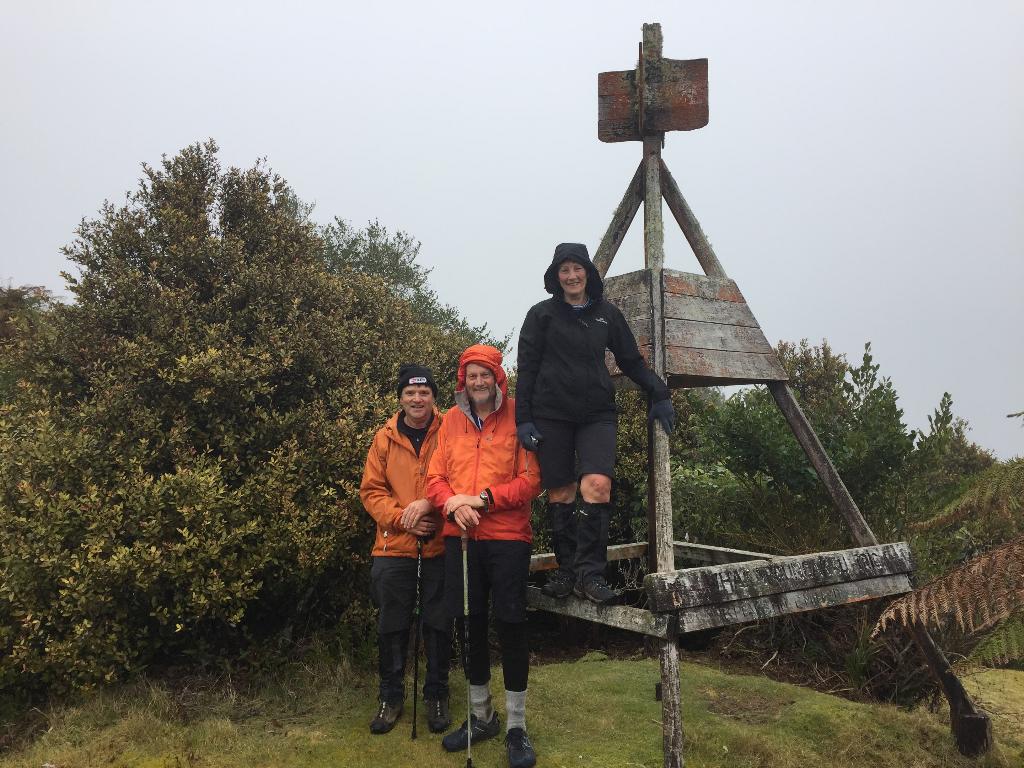 We reached the junction at 10am (11km in 2.5hrs), which was good but not without casualty as Lynda did not feel up to the trip up to Mt Whakapoungakou and back and decided walk on slowly to the next intersection. The rest of us were keen to see the views from the top of the mountain as we had not seen the lake so far. The track to the top was good easy tramping and, despite the low clouds, we got fairly good glimpses of the surrounding lakes.

On the way down, we passed some mountain bikers on their way up who had also come in from Millers Road. Back on the main track, we soon caught up to Lynda and continued downhill to the Lake Okataina carpark. It was during this downhill trek that I realized my new boots were too small, so weren’t such a good on-line buy after all. 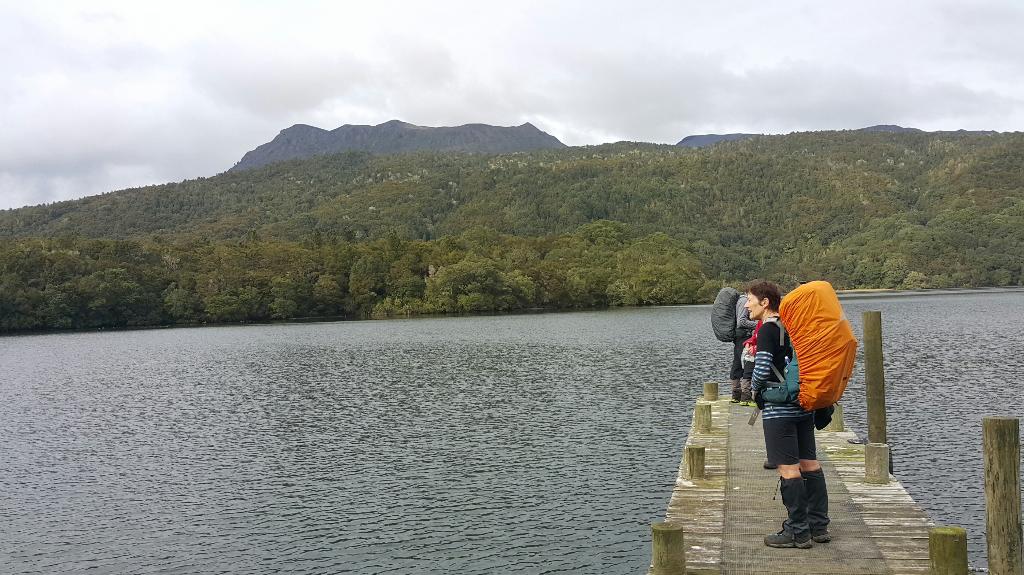 We reach the carpark at 12.30 where we had lunch at a table beside the lake. I was feeling quite pleased with progress so far.

Leaving the carpark at 1pm, we started the Eastern Okataina Walkway and continued on at a somewhat slower pace around the bay. Most of us were carrying minimal water as the map showed several streams crossing the track to enter the lake. Unfortunately all of these streams turned out to be dry, as was the campsite, and the only water was to be found in the lake itself.

We arrived at Humphrey’s Bay at 4pm (10.5km in 3hrs), a bush covered camp site with a small clearing for the obviously well-used camp fire next to the "no camp fires" sign. After a bit of a scramble for the best tent sites, we all settled down around the unlit camp fire to boil up lake water for drinks and, shortly after, dinner. By this time, the sun had set and a slight drizzle had settled upon us, so we were all tucked up in our tents by 7pm or thereabouts. Though not before contacting Keith to arrange an earlier pickup at Falls Road as we were making better time than expected, and the last thing we wanted was to be waiting in the rain for the bus to arrive.

It so happened the next day turned out fine with even a few patches of sunshine. We left Humphrey’s at 8.30am and arrived at Tarawera Outlet at 11am (6km in 2.5hrs) including a morning tea stop. The track had been improving, with moss covered edges and an interesting rock-sided gully that we passed through on reaching the outlet. 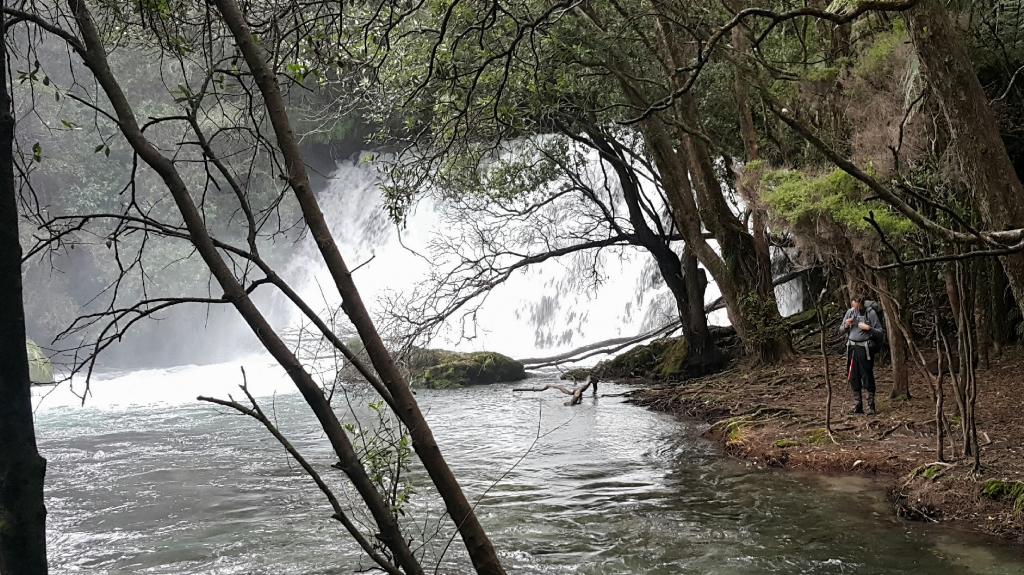 From the outlet to Tarawera Falls, we followed a wonderful riverside track most of the way with many photo opportunities. There were just a few climbs along the way to let you know you are not there yet. We reached the falls at the same time as Keith’s group, so lots of photos were taken. The falls were splendid, lots of water gushing through a narrow crack in the rock face high above landing on the shattered rocks below. Both groups tramped out together and reached the bus at 12.30 as planned for lunch and the trip back home, which included a soak at Waitangi Soda Springs to soothe those tired muscles.