With numbers going up and down, we ended up with a small group of 5 - and the weather forecast was looking good for the planned trip. 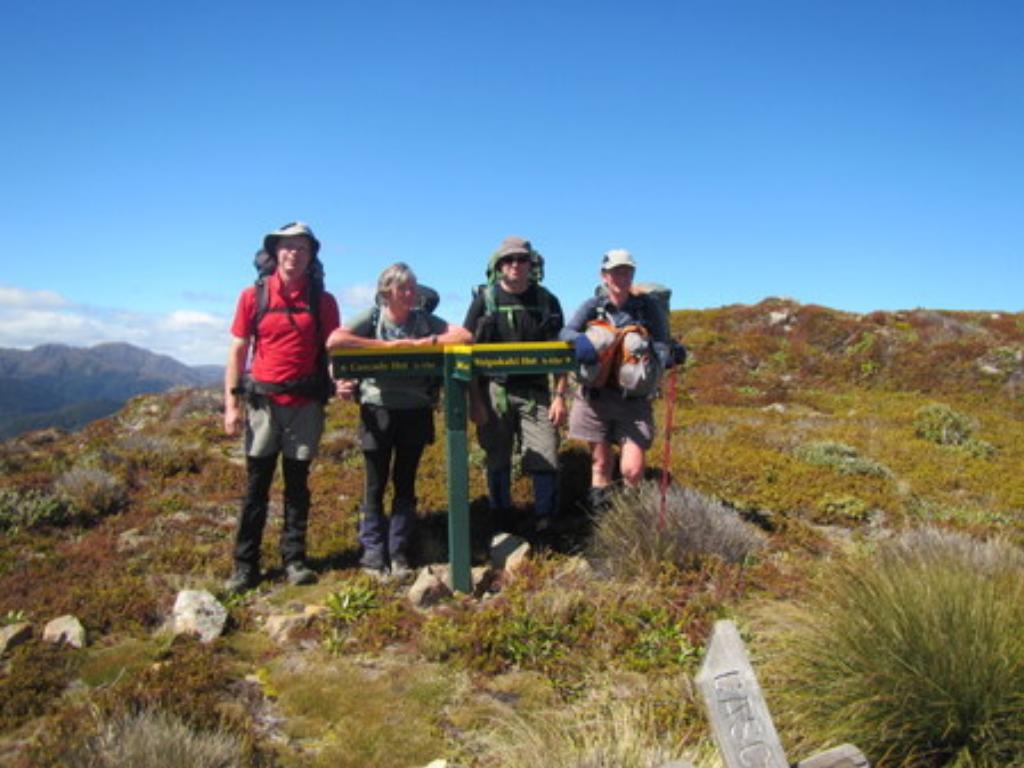 On Saturday morning we were up and about early on the long haul up from Kiko Rd end to Ngapuketurua, with the medium party hot on our heels. Thanks to the ATC party who did a reccy from here to Ignimbrite Saddle a few weeks earlier, the ribbon they placed for us to follow was of great assistance because parts of this track are now overgrown.

A great day and we reached the Saddle in plenty of time, all camping together was difficult, spots were scarce so we were all pitched over a large area. Then we set off in search of water - about a 10 minute round trip!! We were setting up as the Medium party arrived, having not found water at a suggested camp site further back along the ridge.

It was a cold night, and in the morning ice was on all of the tents. It promised to be a good day with a light but cool wind. Our next target was Junction Top.

On the way Claudia slipped from the track, and after a while her knee was not comfortable on the downhill. After a bit of first aid and the guys taking a load off her, we trudged on up and down, up and down, up and down along the middle range to Thunderbolt. The last climb up to Thunderbolt through knee high tussock was a challenge for us all but finally there we all stood on top with great views in all directions. It was here that I did a little dance, as I have tried 6 times to get over the entire Middle Range. A great effort and well worth it and a reminder that it’s not to be tackled in bad weather.

As we were heading for the campsite near Motutere, Claudia was keen to get the downhill to the river part out of the way, so we pushed on and arrived at the Waipakihi River just before 7pm Sunday night, just in time to get the radio up!!

Luckily the Easy party were just down river at the Urchin junction and offered to wait for us until we arrived in the morning so they could help with Claudia’s gear. Monday morning it was raining steadily and by the time we reached the open tops of Urchin the wind had come up so we had a cold wet trip over the top and very pleased we had carried on the day before or else we would have had to come over the Motutere tops first. 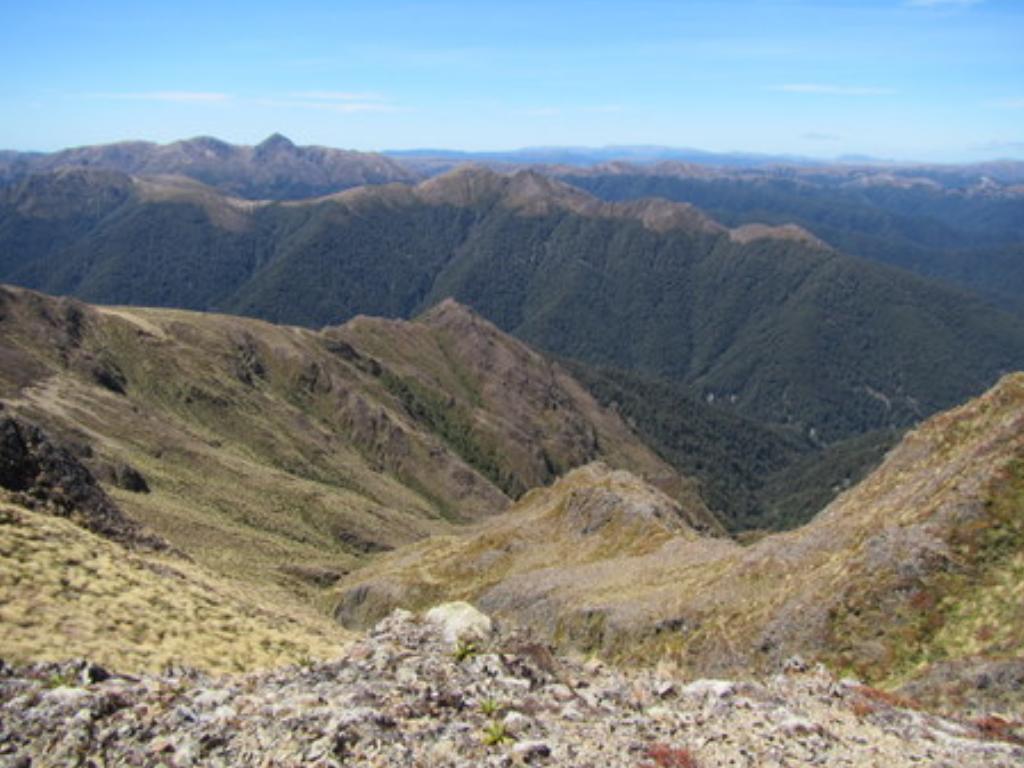 The weather, a rainy and wet Labour Day, meant that all parties arrived back at the bus in record time. Thanks very much for all the help over the weekend "boys"!!