Tongariro in the Snow 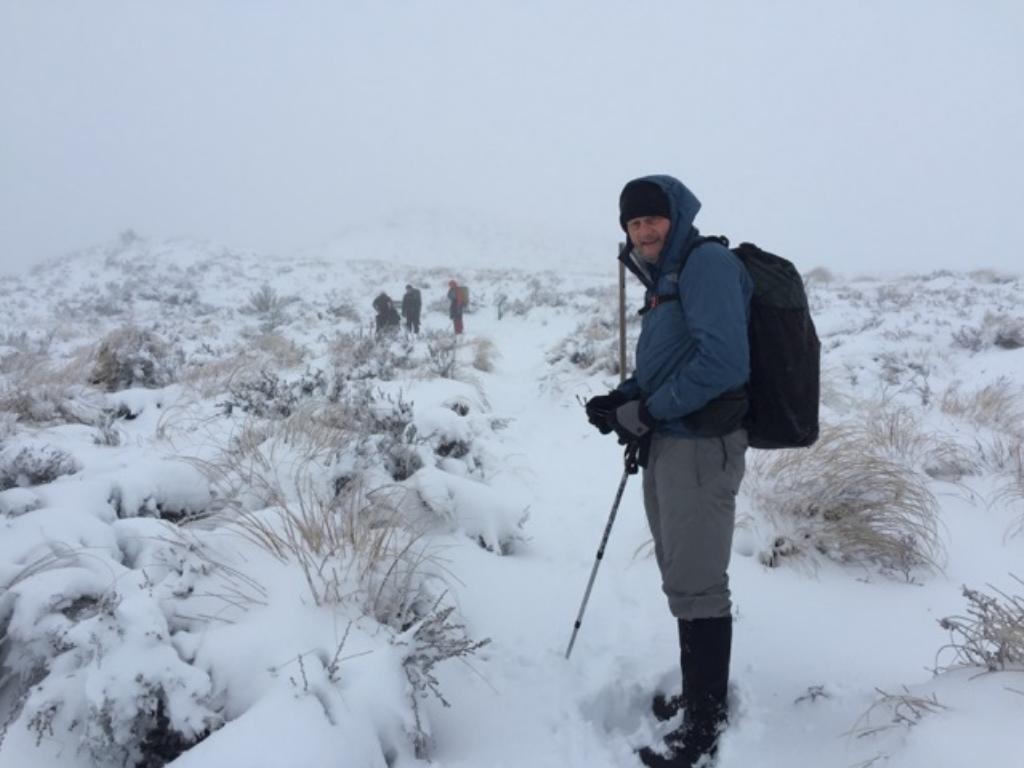 Photo Gallery - Collected from a number of trip members

This was a very aptly named trip - we woke at the Mangatepopo road end to a white world of several inches of new snow. In fact over the weekend we had about 30cms. A rapid review of possible trips saw the Fit party set off without much hope of achieving their goal. They reached South Crater with difficulty in a blizzard and decided to return to Mangatepopo because of avalanche risks. After a night in the full hut (where was everyone going?) they followed the Easy/Medium parties across to the Chateau. 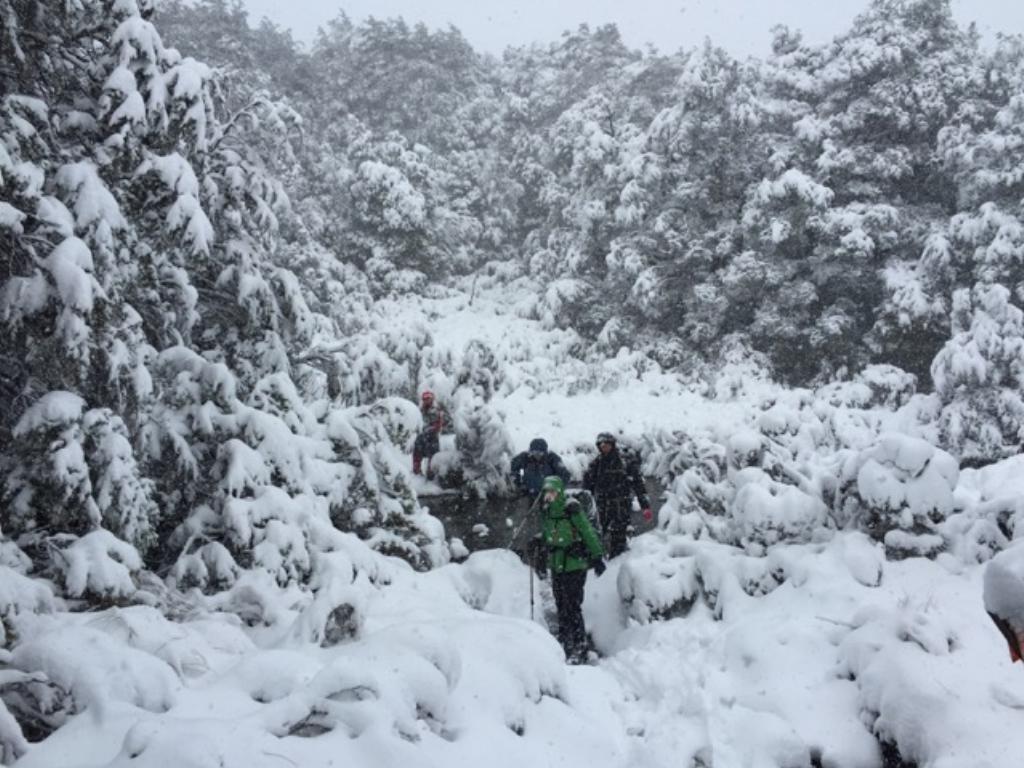 The Medium party gave up any idea of going over Haunhungatahi and joined the Easy party across to the Chateau. It was a grey day but no wind and little precipitation was a blessing. We were grateful to Terry, Dennis and Tony for trail blazing but it was slow going and instead of the normal three hours it took us four and a half. At least there was no mud to plough through! The tree branches were so laden we had to get under them on hands and knees at one point.

After a warming lunch at the café, we decided there wasn’t enough daylight time to get to Whakapapaiti hut if it was as slow going on that side of the mountain as it had been in the morning. Keith and Jean were staying at the Forest & Bird Lodge so we all joined them for a very comfortable night. 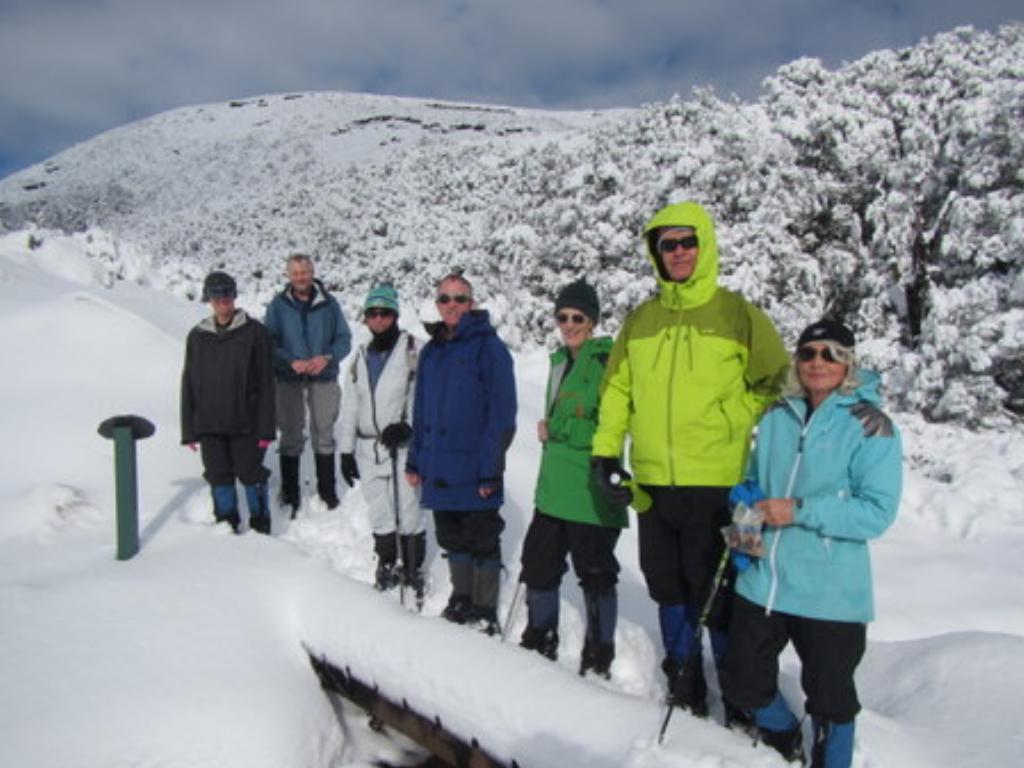 Sunday dawned a clear sunny day - a beautiful and magical white world. Most of us really enjoyed a superb walk round the Silica Rapids track for a couple of hours - great views of the peaks and lots of photos taken. It was the most snow Whakapapa had seen for quite a while and families were making the most of it - the lawn in front of the Chateau was covered in snowmen as we left!