Our mission was to reach and climb Makorako at 1726m, the highest peak in the Kaimanawas. To help with route planning we had downloaded GPX files from Marcus Bai of the New Zealand Alpine Club who had done part of the the route in 2011.

Armed with a permit from Helisika to enter the area, tramping gear and ice axes we left Auckland early Saturday afternoon headed for Turangi where we were to spend the night at Darrell and Jose Couchman’s (ATC members) property who are now living in Turangi.

After Indian curry at Taupo (Andrew’s recommendation) we arrived at the Couchman’s. On our arrival Josie was busy dealing with swarming bees, beekeeping being her new found hobby. We were shown our accommodation in the mezzanine floor of their shed and then enjoyed an entertaining evening where much of the discussion centered around their ascent of Rabbit Pass in the South Island a few years previously. All four of us are headed that way on the interim trip in January 2016 that gave us something to contemplate before heading off to sleep.

Sunday: Up early the next morning and after a quick breakfast the four of us plus Josie headed up Kiko Road in Andrew’s vehicle. Spare clothes and ice axes were left behind as a previous phone call to Helisika had ascertained that any snow on the tops would have melted by the time we would arrive .We started walking at 7.55am along the track to Ngapuketurua. The day consisted of fine weather with a slight breeze. We dropped from Ngapuketurua to the source of the Rangitikei. We did some heavy bush bashing, emerging on the shoulder of Te Kohatuakaiuru, going via 1429 to 1345 where we camped. We found water about 5 minutes away down the northerly slope from camp. A kiwi was heard in close proximity during the night. Sunday was a nine and a half hour day 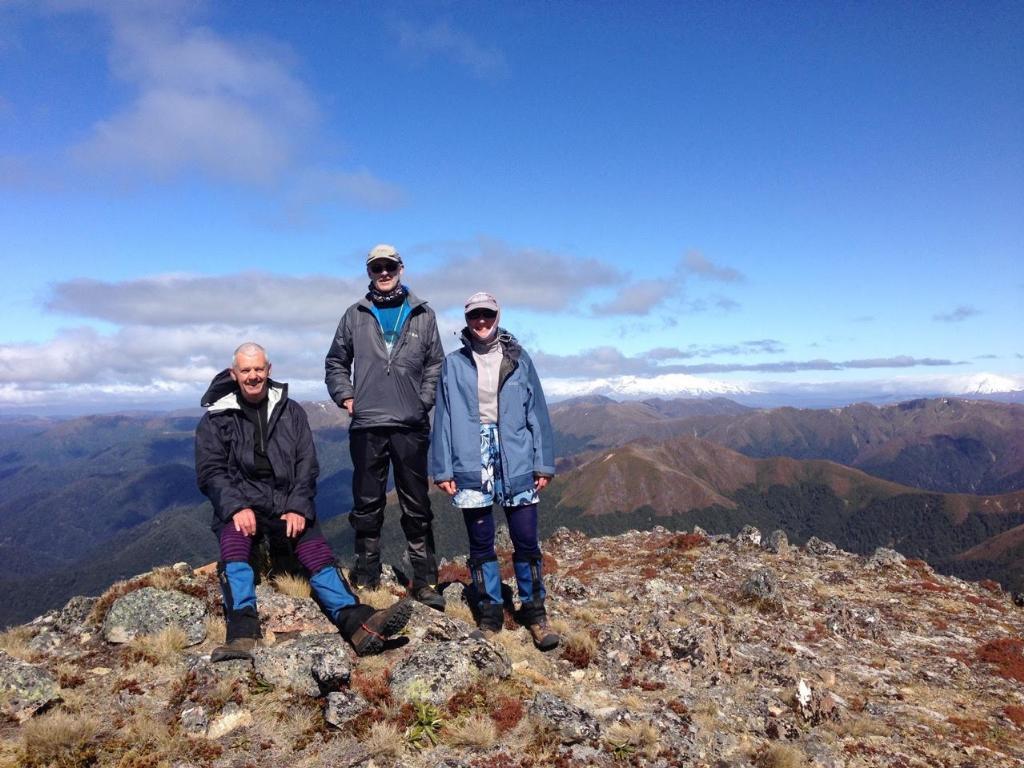 Monday: Headed south over 1470,west at 1575 to Te Wetenga then south towards Makorako. We dropped the packs at 1699 and climbed Makorako. Fine weather and not much wind. Returning to our gear at 1699 we descended the spur to 1466 and from there headed west, just touching the northern end of Island Range before heading north to Te More, north past Te More and then west into the bush towards the confluence of the Ignimbrite stream and Rangitikei river. We waded through the river and camped on the north side.. Another nine and a half hour day.

Tuesday: We observed two rare blue ducks (whio) by the camp first thing before heading off just as light rain began to fall at 7.45 am. Following GPS co-ordinates up towards Junction Top we arrived at Waikapihi hut at 11.45 am. Into the hut and on with the fire where we were comfortable for the rest of the day. Fortunately there was some reading material there and Andrew spent time going over the finer points of map and compass navigation with Alex. There was steady rain throughout the afternoon. 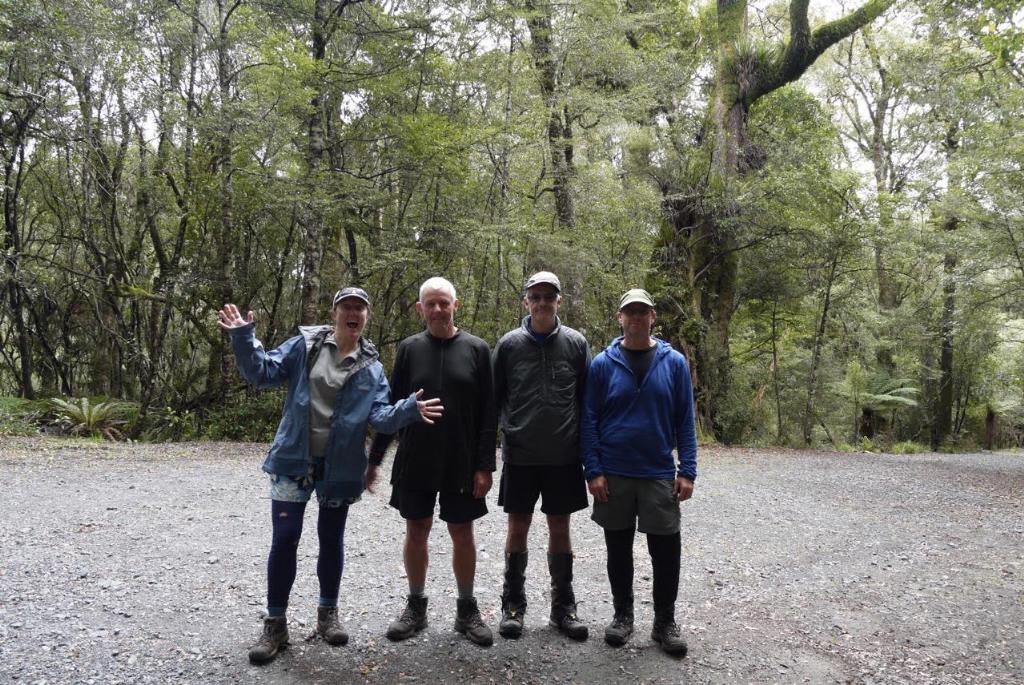 Wednesday: we set of about 8.00am am keeping our feet dry as we crossed the Waipakihi river and set off along the Umukarikari ridge track guided by Alex using her new navigation skills. We reached the road end car park five hours later to find Andrew’s vehicle in place having been dropped off by Josie and Darrell. Weather during the morning was breezy with some mist.

This was an interesting trip covering some new country and we were fortunate to have good weather.

Special thanks go to Josie and Darrell Couchman for their hospitality and for helping with vehicle logistics and also to Helisika for allowing access to this privately controlled block.