Waikoko Camp site proved hard to find on Friday night thanks to general mismanagement in the cab, lack of a map in the cab and lack of a sign on the road end. We had not used the bus GPS which we later found to be very easy to set up so the journey was a bit longer than planned.

After weeks of scorching dry weather in Auckland I was anticipating clear skies and grand views. I had brought my camera along thinking I might get some star shots at night but Saturday started with the cloud almost down to the Waikoko camp site.

Waikoko camp site was busy with many camper vans of tourist occupants getting ready to pounce on the Tongarairo Crossing. Urchin Camp might be a better bet if you are down that way. 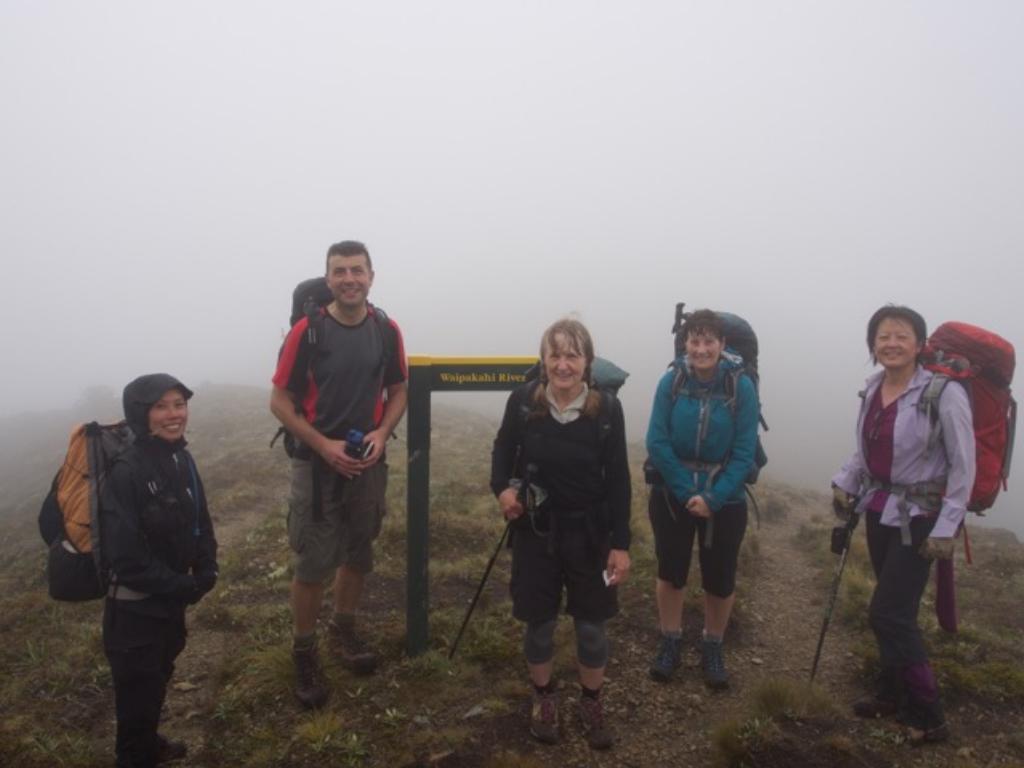 It was a bit of a road bash for the medium group up to the start of the Urchin track but it was a good warm up for the puff up to Urchin Trig. The misty ethereal atmosphere through trees was not unpleasant but it was not the view to the mountains across the Desert Road we had in mind.

The weather started to clear a bit on the descent down into the Waipakihi.

We found a nice camp site by lunch time, pitched tents, ate lunch and started to think about the afternoon. We could begin to see blue sky at times so it was a casual walk up the river. We crossed paths with the fit group who were heading up the river to Waipakihi Hut and had a quick chat about river travel as we intended to travel down the river on Sunday to collect the bus at Waipakihi Road end.

The party then split, some went back to camp to rest and the others went up to the tops toward Thunderbolt Peak.

It was another short sharp climb but we were rewarded with views to the north, Lake Taupo, Lake Rotoaira and Mt Hikurangi just north of Taumarunui, though the central mountains were still shrouded. Then it was back to camp for dinner and an early night.

When we arrived we met the easy group who had had a much more strenuous day than us having traversed various ridges in the Umukarikari Range and were camped on the opposite bank. A discussion ensued about the distance back to the bus so some of the our group decided to go back to Waikoko Camp, back tracking on the easy group’s route while two of us would head down the Waipakahi to collect the bus.

There was good weather on Sunday. The trip down the river is quite straightforward with a low river level. We crossed the river every few minutes without mishap over quite slippery rocks. There are some nice looking camp sites at various spots, no doubt frequented by hunters.

The trip was a bit faster than expected, probably as a result of a down hill gradient, a tail wind, crossing with the river flow and perhaps being a party of two. We had a long lunch in the sun on the river bank at the road end. 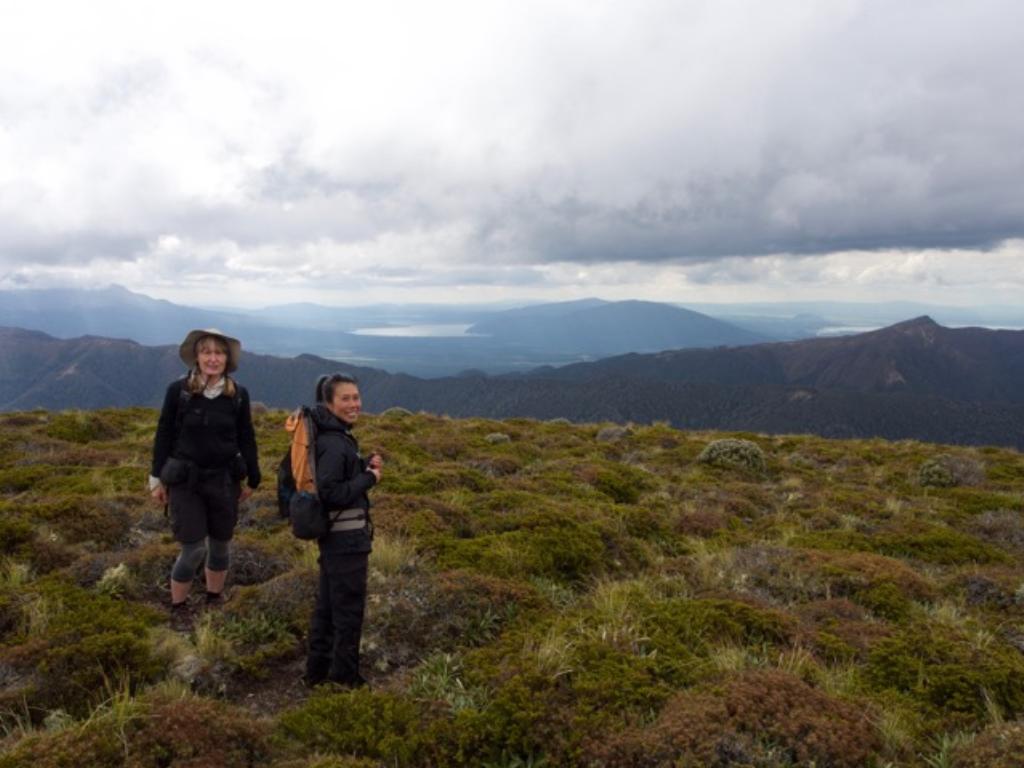 The other part of the medium group had a great trip over the tops in clear conditions taking photos and chatting about important issues.

Overall we had a good weekend in the Kaimanawas, some deep breaths, long steps and relaxation. We again learnt that the weather is hard to predict and next time to use the bus GPS and a map.