With a heavy dump of snow the previous weekend and looking like just one really good day of weather this weekend on Saturday trip plans were changed to suit new conditions. 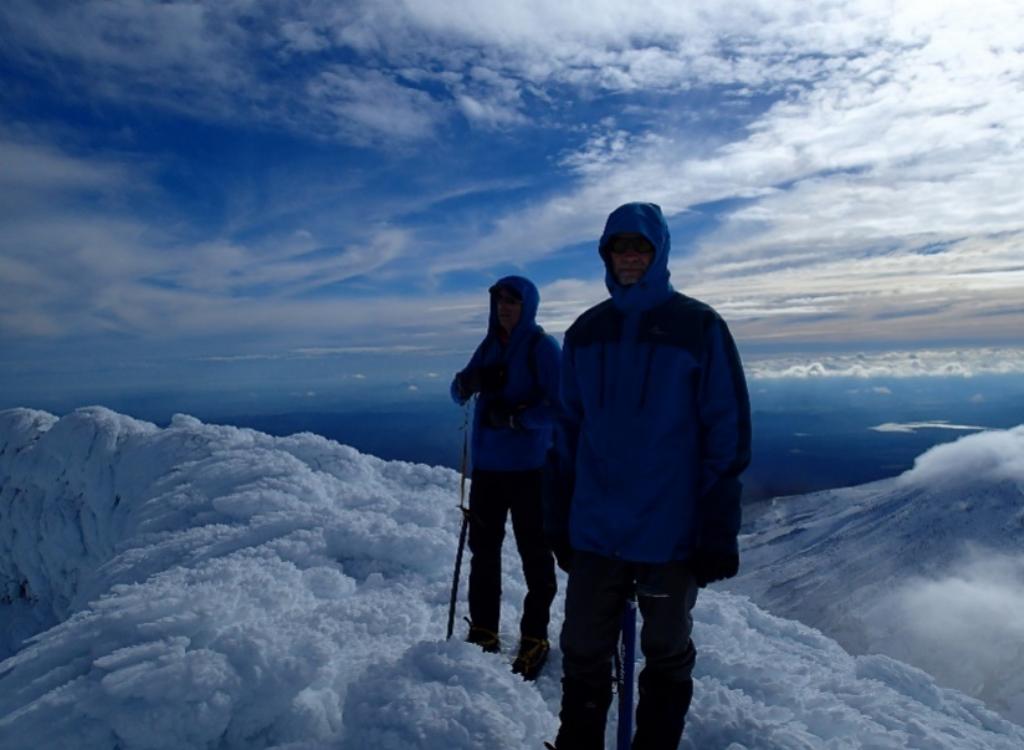 Saturday at Mangatepopo Road end we were thrown out of the bus by the other two groups as they were wanting to get on their way around to Whakapapa. Breakfast at Mangatepopo Hut. After some in decision about following the original trip plans to summit Tongariro and on north around North Crater etc to Oturere hut or take the opportunity to summit 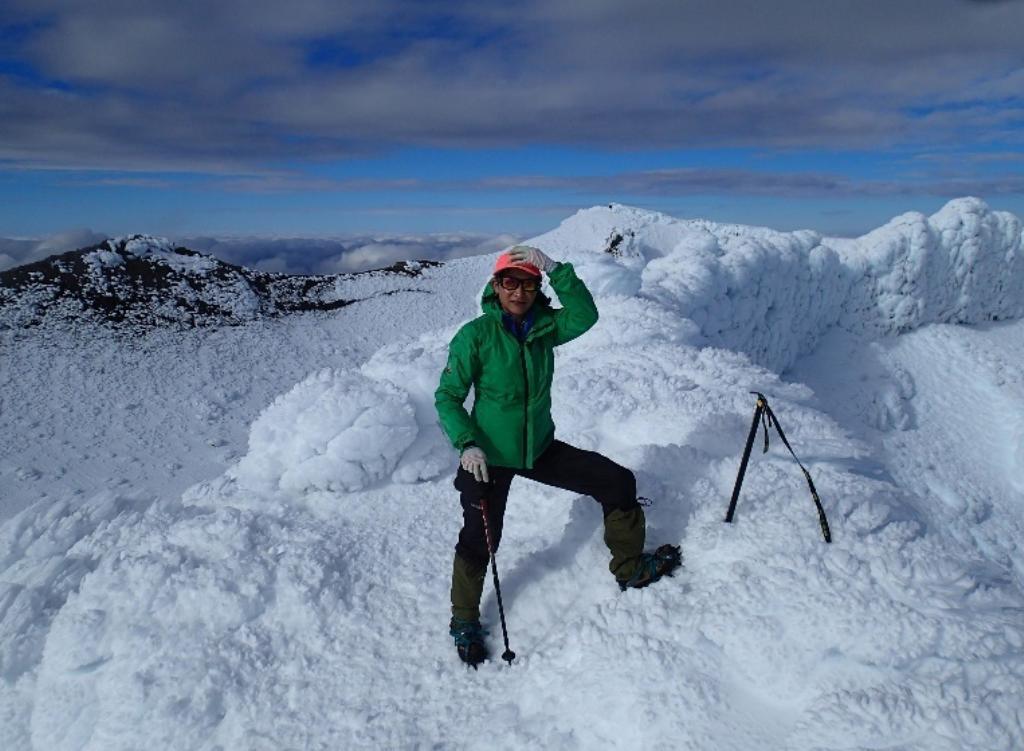 Ngauruhoe enroute to Oturere Hut. Ngauruhoe it was to be, at this stage still under cloud. Left Mangatepopo Hut 8.30am. Off up to South Crater. Snacks eaten and crampons on at the 'big rock'. Ngauruhoe in good condition for climbing! Now 10.30am. Up through the cloud, Robin, Michael and Fay making it not only to the summit (11.45am) , also around the crater rim. Awesome ice sculptures to be seen. By this time the cloud had fully lifted and magnificent 360o views were to be had. As for the leader slowing down, made it to over halfway up thinking been here done that and retreated down. cloud still well down at this time. The 'big rock' hard to find while desending. Regrouping at the 'big rock' lunch was eaten (1.00pm). Which route to be taken to Oturere Hut? No more hills I heard. Quickest route - down the 'notch' eastern side of South Crater to descend straight into Oturere valley with its moon like landscape on the valley floor. Reaching Oturere Hut 3.45pm.

Sunday with weather forecast for gale winds on the tops 65-70km/h, plus some precipitation and no visibility it was decided to retreat south to Waihohonu Hut. Left Oturere Hut 8.45am and arrived Waihohonu Hut 11.15am. The Northern Circuit Track taking us through rock tors, a variety of alpine gardens and beech forest. After lunch we went exploring to Ohinerangi Springs and Historic Waihohonu Hut. Fay exploring along the track to the Desert Road. 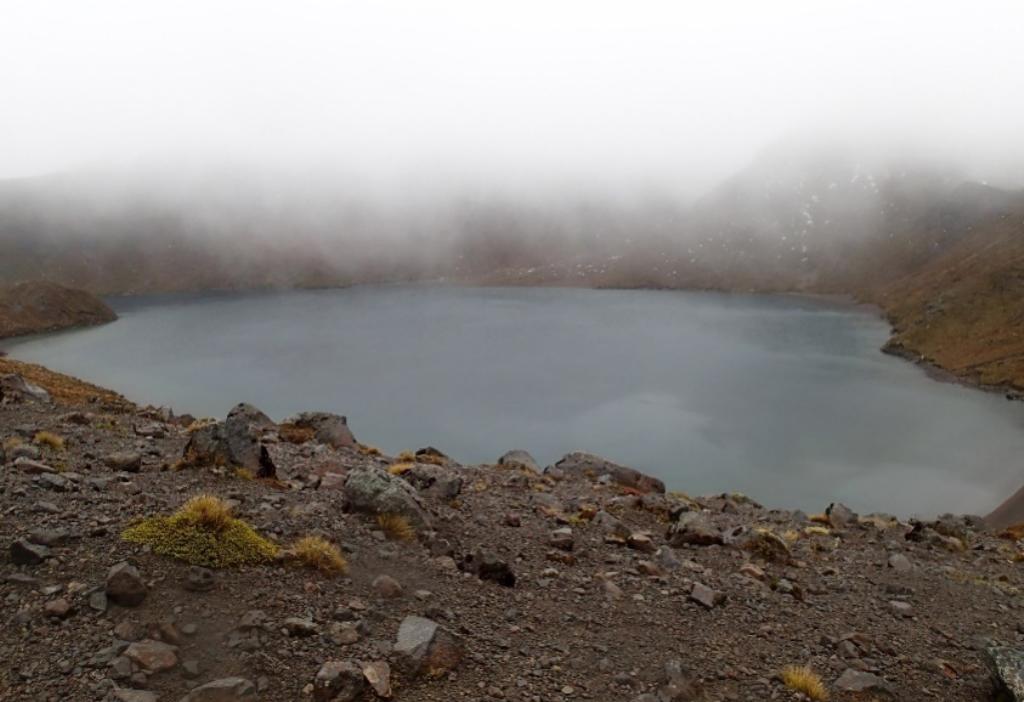 Monday another day off track saw us walking up the valley on the east side of Mt.Tama (under cloud). After crossing a gentle stream, easy going walking up a sand/pumice ramp with scattered rocks, alpine gardens here and there. Down over a saddle into the headwaters of Waihohonu valley on the south side of Ngauruhoe. On the almost flat valley floor we turned SW around 1562' , ascended to the ridge SW of 1562' and continued around Upper Tama Lake to pick up the track up from Round the Mountain Track. Some views of Upper Tama Lake between the passing clouds. Now back on track to Whakapapa village. Lunch was eaten at Taranaki Falls. A damp day. A great adventure exploring new territory for some. Left Waihohonu Hut 7.45am, arrived Whakapapa 2.50pm.