Saturday from Te Iringa Campsite, Te Iringa Track to the Kaipo swing bridge, then hang a right up the Upper Kaipo Valley Route, over Kaipo Saddle and onward to Cascade Hut.  9-11 hours.

This trip was originally going to be led by Dennis Brown, but due to a troublesome knee, I was asked to lead it.  As I only had one arm in a cast at the time, I thought “why not”. However, as the date of the trip approached and I started to research the route, I found there was very little information on the section between Kaipo swing bridge and Cascade Hut, and what I did find out made me somewhat apprehensive. Refer: http://www.paulfoote.co.nz/page13.html

This report - written in 2018 - tells of a bit of a bush-bash down the Kaipo Valley from Cascade Hut to the swing bridge. The track was very overgrown and tree-fall made the river the only sensible way of progressing down the valley. After 9 hours of bush-bashing, they decided to camp by the river and walked out the following day, thus taking 3 days for what we had only 2 days to complete.

On Saturday morning, I raised the troops at 6am and we were away by 7am in order to give us a reasonable chance of making Cascade Hut by dark. The climb up to Ti Iringa was long, but the track was nicely benched and the weather cool with a thick morning mist and grey clouds threatening rain. As we crossed the high point, we saw patches of blue sky and the mood lightened as we continued along the ridge, down to Tiki Tiki stream and onto the Kaipo swing bridge, arriving at 10:45am. 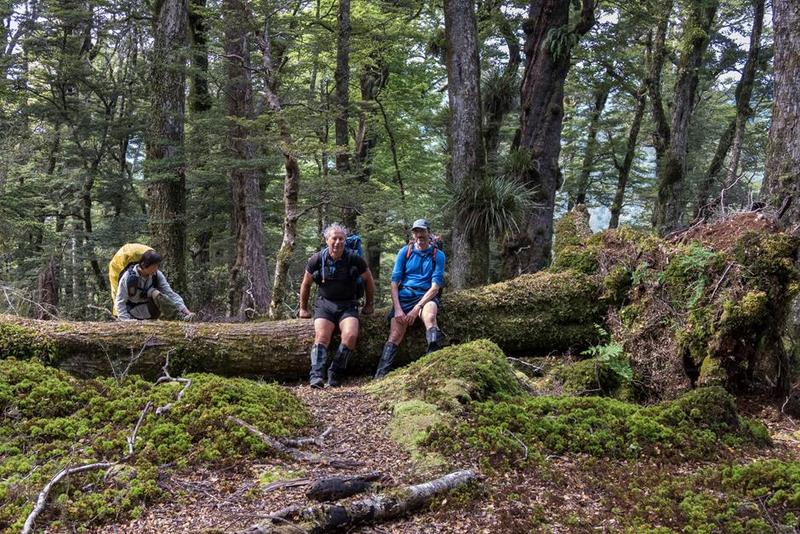 We turned right after the swing bridge and quickly found the Kaipo Valley track - thanks to some new bright orange markers, things were looking good. At 11:30am, we stopped for lunch next to the river in beautiful sunshine.  There were a few rain droplets but they never amounted to anything and raincoats were not required all day. It was a very special place with large trees, wonderful mosses and ferns, and the beautiful river. 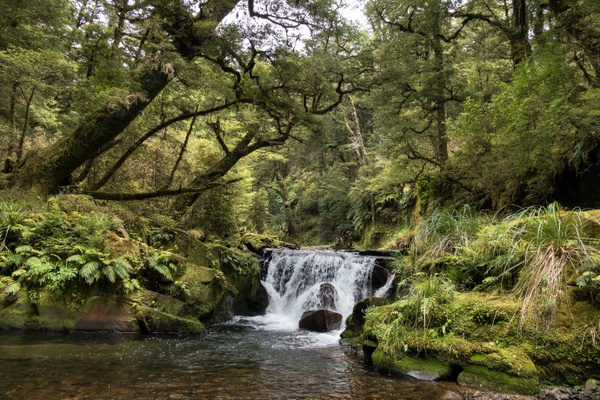 We arrived at Cascade Hut at 5:10pm following a 10-hour day just as the DOC sign said - obviously the freshly marked track made all the difference. The hut had six bunks, but the upper three were just below the roof trusses and required some contortions to get into. As there were plenty of good camping spots around, most of us elected to tent despite the rain forecast overnight. 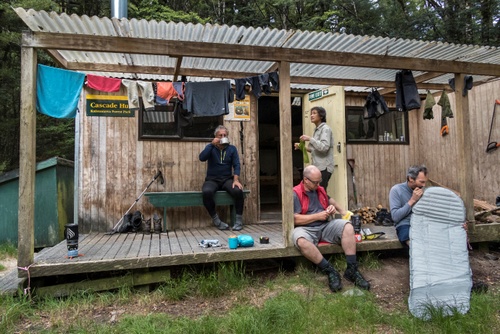 The next day we got away at 7:30am just as it started to rain and which continued until around mid-morning. This resulted in good progress as one is less inclined to stop for breaks when it’s raining - or was it just me thinking that. By 9:30am there were some protests coming from the rear, which reminded me we that we had been climbing for 2 hours and it was time for a refuel. 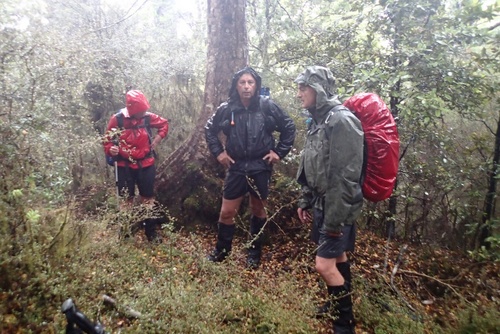 With the weather improving, we continued along the ridge before dropping to the Hinemaiaia Stream, passing a somewhat hidden but very loud waterfall, which was then followed by an early lunch. A short while later, we arrived at the Clements Road end campsite at 12:45pm, for our bus pick-up. 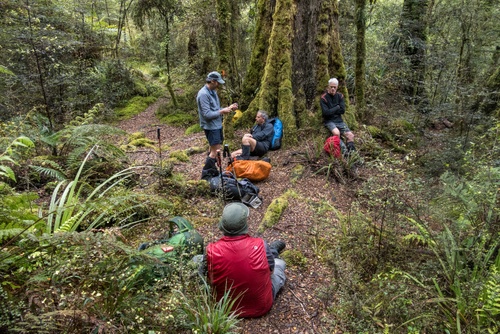