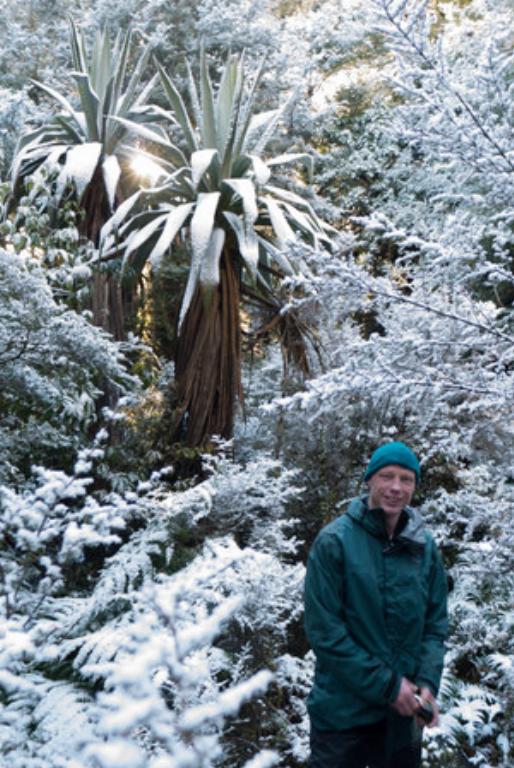 2.00a.m. Tony’s head appears, along with an icy blast, as the back door of the bus swings open. "We think we’re somewhere near where we’re supposed to be, but we’ll worry about it in the morning". Once it was light we hopped out into a landscape reminiscent of the Eastern Front (minus shell holes and misery), a snow-dusted clear-felled swathe of the Kaingaroa Forest. 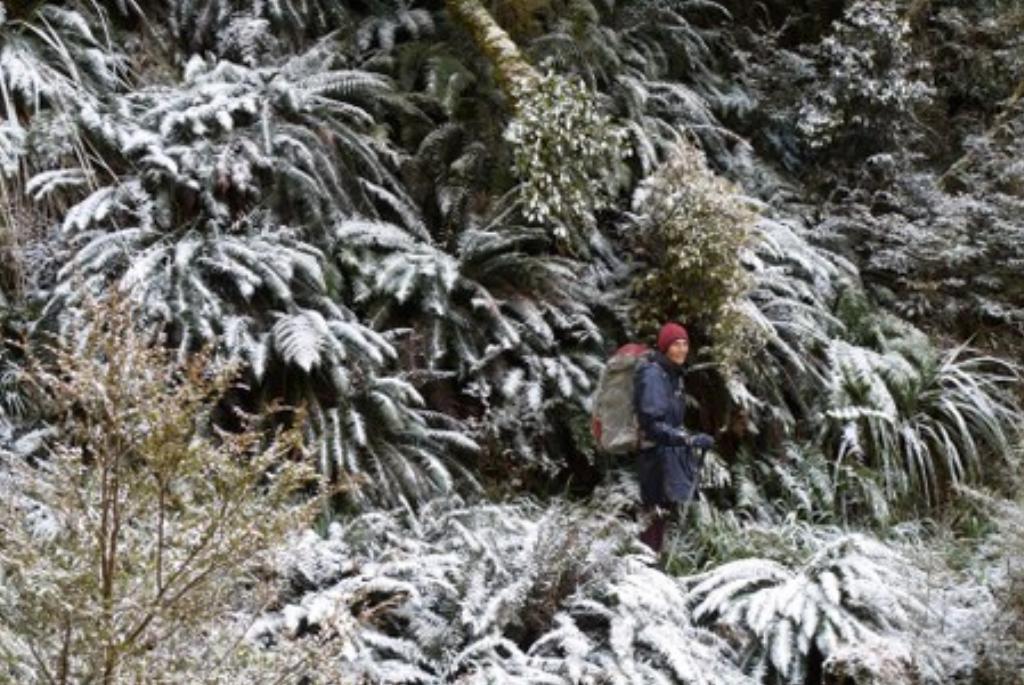 We quickly established that we were parked atop a knoll, spot height 969, to which no road led according to the map! Continuing on with their excellent navigational and driving efforts from the night before, Keith and Tony soon dropped us off at the Pukahunui road end and away we went, climbing the ridge separating the Whirinaki and Te Hoe catchments.

The track was a wee bit shaggy but well marked and the going was good. Better than good, really, because with the amount of snow which had fallen, it was like tramping in a winter wonderland. The group quickly got into tourist mode (and stayed that way for the weekend) so lots of photos were taken and the resulting pace was more steady than brisk.

The Whirinaki turn-off was reached after a couple of hours, and just before this smoko was called. We had come upon an unused fly camp, complete with plastic chairs, for our morning tea on the ridge line in the sun.

A couple more hours saw us drop down to Upper Te Hoe Hut, where we stopped for lunch, then on to Central Te Hoe which sits in a lovely spot in a clearing by the river. About 3.5 hours between the two Te Hoe huts and including a quite impressive rock-face section where cabling has been installed.

We then swung north up Bullring Creek with the intention of crossing the saddle at the creek’s head and dropping down to Mangakahika Hut, depending on how we were feeling once we reached the Bullring Campsite near the head of the valley. Fair to say the campsite looked gloomy and unappealing to all in the cold late afternoon of a winter’s day so we were well motivated to don head lights and crack on to Mangakahika. Heard a male kiwi (according to Margaret, the party kiwi authority).

Mangakahika Hut proved to be a nice tidy ex Forest Service style hut (all the huts we passed were obviously well respected by users, and in good condition) with a wood stove which was soon put to good use. About 2.5 hours from Central Te Hoe, making the day’s tramping 9-10 hours to cover a touch over 20kms. 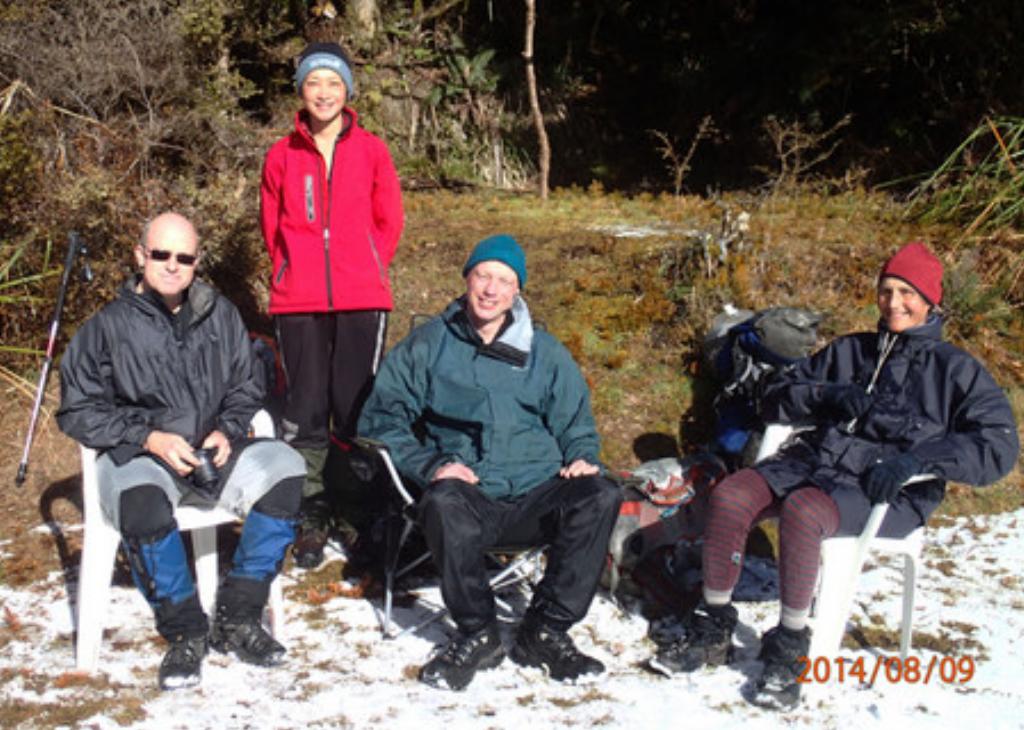 If yesterday was back-country, today was front-country. The track from Mangakahika to Te Wairoa (Roger’s) Hut (2hrs), then to Whangatawhia (Skip’s) Hut (1.5hrs) and the Okahu Road end (1.5hrs), covers the same sort of distance (about 20km) but is benched the whole way and suitable for mountain bikes.

We were lucky enough to see 3 whio in the morning, and while the track is perfectly pleasant we could have been pretty much anywhere in the country. So we were left wondering if on doing the trip again (and in summer!) we might opt for more of a taste of the real Whirinaki and follow the streams rather than the track.

Many thanks to those to our drivers, Keith and Athol, who got us down there and home again safely. We were Margaret Law, Andrew Murdoch (leader, reporter), Garry Williams and Fay Zhong