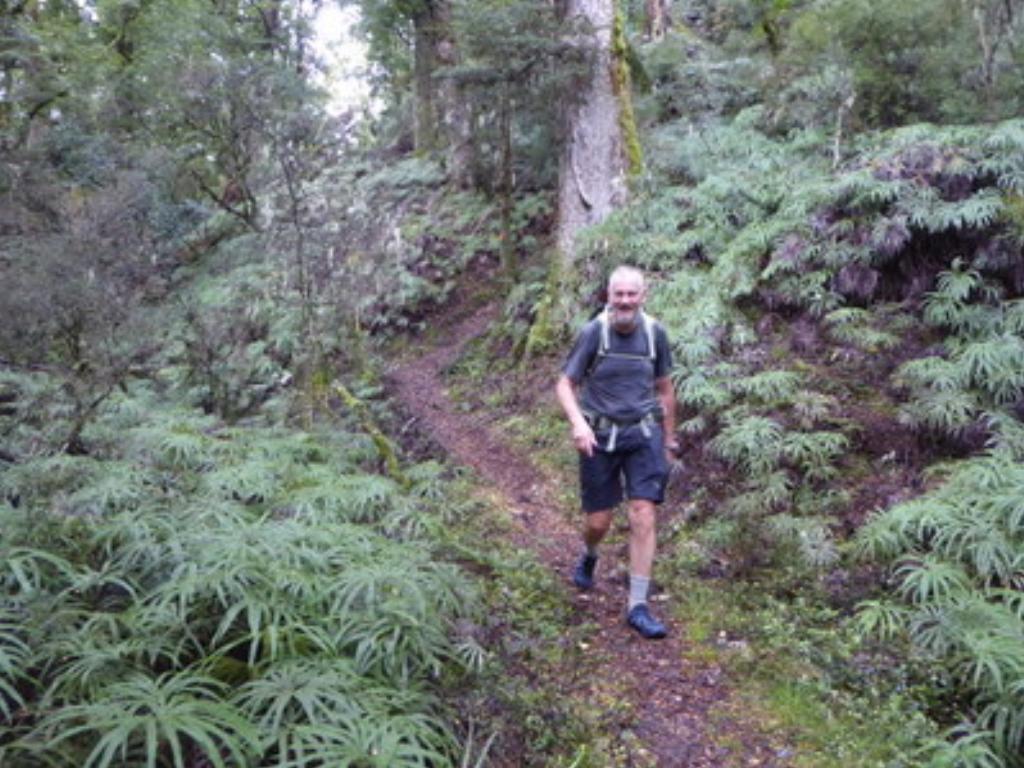 It seemed like a good idea at the time.

Day two, 8.30 am. We had sauntered over the tussock from Boyd Hut on a clear ground trail to the Ngaruroro, splashed across and headed up the slope. 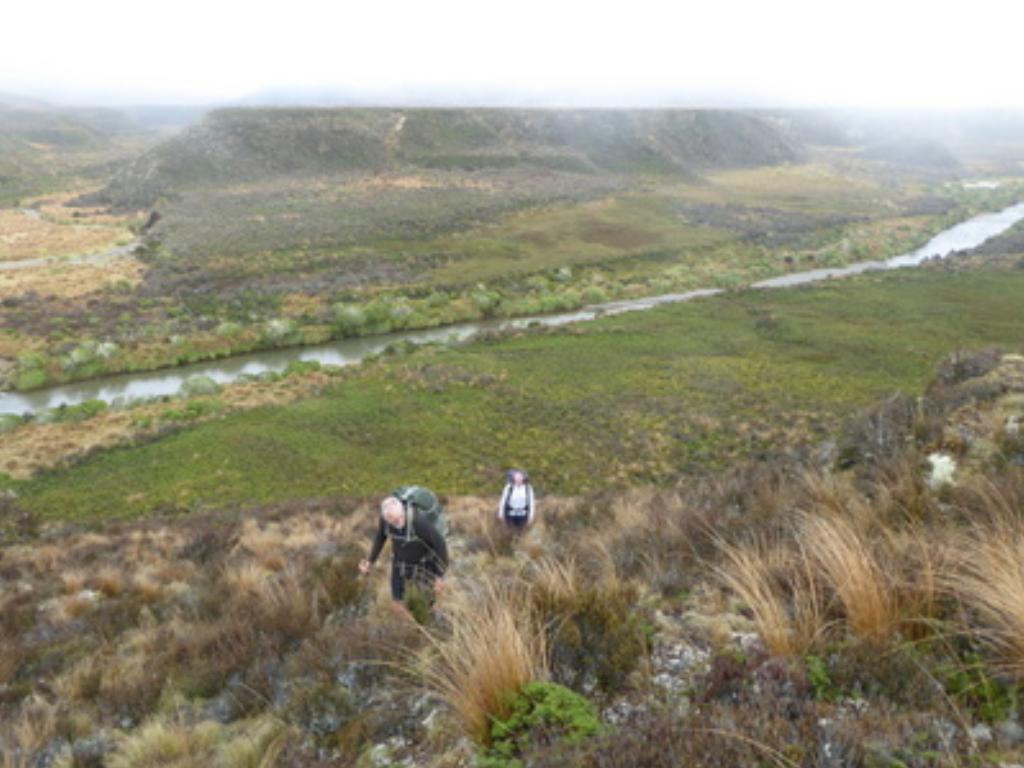 Where the ground trail promptly melted into oblivion.

Now we all know what the obvious, logical, sensible thing would have been - go back, pick up the trail again and actually go the right way.... We didn’t. Instead, we consulted the map.

And then an excited cry reverberated out across the valley: "Do you want an adventure??"

And so it began.

Initially, it all went swimmingly. The cross country nav spot on, tricky bluffs avoided, a perfect line taken down to the stream.

Ah, there’s nothing quite like the smug satisfaction of a wee adventure going ever so well.

Even the sidling ascent back up towards the track in the mist started well.

And then we hit it.

Dense impenetrable scrub. Stabbing, scratchy, scraping, scrub. Dark, evil, unyielding scrub. Malevolent, malicious manuka. Of course it might have been useful had I remembered the track we were aiming for had been hewn out of that ligneous maze when I’d passed that way previously. But I didn’t.

And so we squeezed, crawled and bludgeoned our way upward.

A breather, then with renewed vigour we raged again against our nemesis. When would this ever end?!

Not yet. Still the scrub gods demanded more. So more blood was shed, skin gouged and expensive lightweight clothing rent - oh the sacrifices we make when we’re having fun.

Eventually, mercifully the morass took pity on us, parted an inch or two and ejected us unceremoniously out onto the track. Never has a stretch of treacherous slippery clay been so warmly welcomed by four battered trampers. Adventures eh - who needs ‘em.

The rest of the trip

We’d started bright and early at Poronui Station, headed in to Oamaru Hut, then up the Oamaru, over Waitawhero Saddle to drop into the Ngaruroro and over to Boyd Hut, gloriously unoccupied. 8 hrs.

There we were immediately seduced ..... by the refurbished hut all to ourselves, welcoming decks, warmth of the sun and stunning location. Another bright idea was floated.

And so it was that our day 2 ended after a stint that any self-respecting fit party could knock out before breakfast. Who needs self-respect when there’s lazing about on a sunny deck to be doing! 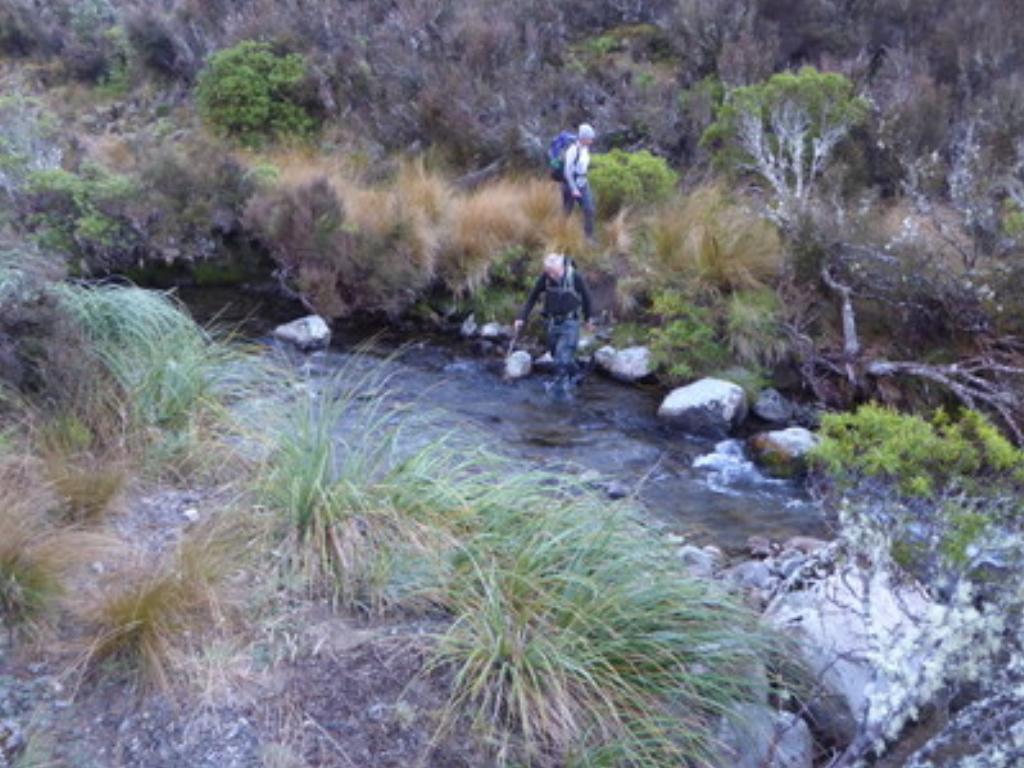 Day 3 meant we had to make up for our indolence and self-indulgence of the day before. Down the Harkness we went and up to Harkness Hut where we found Garry’s group swanning about like they had nothing to do with their lives. Finally Fay gave them the hurry up and off they went, and our group headed up the hill. 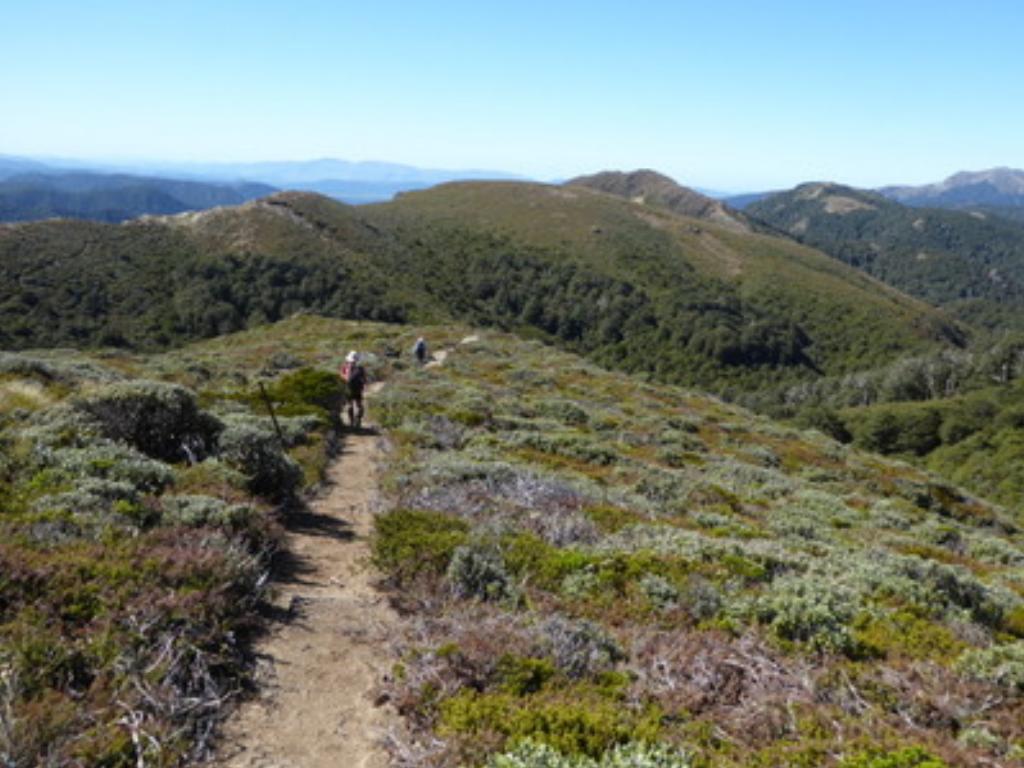 No time to visit Te Puke Hut (things to do, people to see), so on we went through undulating bush and open tops to our destination for the night, Mangaturutu Hut. 8½ hrs. 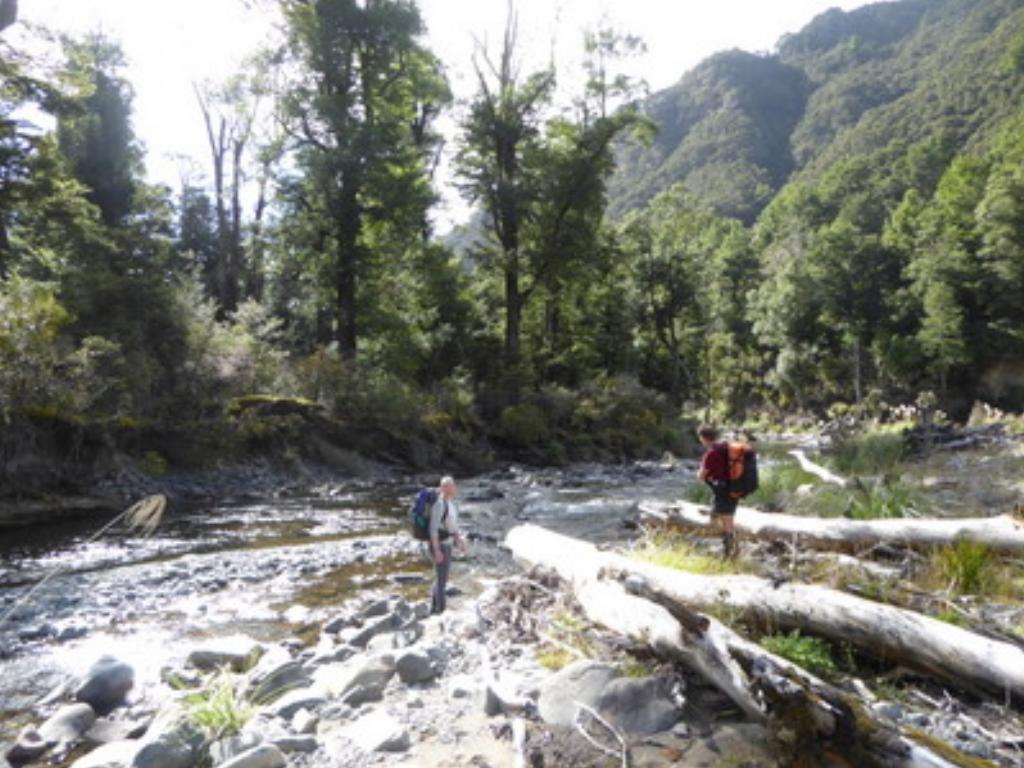 Day 4 had us dropping down the spur and following the Makino River down to Te Puia Lodge, with all the in and out of the river, searching round for the track/ground trail and bush bashing you’d expect. 5 hrs. Plenty of time to head up to the hot springs, chill, or attend to domestic chores (no, not me!)

Day 5 had us all out to the road end and on our way back home. 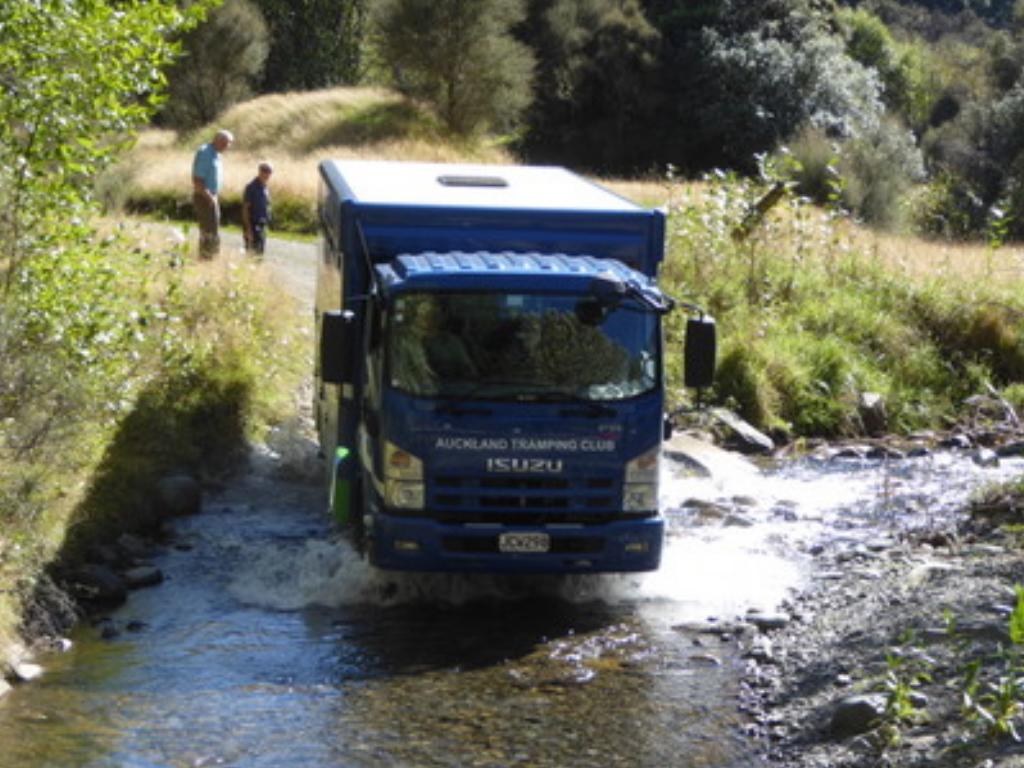 We were: Chris Burnett, Christine Major (the hares), Alex Sancho and myself, Dennis Brown