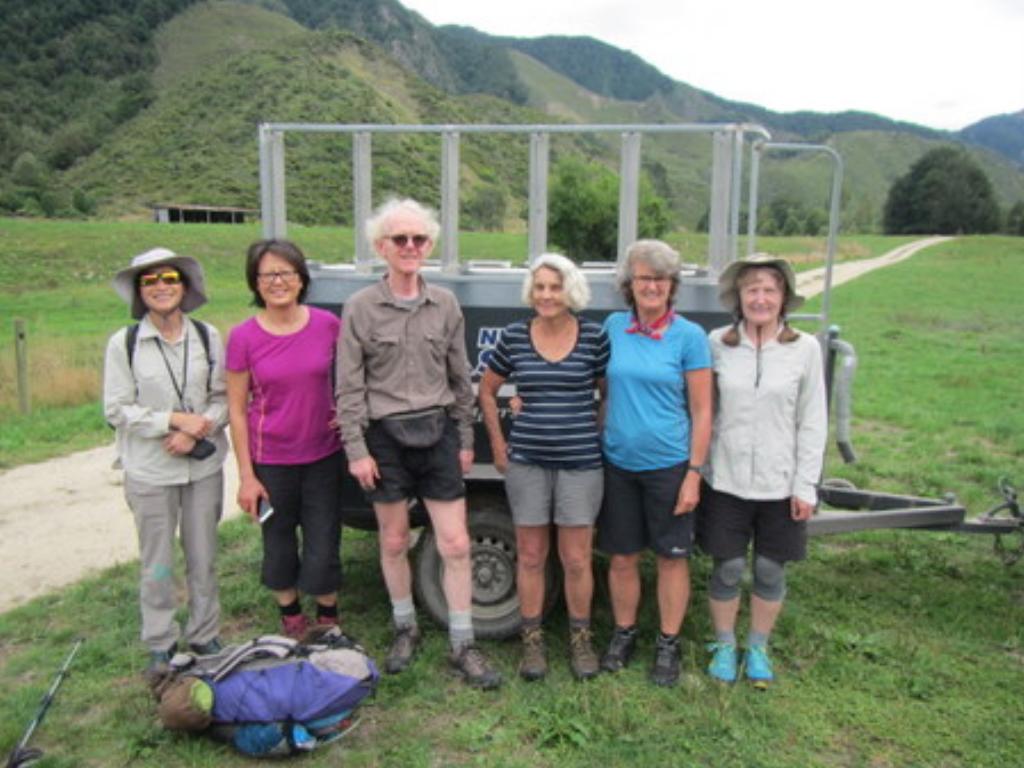 Following an on schedule drop-off at the Matiri shuttle-navigable road end, it was a race between the Medium group and the Fit group as to who would reach the Matiri Hut first, with the serious distractions of luscious ripe blackberries and overdue lunch breaks along the way. In the event the Fit group won .... but only by half a One Square Meal bar and two blackberry bushes.

The Matiri hut is on a great viewpoint above Lake Matiri, but given the weather forecast of rain the following day, we had already decided to push on to Poor Petes Hut, on the 1000 Acre Plateau. Push on, up, slowly but surely, because this entailed a 700 meter plus climb, quite steep in places. But lovely bush, a good track, occasional views to the valley below, and such abundant birdlife - even a whole weka family on our last rest stop before the top.

Poor Petes Hut is the most spacious 2 bunker you can imagine - 2 good bunks, good floor space, and a porch lined with perspex on 2.5 sides that is a very similar size to the hut itself. So that could easily accommodate our party of 6, especially with the aid of the upended picnic table serving as a door to protect the porch from the elements, if not the resident wekas, for the porch dwellers. 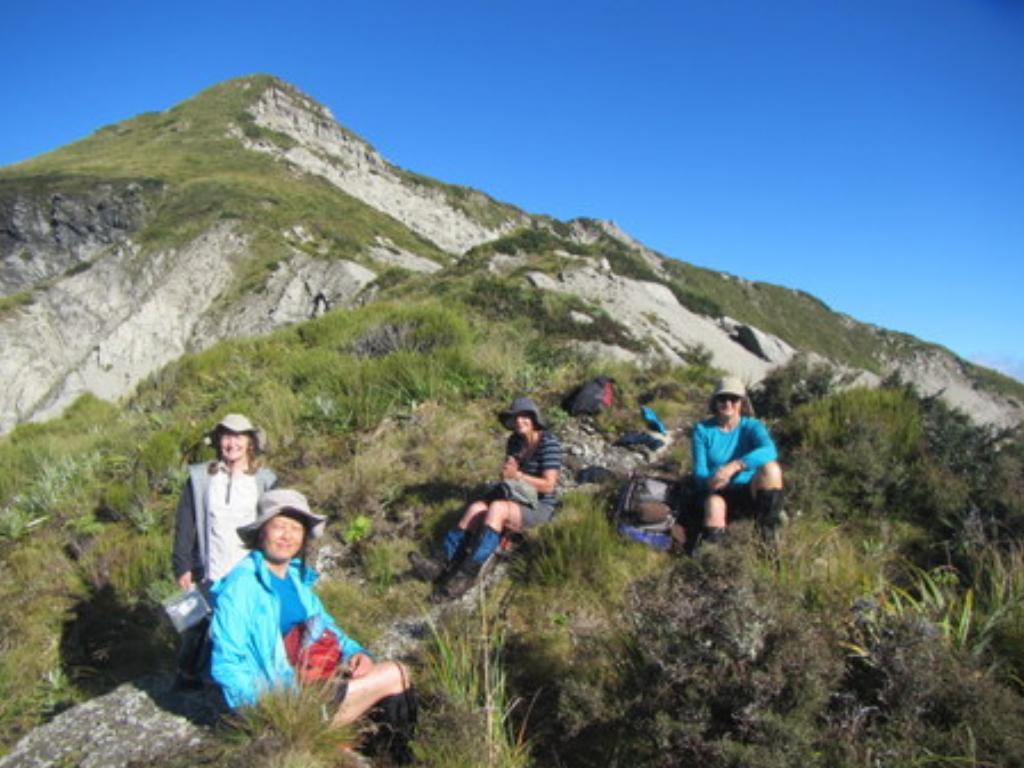 True to the forecast, it was raining heavily the next morning, but by 1pm it had cleared enough for all of us except Fay to decide to head on to Larrikins Creek Hut where we arrived with time for an evening relax and exploration of this very picturesque area before the rain returned. A four bunk hut with 1 of us on the floor, so no inconvenient wetness issues there. 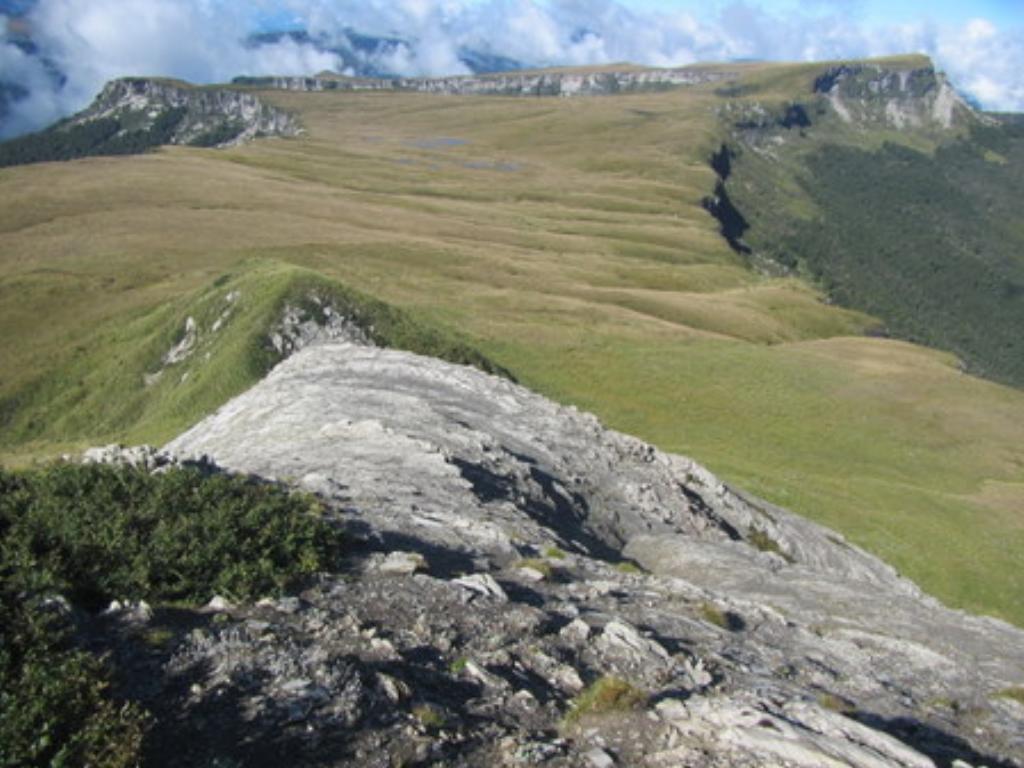 The next day dawned clear and sunny - exactly what we needed for our hoped for trip to the Needle and the 100 Acre Plateau. Morning tea on the narrow ridge on the approach to the Needle - with a flock of 7 keas at the next northern high point to keep an eye on us. Great views in all directions, including the Haystack, the Matiri Range, the 2 plateaux and all points beyond. Then a return to Larrikin Creek hut for lunch, and a side trip along Larrikin Creek to where it plunges abruptly off the edge of the 1000 Acre Plateau to then continue on its way to meet the Mokihinui River.

Another night in Poor Petes Hut, this time with 4 in the hut, 1 in a tent, and Fay ahead of us in the Lake Matiri Hut, not too happy with the sounds of resident rodents. 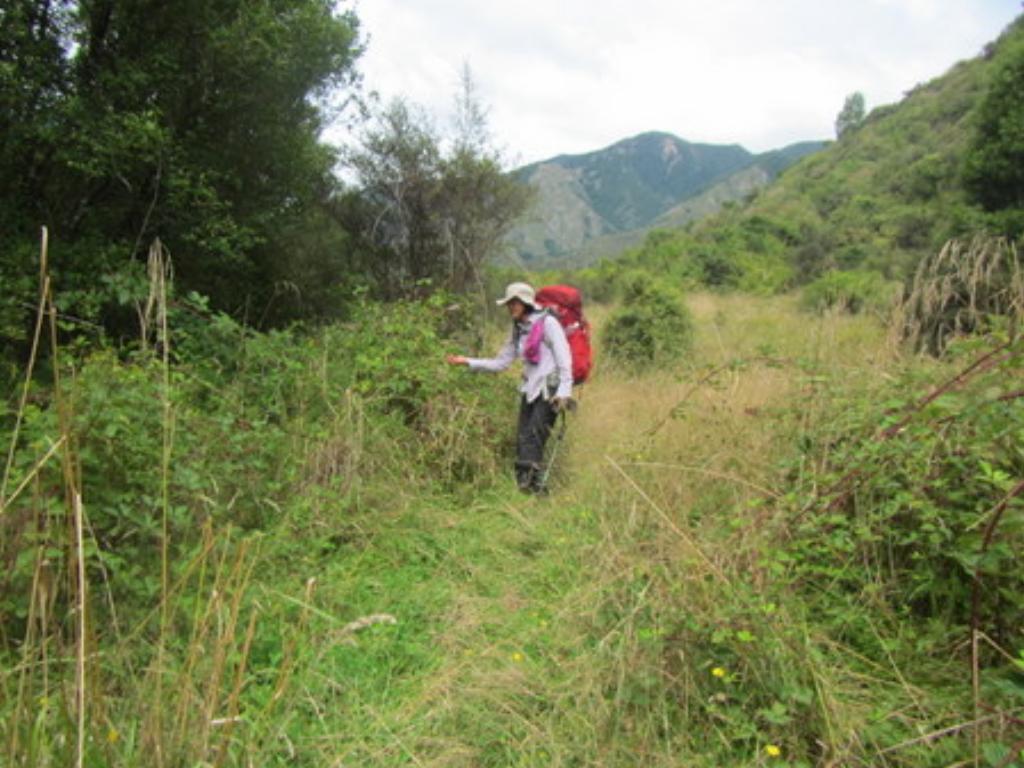 It was a relief when the long descent from Poor Petes Hut down to the Matiri Valley was over, and we could amble along the valley, past Matiri Hut, eating more blackberries along the way, to meet up with Fay and wait for our shuttle pickup. We were sad to say good-bye to Julia and Fay when we dropped them off at Murchison, on our way through to a comfortable night off for refreshment and repacking at the Settle campground in Tapawera.