... continued on from the Mavora Walkway trip report .... 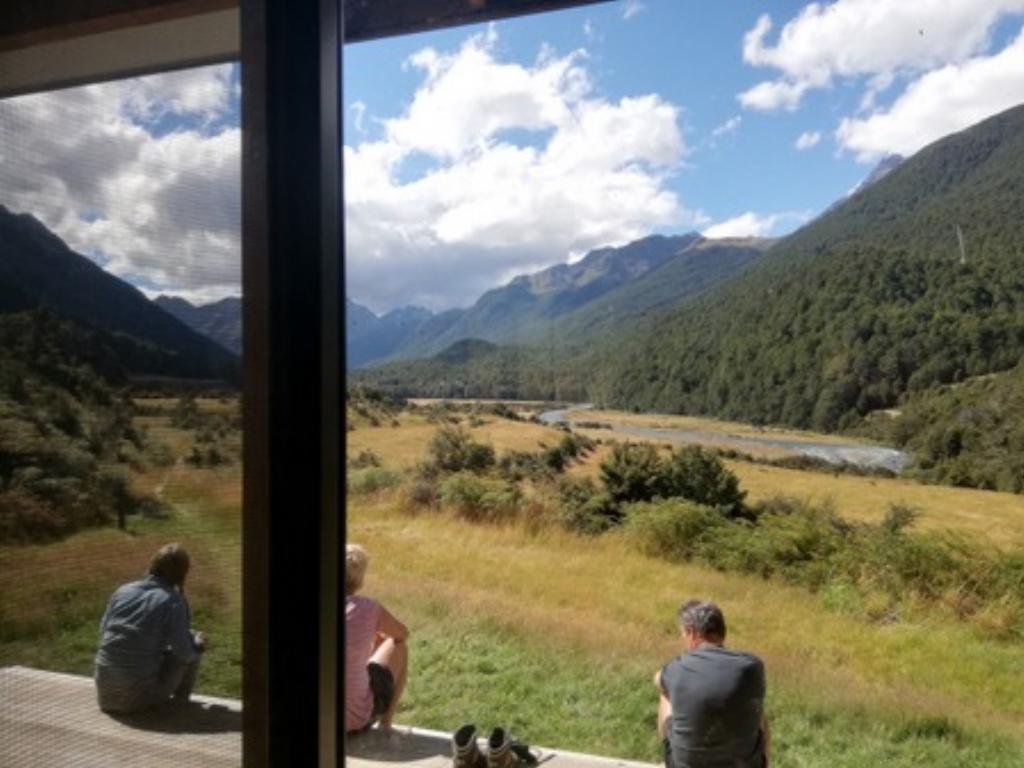 The Greenstone Valley is lovely majestic country. It was an easy walk through tussock river flats and beech forest, taking 6 hours with lots of stops for photos and general sightseeing.

It was a sunny warm afternoon so Alison and I went for a refreshing swim in Lake McKellar. Don and Chris went to the river and Christine explored the track from McKellar Lodge.

A pleasant evening was spent sitting in the sun outside the hut. 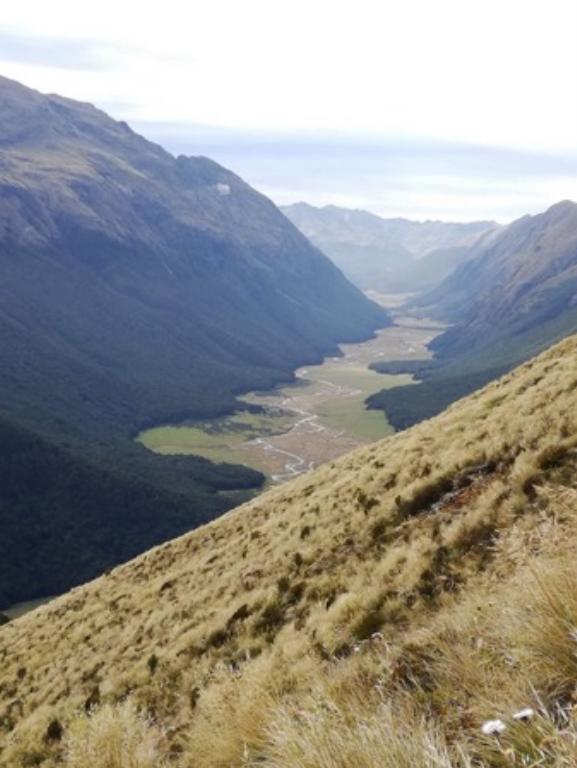 We decided to stay another night at McKellar Hut because the weather forecast was for wind and rain, and also the great photos Christine had taken on her walk yesterday afternoon.

So with Christine leading the way we went up the route to point 1543 onto the Livingstone Range. This is a track used regularly by guided groups staying at McKellar Lodge.

There were great views of the Greenstone Valley and McKellar Lake.

It was cold and windy so we were back at the hut for lunch.

Soon the hut was filling up - that night there were 36 staying and we were the only Kiwis. There were even some families - the youngest was a 7 year old.

We played quite a few hands of 500 to pass a rainy evening.

The ungraded track zigzags up to McKellar Saddle. 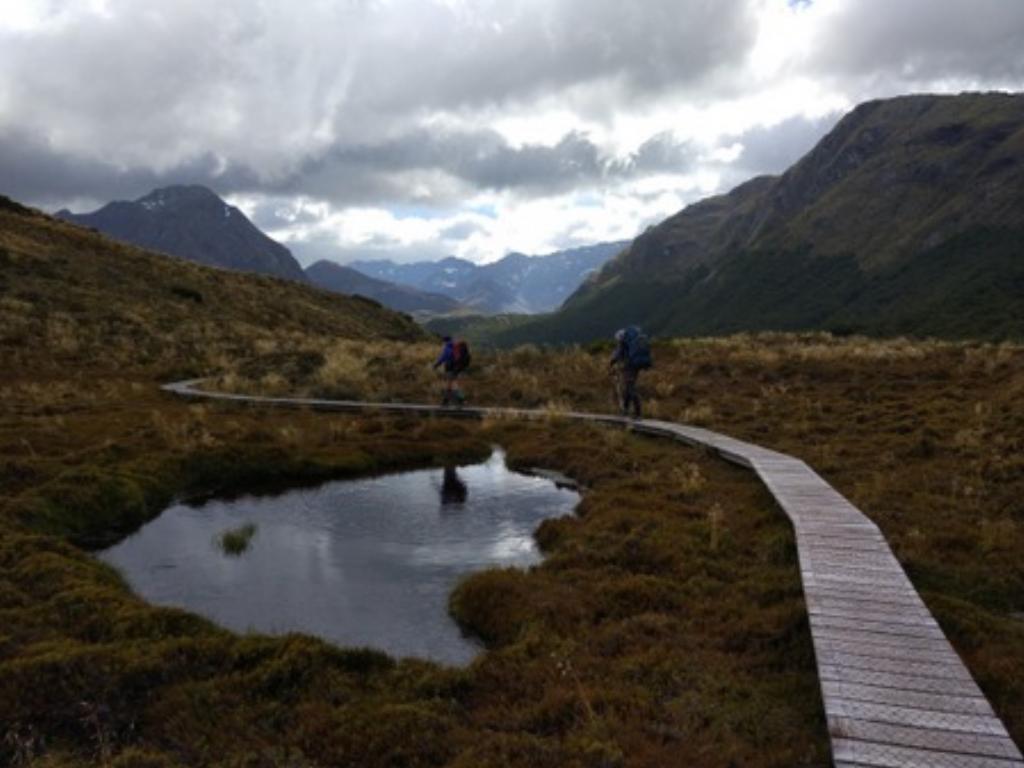 There is board walk at the saddle across an area of interesting subalpine vegetation.

The views were lovely.

It was a long descent through beech forest and then grassy flats.

We passed the deerstalkers' Upper Caples Hut that would have been a good place to stay away from the crowds. The Mid Caples Hut has wonderful views and even though it's near the road, was not busy. 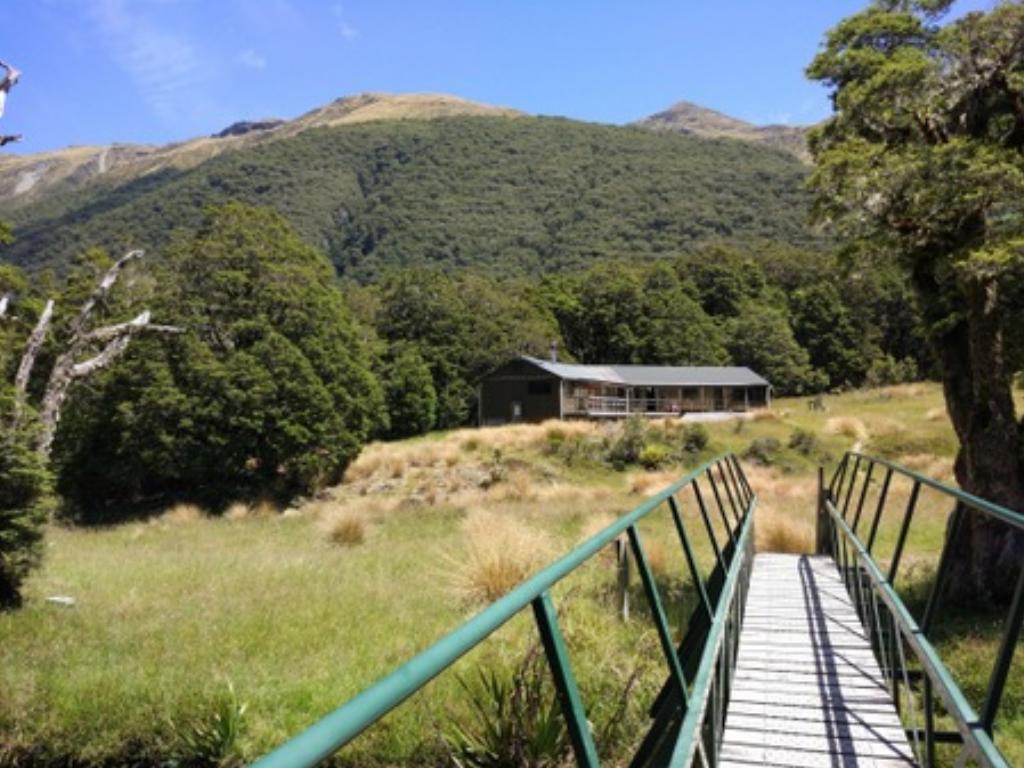 We walked down the river a bit and found a swimming hole and had a freezing dip.

Just after the hut there is a bridge across a spectacular gorge.

It was a nice walk down the valley and we reached the road by 11 for our 12 o'clock pick up.

So ended a lovely tramp that passed though beautiful country.

We had enough time for lunch by the lake in Queenstown before departing.