Recipe for a fun trip with Hobbits on the Hollyford 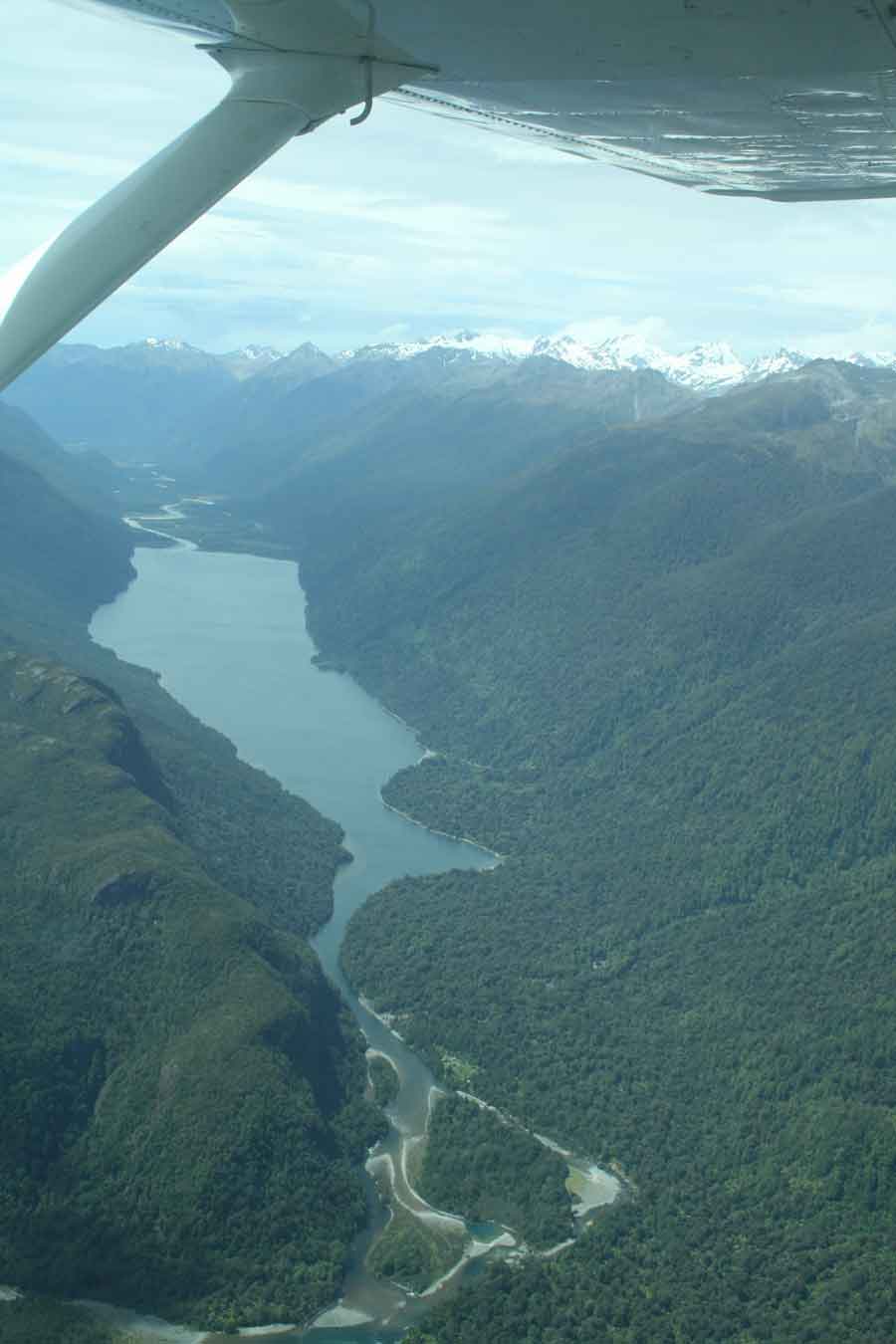 · Select a track with slippery green rocks
· Pick a weather window with heavy rain forecast in the heaviest rainfall area in NZ
· If humour required, ensure a few 3 wire bridges are available on the trail, and find a hut companion wilding an axe near your socks.
· A willing hitch hiker to collect wine

How to mix
On a fine sunny day take a flight from Queenstown to Martins Bay, its worth any pain of travelling with hobbits, with spectacular views of the Dart & Hollyford Rivers, the Routeburn track and later Lake Alabaster and Mckerrow. Martins Bay hut at the river mouth provided a welcome rest for two nights, with opportunities to watch the sea pups playing in the rock pools and some fabulous sunsets. Even Paua for dinner courtesy of some local with a boat.
Accept that long legs are an advantage cruising Fiordland tracks when glancing at the antics of my companions, at times rolling themselves onto rocks while they clambered their way along the tracks under their heavy loads and walking poles.
From Martins Bay hut to Hokuri Hut offered the first 3 wire bridge just two short “break you in” types before a long higher version that required a ladder to reach it. No one made eye contact or mentioned what we were about to do. Everyone found their own version of slide or shuffle to cross and made it safely with varying degrees of deadly white complexions.

Hokuri hut offered an unexpected ingredient, - the medium ATC party who had changed their plans and walked the Demon trail first. We reached Demon Hut the next day after 6 hrs of slipping & sliding but enjoyed the fantastic scenery. Two other trampers greeted us who were awaiting a rescue party for the heart condition one had developed. Their other party had been sent to get help.
Chopping firewood inside can be hazardous to tramping socks. Fortunately the accidental slip captured an unoccupied drying sock with the tip neatly trimmed. After much hilarity, New Year’s Day was spent neatly making sock repairs, after seeing the girls off with a drenched ‘Jet boat hero’ who had forced his way along the lake through high winds, torrential rain and huge tree debris to reach the hut. He advised us we were in for a further two nights enforced break and not to attempt the wire bridges as they had lost a tramper off one the year before.
Hobbits' heavy packs have their advantages when marooned in huts, so face packs were enjoyed by all while we waited out the rain, secure in the knowledge we had plenty of food and treats, even wine to finish off! We later heard the girls were flown out on a helicopter back load later that day.

Never ignore extra ingredients when offered. New years evening the fast ATC party, drenched, but bouncing with energy with their 10kg packs soon filled the hut. They spoke of the chest high water they’d traversed on the ‘beach walk’. They appreciated the hut decorations- (more items from heavy hobbit packs!) Just before lights out – we made space for three soaking girls who had forced their way through chest deep water from the other direction. 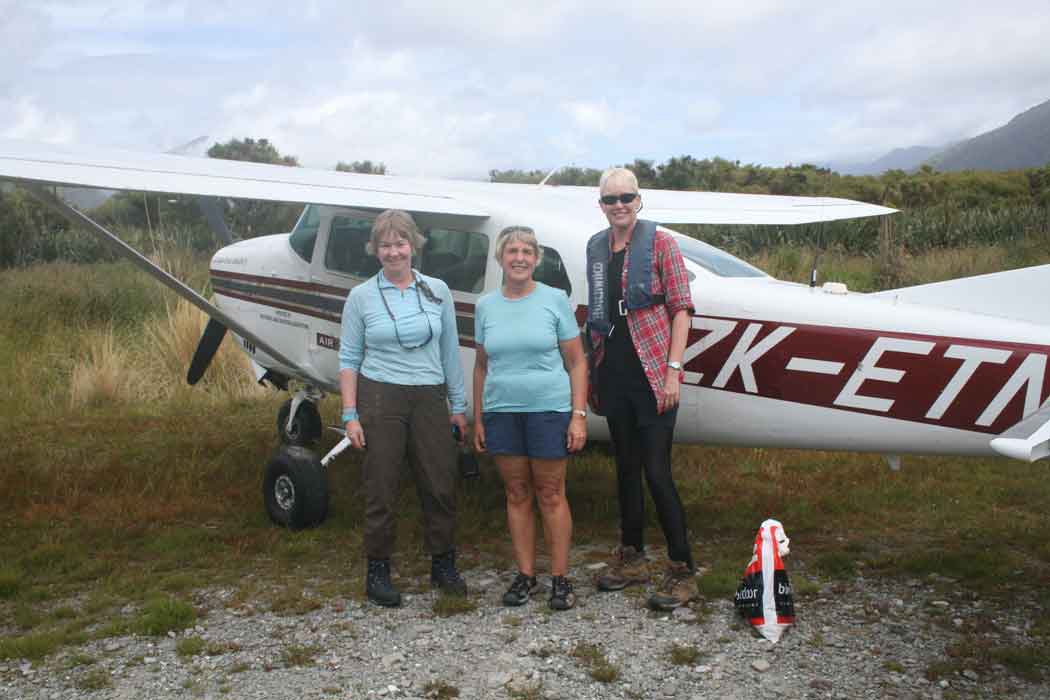 A fine day and the walk to Alabaster hut was stunning. No chance of reaching McKerrow hut cut off by the fast moving high rivers. It was the last of the 3 wire bridges which gave way to easy grade manicured paths and sturdy bridges for the ‘tourist walkers’ who use the track from Hollyford road end to Alabaster hut maybe stopping off at Hidden Falls or the tourist hut on the way. The roar of Hidden Falls pounding the rocks below was worth the short side trip.
Big Blue was there to pick us up and we joined the fast group at eclectic Gunn’s camp for a night while we waited for the last group to make their way out.
To complete any trip, look for a willing hitch hiker (Ian) for a wine collecting adventure to Milford sound so we could all round off 9 days in style.
We were: Liz Eden, Jackie Hillman (Thanks for writing the story Jackie) and Jeanine van der Toorn.