Wendy woke with a jolt, every sinew in her body on high alert. A pair of red orbs inches from her face pierced the darkness. So she did what any self-respecting tramper would do – let out a petrified shriek and flailed about wildly in her sleeping bag.

Down with the tent zip and out with anything remotely resembling food. Only when the salami arched away into the distant darkness did the rat calmly exit via the hole he’d gnawed through her tent inner. 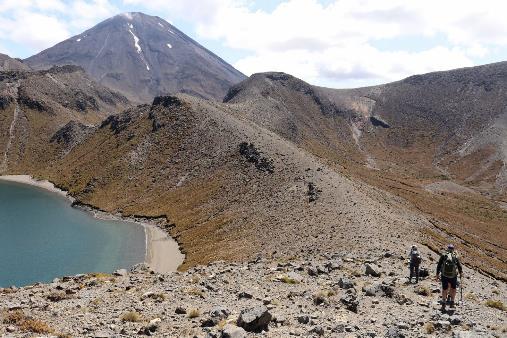 By about now the rest of our group would surely have come sprinting to her assistance, right? Err, no. We all slumbered on, oblivious to her plight. So Wendy set about retrieving her food and repairing her tent with tape and .. um .. certain items that no male tramper would ever carry or know what to do with. Damn fine job too by all accounts.

The rat had not only dealt to her tent but punctured her mattress and put a hole in her sleeping bag as well. Bastard!

About now Wendy may have been cursing my suggestion of a wee off-track addition to our trip. We were the latecomers who’d missed out on Robin’s official Round the Mountain group so had cobbled together a carload for an unofficial group heading in the reverse direction. We’d stayed at Forest and Bird’s Whakapapa Lodge along with the official mob on Thursday night, then headed off clockwise first thing Friday but detoured up and around the Tama Lakes and onto Tama itself. 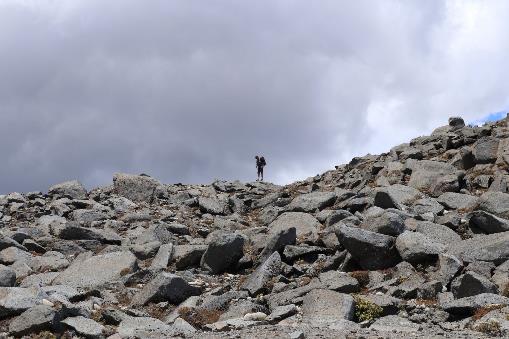 From there we’d dropped off onto the ridge leading down to Waihohonu Hut and off that to camp by the only water within cooey – the Waihohonu Springs.

Next day Alex headed off pre-dawn before the rest of us were stirring, determined to beat the ferocious heat and get to Rangipo Hut as soon as her Innov8s could carry her. The rest of us took some time to admire the Waihohonu Palace, check out the historic hut, and visit the Ohinepango Springs. Alex had a point about the heat – it was seriously debilitating – and we struggled into Rangipo Hut somewhat later than we expected.

That’s where our second problem arose. Rae’s feet had taken a disliking to her shoes and were blistering up enthusiastically. The following morning she managed to hobble 20 metres and it looked like it was all over Rover. 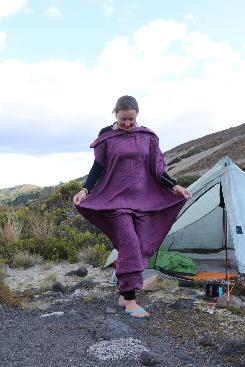 But … Alex to the rescue. There was a reason she was wearing those tatty old Innov8s. She was trying to kill them off and had a spare pair of lovely wide Altras in her pack. She fished them out and they fitted Rae like a glove. Well, you know what I mean. 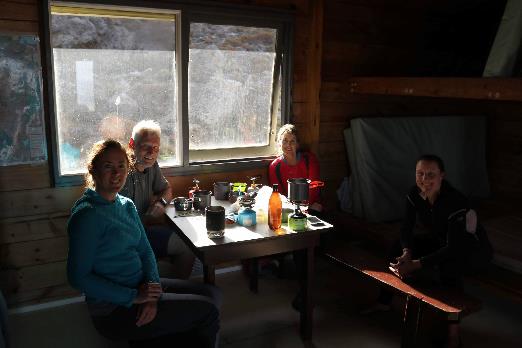 A couple of hours on we crossed with the official group, then trundled on in the heat to Mangaehuehu Hut. There we reassessed. We’d planned on carrying on to Blyth Hut, but when Rae revealed an impressive new total of 9 blisters, including the amazing Bertha dominating one side of a foot, we convinced her she should probably call it a day.

So we all spent the night at Mangaehuehu Hut and next day Alex and Rae walked out to the Turoa road, hitched down to Ohakune, bussed around to National Park and spent two nights in the lap of luxury. 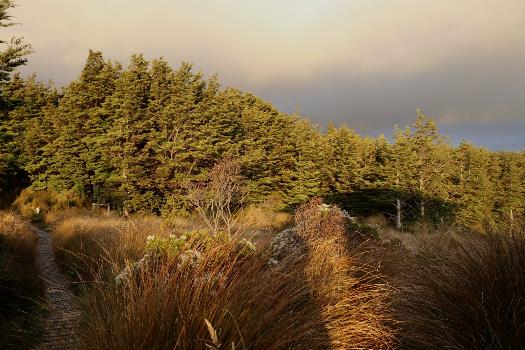 Meanwhile Wendy and I had set off at 6.45am and greatly enjoyed the jaunt out to the Turoa road then down the cascades through to Mangaturuturu Hut. But on the slog up to the ridge past Lake Surprise the heat started to make its presence felt – again. And it only got worse on the long undulating trek across the exposed western flanks of Ruapehu.

Slower and slower we got, every rise and incline a challenge, any hint of a hill an ordeal. T-shirts and headwear were dunked in every stream – did I mention it was hot? ....... Finally we shuffled in to Whakapapaiti Hut a bit before 5pm. 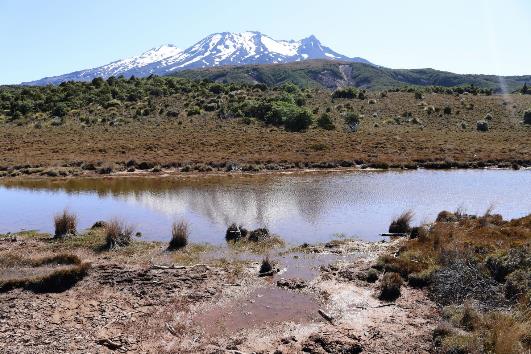 Next day we skipped down the track to Whakapapa, picked up our indolent companions at National Park and headed off for an enjoyable progressive lunch on the way home. 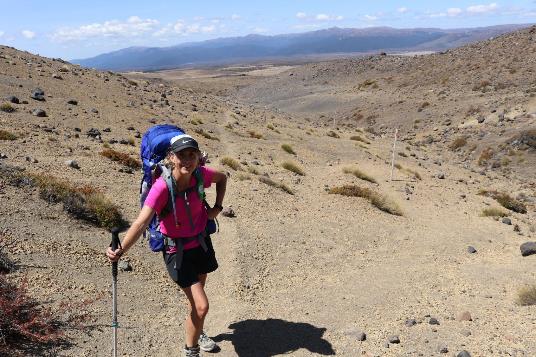 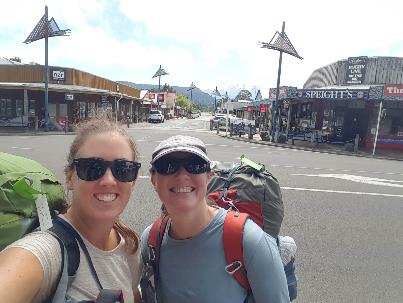