The trip started on Wednesday 5th. There were 22 people in total, 16 of whom came on the bus. The bus took a detour by the Hamilton airport, along roads most of us had not seen before.

We stopped for dinner at a Thai restaurant, Jasmine’s, in Taumarunui. At 7pm the group arrived at Taumarunui Canoe Hire, where we stayed the night.

The first thing of significance happened when the skylight broke on the bus. It took some time to clean all the glass out.

After tying everything onto the canoes and practicing paddling we were ready to go. We quickly came upon our first set of rapids, which was one of the 2 big rapids that they mentioned in the briefing.

Somehow Fay fell into the river, but her boatmate Robin didn’t. By lunchtime Dennis and Andrew had also fallen in. They blamed each other, but as they were obviously struggling we had to split them up with another more suitable pair. 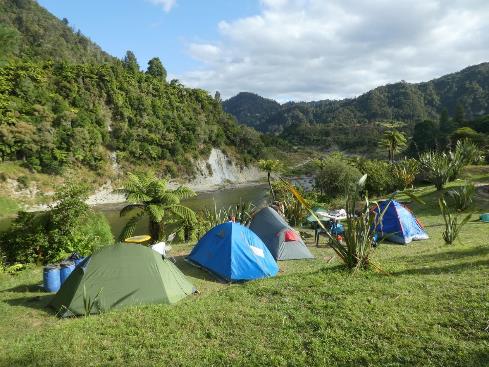 The river was generally very still which made it harder to paddle, and it was always a relief when we had the rapids beneath us. Each day we would see animals along the banks of the river - cows, horses and goats (a lot of goats).

Like all the other days the weather was hot. Our group made good time and only had a few quick stops. On the first day we made it to the campsite at Maharanui and set up the tents. No one else came to the campsite so there was enough room for everyone even though the campsite was small.

The second day was much like the first except longer. We came across more people who had started at Whakahoro.

That night we camped at John Coull campsite. The campsite was extremely popular with both the hut and tent area full. Robin ended up breaking the pump for the water, leaving us wondering where we were going to get our supplies from. 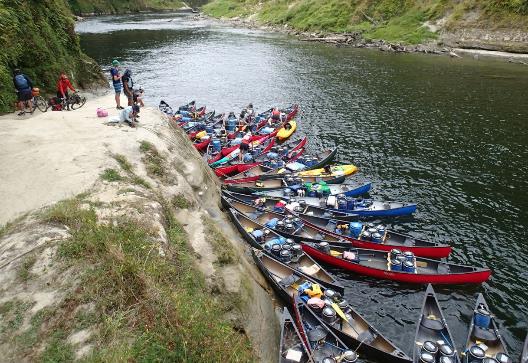 At exactly 9 o’clock we saw bats flying just above the trees.

On day 3 we got up early so that we could be ahead of the other groups. Certain people in our group wanted to arrive at the Bridge To Nowhere stopping point before it got too congested. 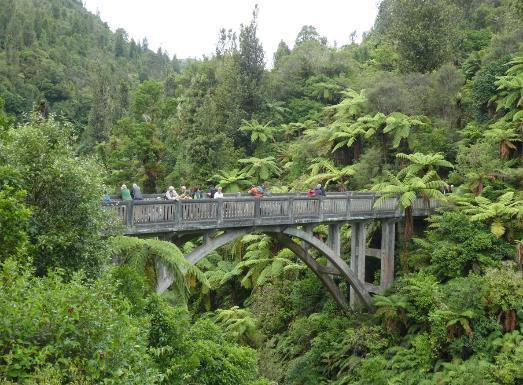 We stopped off to do the walk before heading out again. And we also wanted to get to the next campsite at Ramanui as soon as possible so that they could go up to the bar and grab a few drinks, after living on simple food for the past two days.

It was the longest day and by now everyone had very sore muscles. Many hours later we docked and set up camp. It was Vincent’s birthday, and Teressa had brought a few extra items. But they were nothing like the real flash meal that a group of lady canoeists had brought with them, right down to meringues and berries and cream and table cloths, with nice crockery and cutlery. 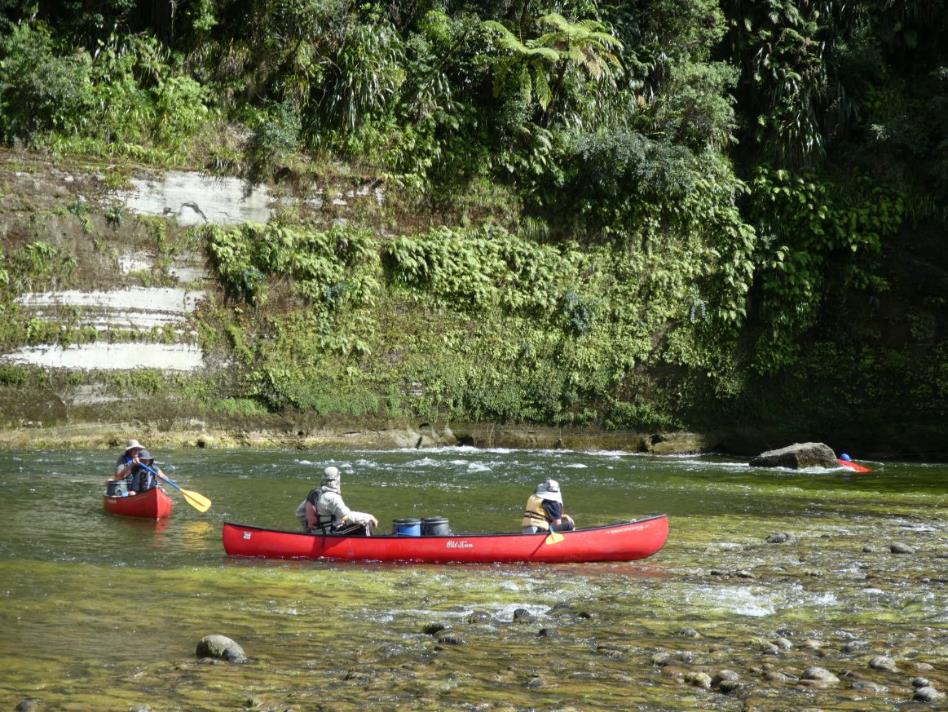 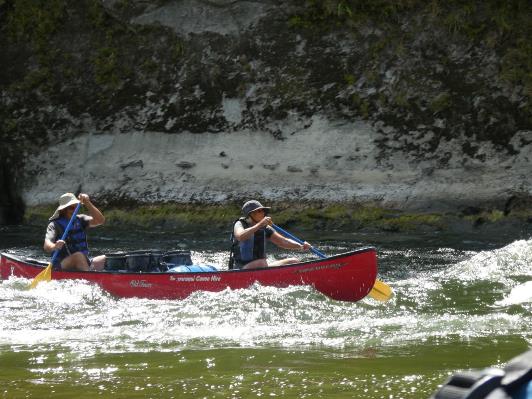 The final day was the best. After paddling for a while we came to the rock that our leader, Bill, kept informing the group we had to go to the left of.

Everyone in our group managed to make it past the rock without any major difficulties, although many were not to the left, but a canoe from another group managed to smash up against the rock and were tipped out. We provided what assistance we could, but the boat was unable to be rescued. 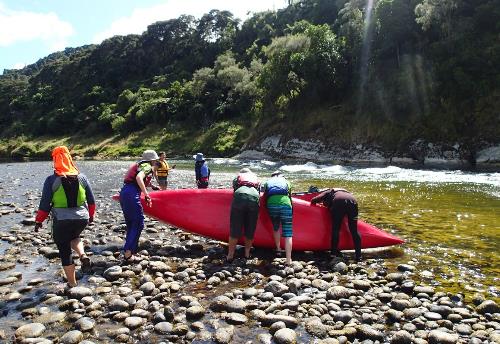 Just a little further on we came to the 50/50 rapids which were the last and hardest of the rapids on the trip. Rudy and Elsa went overboard as well as canoes from other groups. One canoe sunk as they were going down the rapids.

Before long, we were at Pipiriki, where the very nice people from Taumarunui Canoe Hire fed us fresh muffins and fruit juice, and then took us back in the air-conditioned bus to Taumarunui. 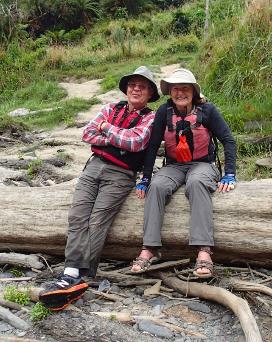 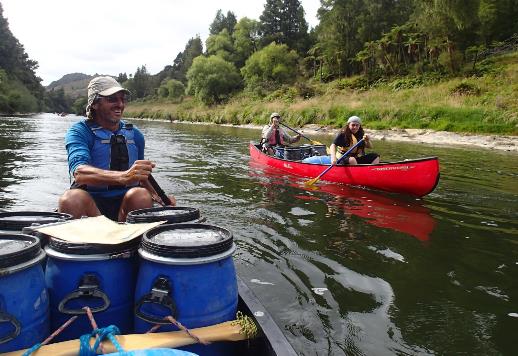 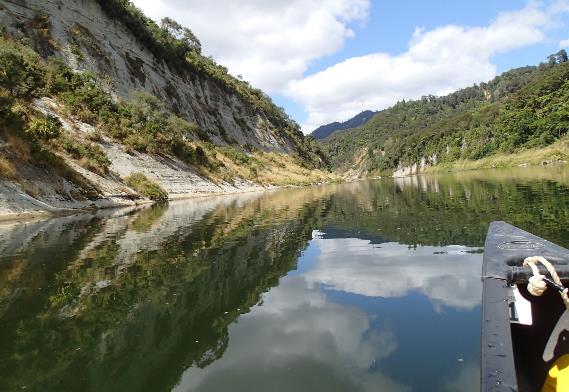