Time to Start Tramping and Boil the Billy 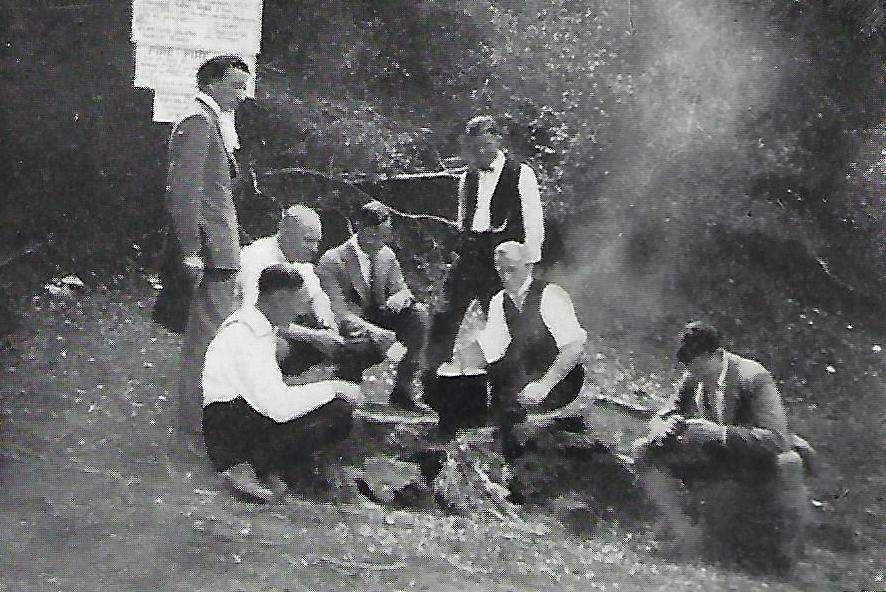 The founding club hike occurred on October 18th, 1925, to the bottom of the crater on Rangitoto Island.

A few firsts occurred there - the first cup of ATC tea, the first committee meeting, and the first subscription payments!

It was agreed to run a tramping trip every Sunday, so a trip programme was quickly established, and even in those early days this quite often involved two trip options - a longer tramp and a shorter one. 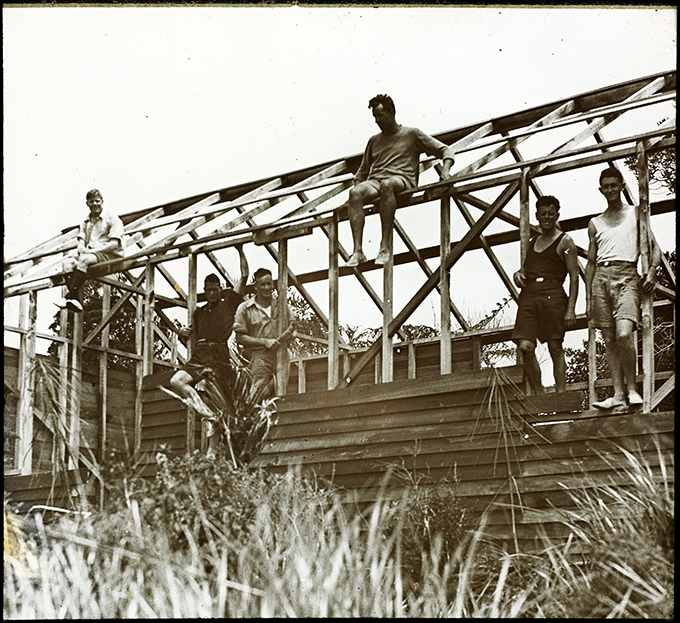 Membership grew steadily, with many day and overnight tramp into the Waitakeres - then an area quite remote from the city.

A desire for a permanent weekend base there resulted in the club purchasing a block of land of regenerating farmland near Anawhata Road and constructing a hut - Ngaro Te Kotare (The Hidden Lookout).

This quickly became a centre of club life with many trips and social occasions taking advantage of this special location as the bush grew up around it.

Ngaro Te Kotare still stands, has been well maintained over the years and continues to be enjoyed today -  read more. 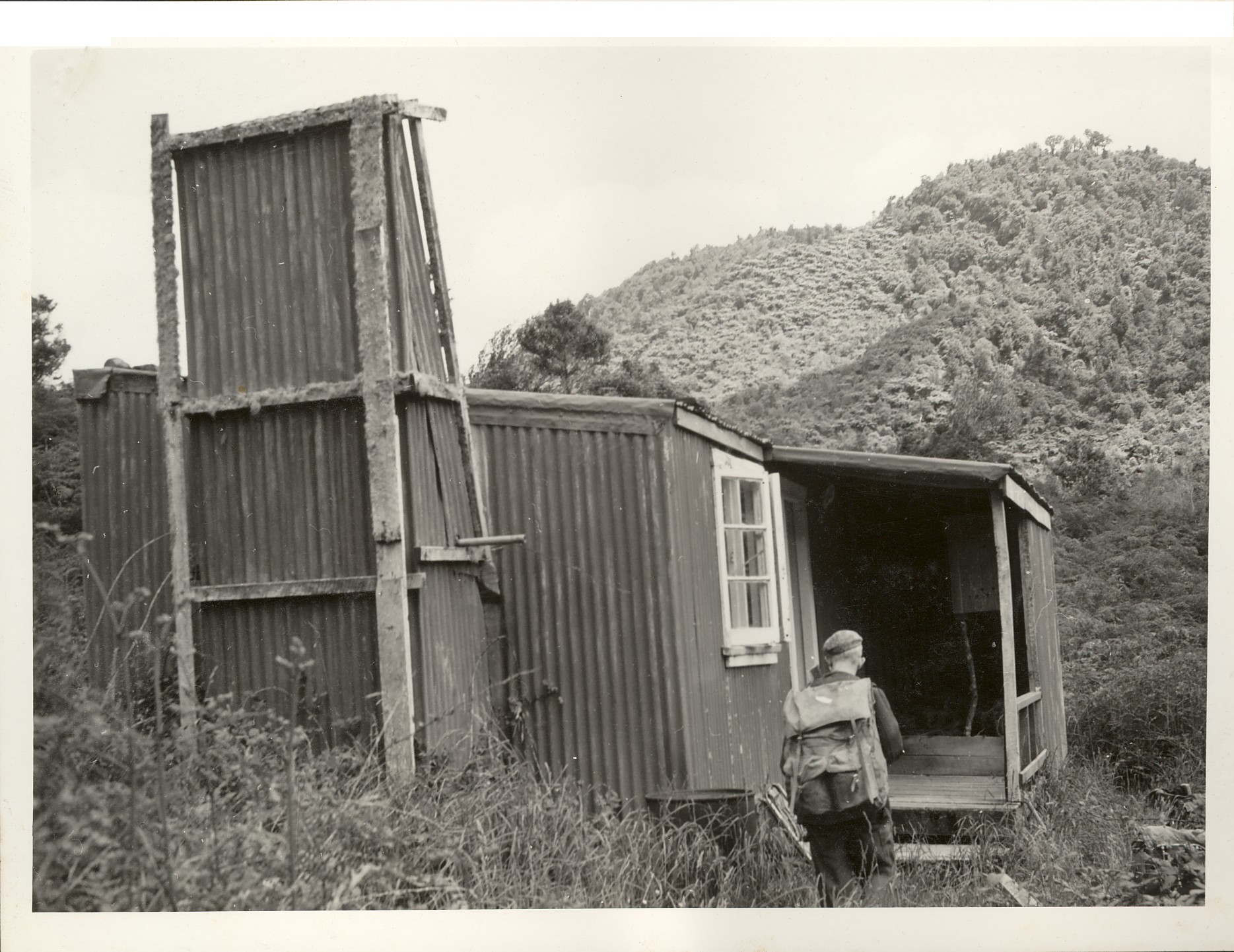 But city expansion continued and transport links improved, so that within a decade the Waitakeres was no longer the isolated haven that it had been previously.

In 1937 the club then built a second hut - Te Hapua (Sheltered Hollow in the Hills). This was located beside the upper Mangatawhiri River in the Hunua Ranges.

This too supported many overnight tramps into the area - a recent compilation of trips run in the area refers to many tracks and routes that no longer have any trace or current knowledge.

Unfortunately the hut had to be demolished in 1961 as a result of the valley being taken over for the construction of the Upper Mangatawhiri water reservoir.

Transport for an Adventurous Club

By the 1930's trips further afield were starting to use truck / bus transport, so as to take trampers closer to road ends, and to provide a base for the time away.

This allowed multi day tramps to occur all over the top half of the North Island - and further afield too. Transport could be just a little bracing though! (Compare our luxury Club transport of today.) 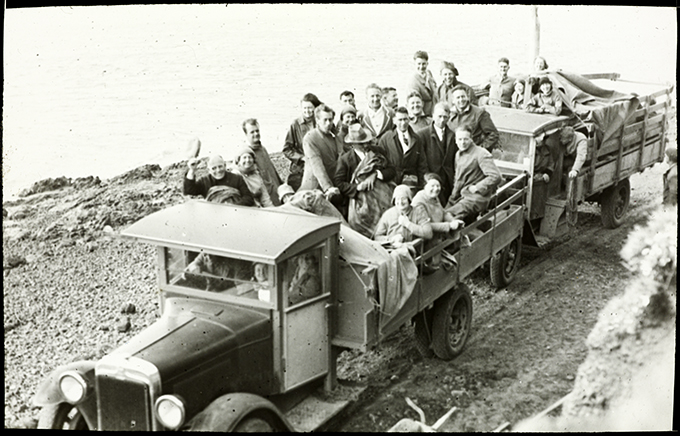 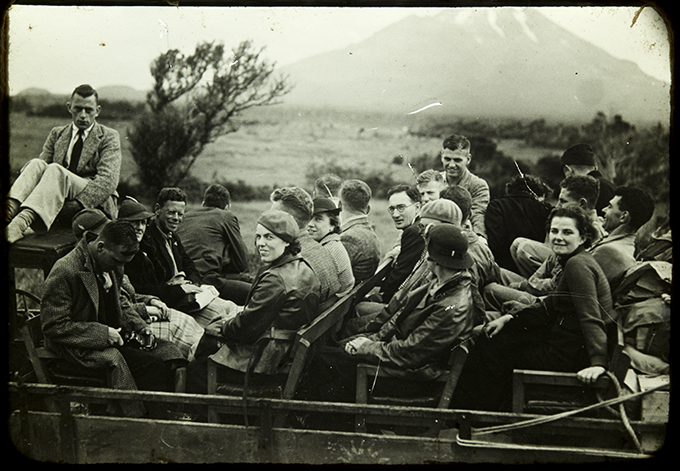 Some of the bridges were very adventurous too - they would terrify today's trampers! 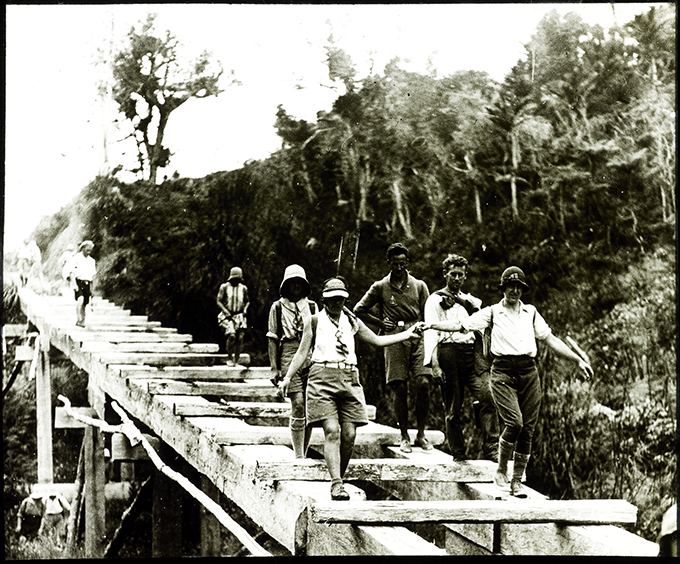 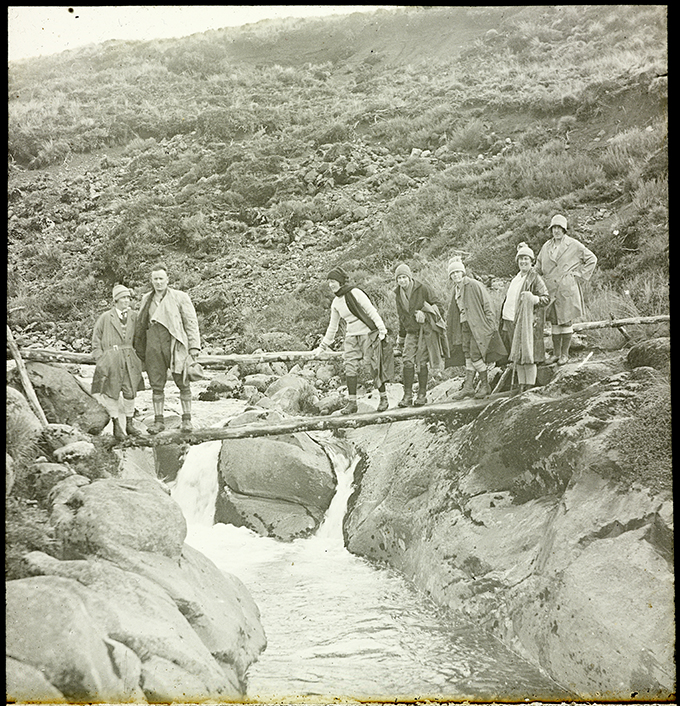 Wanderlust - It Says It All

The club's monthly magazine, Wanderlust, was first produced in 1936, and has continued 11 monthly editions per year since. The first photo below shows the cover header of the very first edition.

In 1941 the front cover header as we know it was introduced (second photo), and remained unchanged until 2015, and the current form is from 2018 (third photo).

Wanderlust is always a great place to find information about upcoming tramps, fun trip reports, and other information useful for keen trampers. 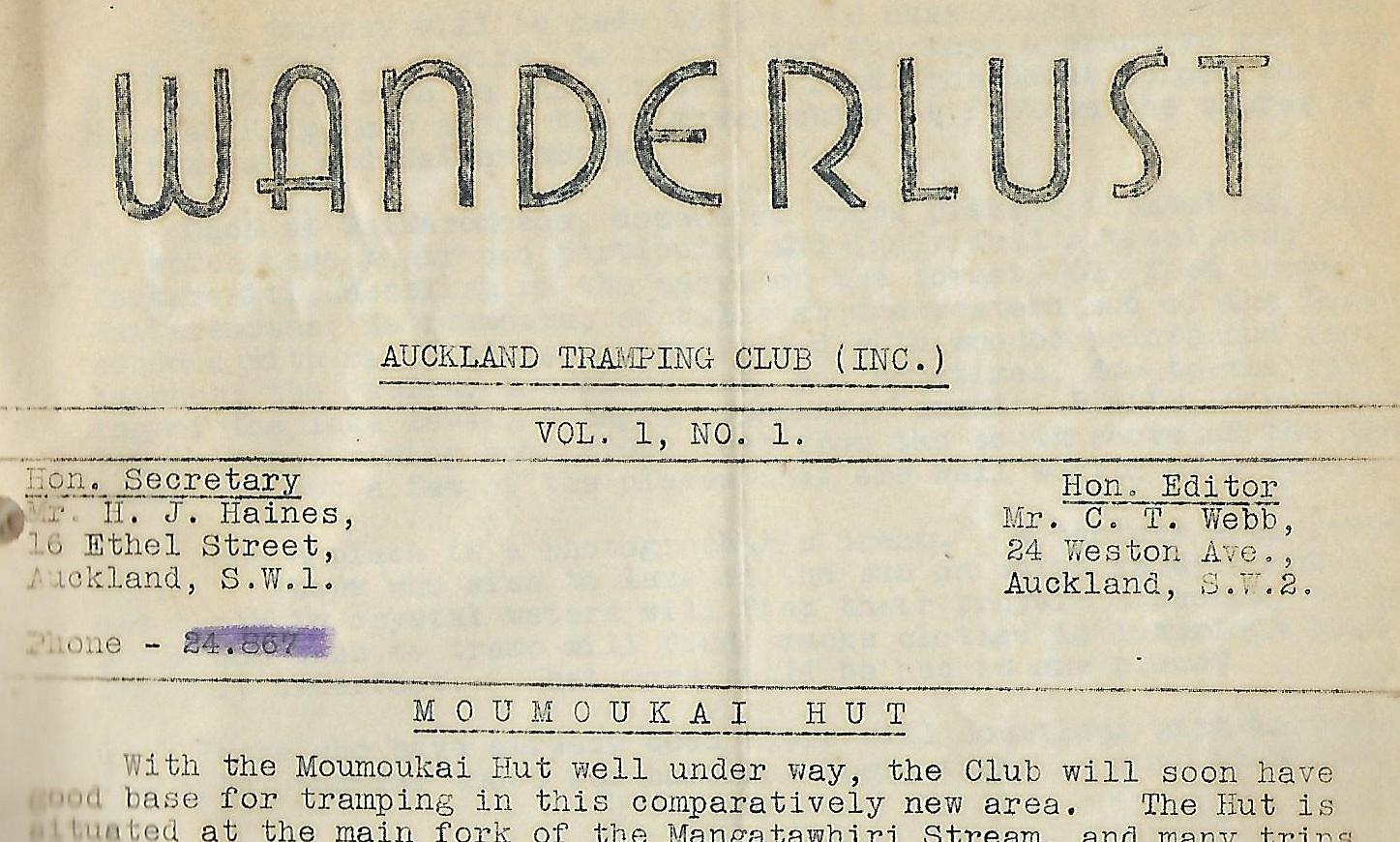 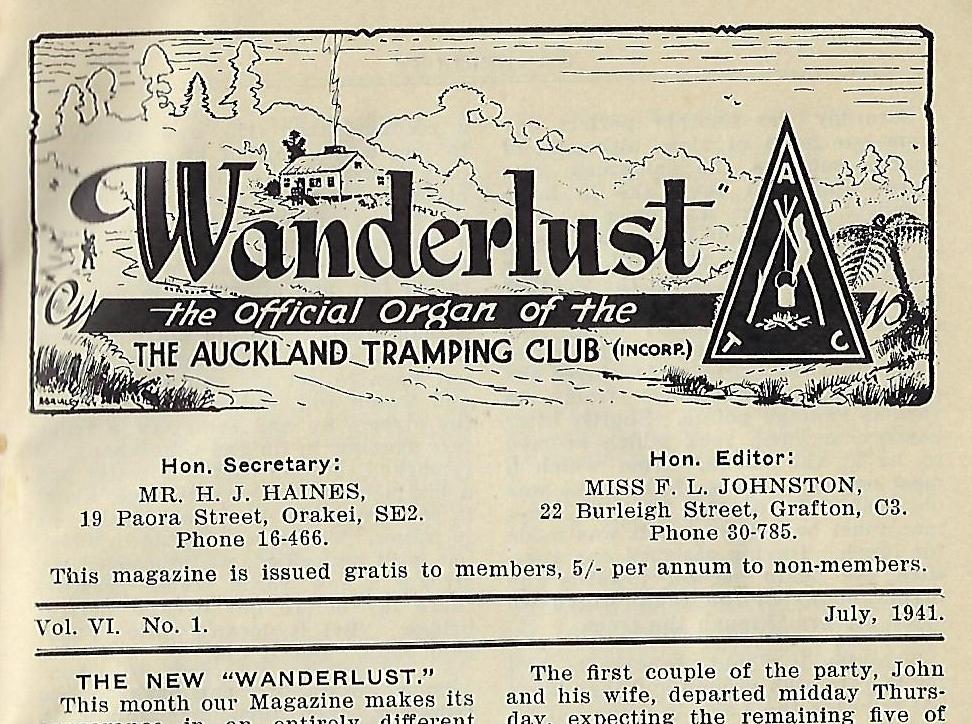 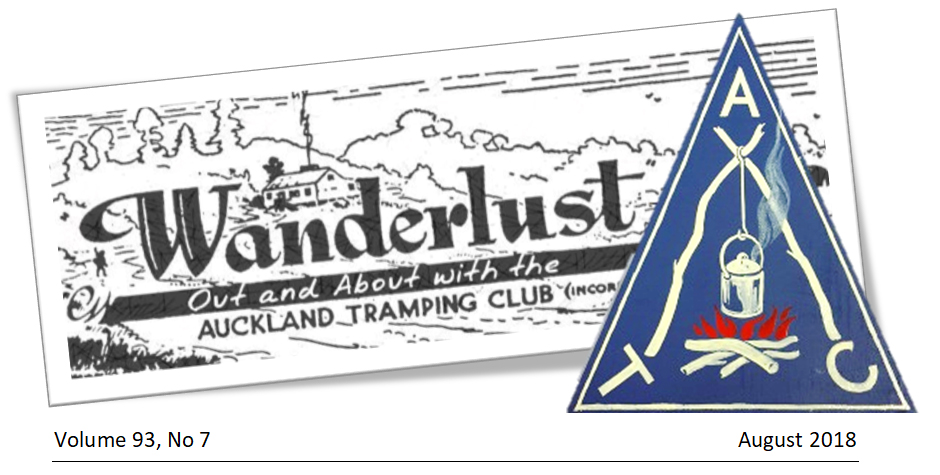 The club's third hut was Memorial Hut at Mt Ruapehu, built by members after the end of the second World War, and named as a memorial to ATC members who served and died in that conflict.

It too has a long history which is summarised in the Memorial Hut Page. Major amounts of club members' time went into the initial construction, some major extensions, as well as the challenging requirements of maintaining a hut at 1580m altitude in an exhilirating alpine location. 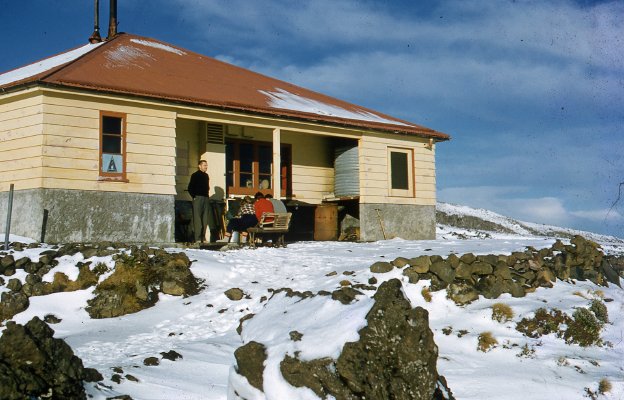 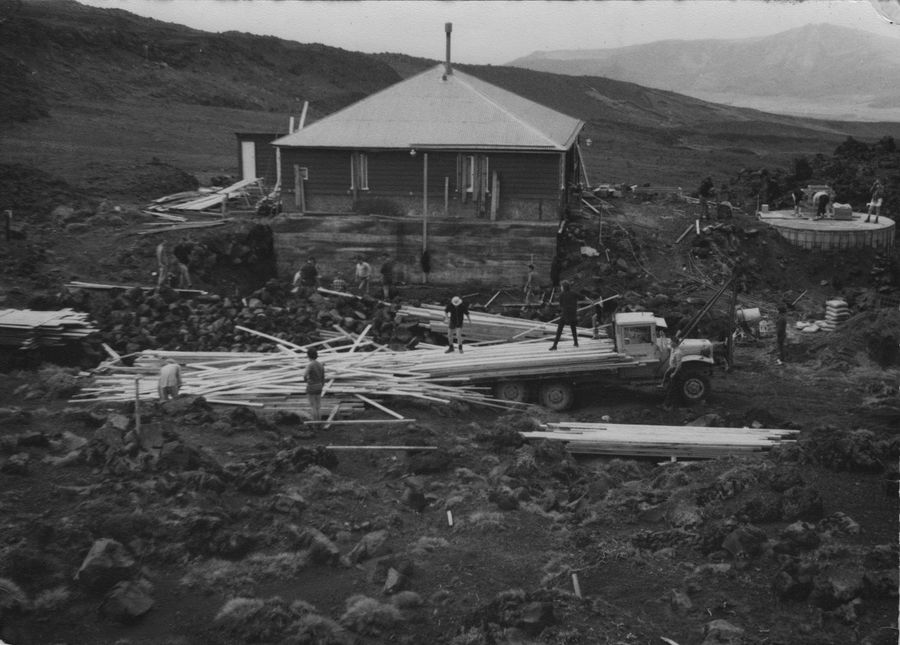 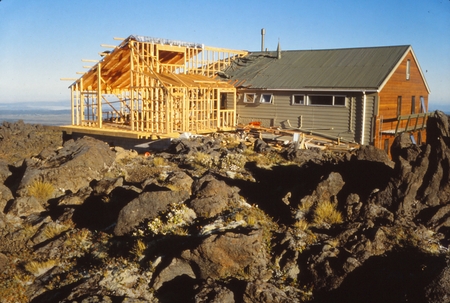 We Graduated from Trucks to a Bus

Over the years we have had a few buses, and a really grand band of drivers.

The first two photos show earlier ATC vehicles, the last two our previous bus being manoeuvred in a tight spot, and our latest bus under construction. 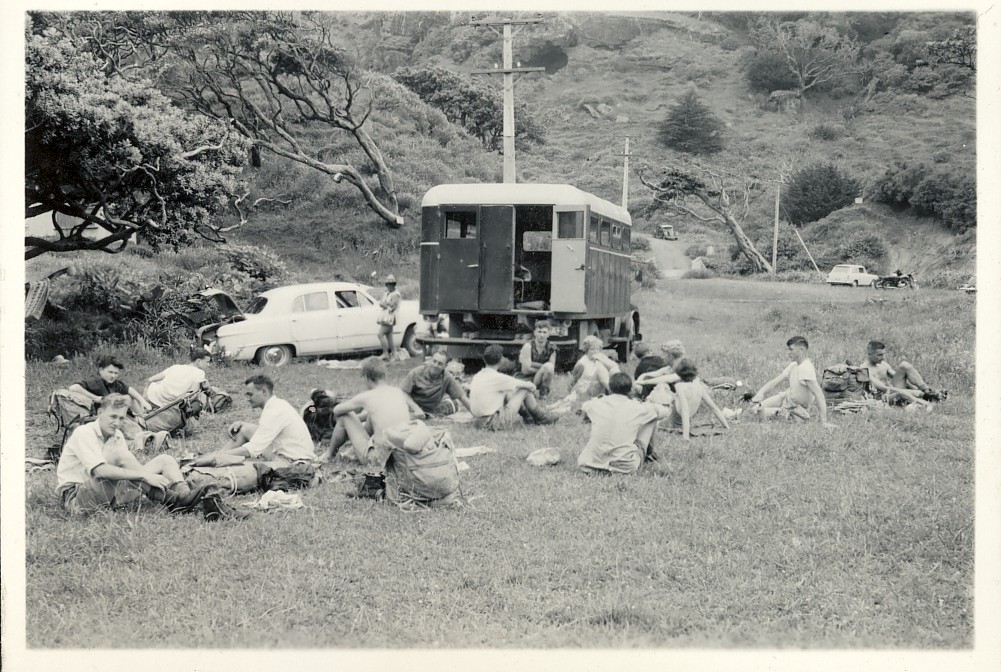 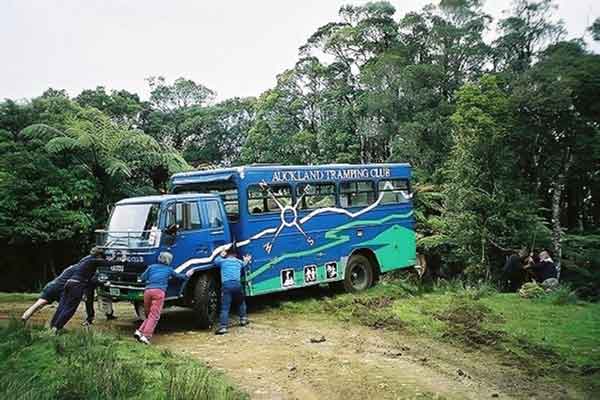 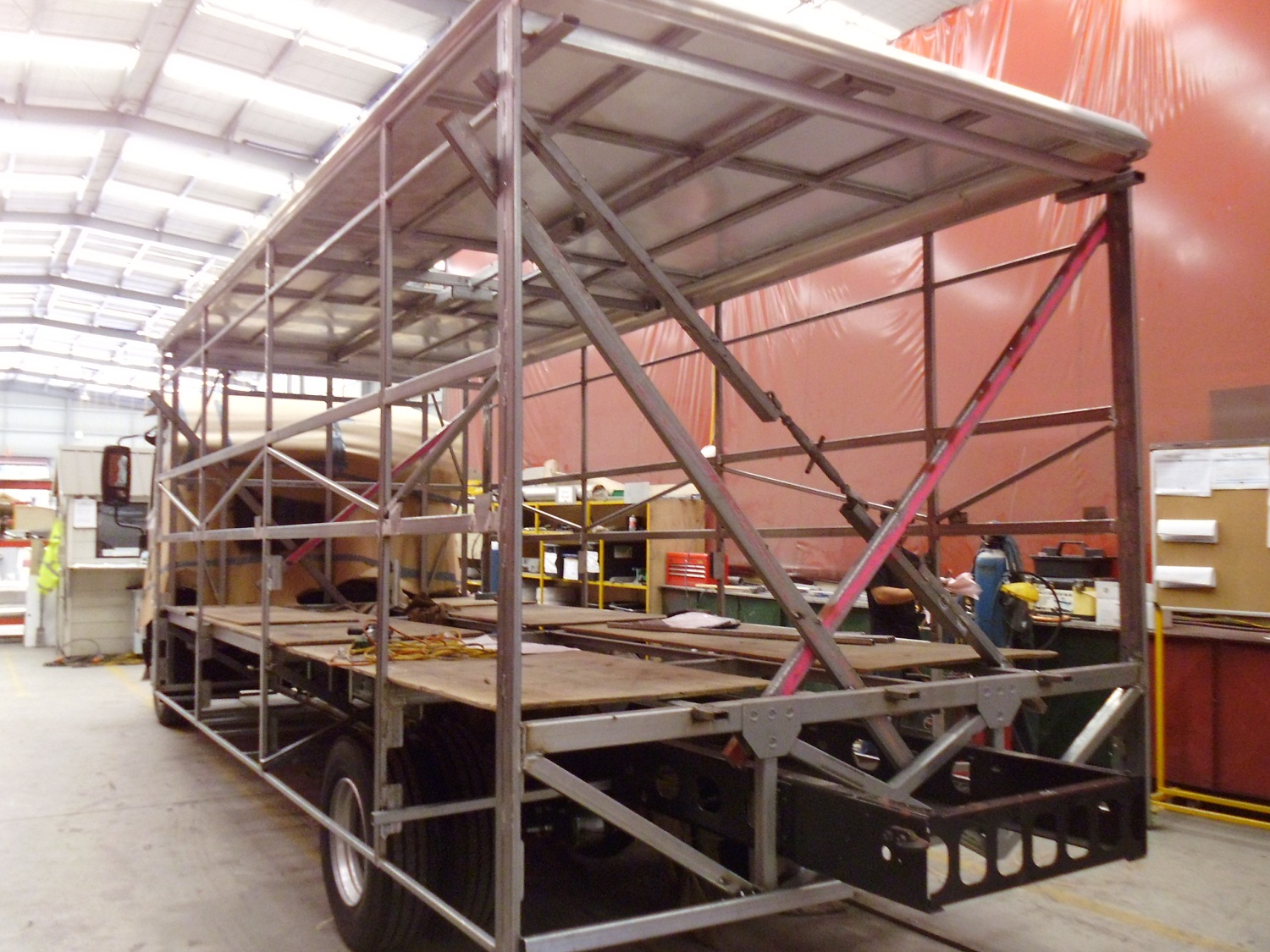